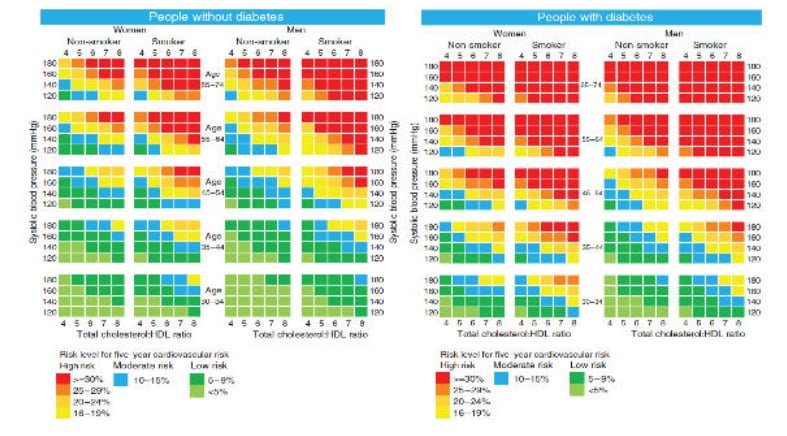 Cardiovascular disease risk charts for Aboriginal and Torres Strait Islander men and women (with and without diabetes). Link to chart is in article below.

Tools used to predict risk individual patients’ future risk of cardiovascular disease (CVD) are inaccurate for use in Aboriginal and Torres Strait Islander populations, according to results from a new study.

The researchers involved have developed new tools for predicting risk in Aboriginal and Torres Strait Islander people, according to the article below by three of the study’s co-authors, Ms Xinyang Hua, Dr Mark Wenitong and Professor Philip Clarke.

The study – which has been made open access to enable widespread dissemination (download here) – was undertaken in remote communities in far north Queensland, and has potential implications for health service delivery and primary prevention.

Framingham is a relatively small United States town on the outskirts of Boston. It is known around the world because much of its population have been part of a long-term study on cardiovascular disease (CVD).

The Framingham Heart Study which began in mid-50s has contributed much to our understanding of what factors can be used to predict a person’s risk of cardiovascular disease.

The Framingham study is important for Australians, as we have no equivalent study on which we can use to accurately predict cardiovascular risk for our population. 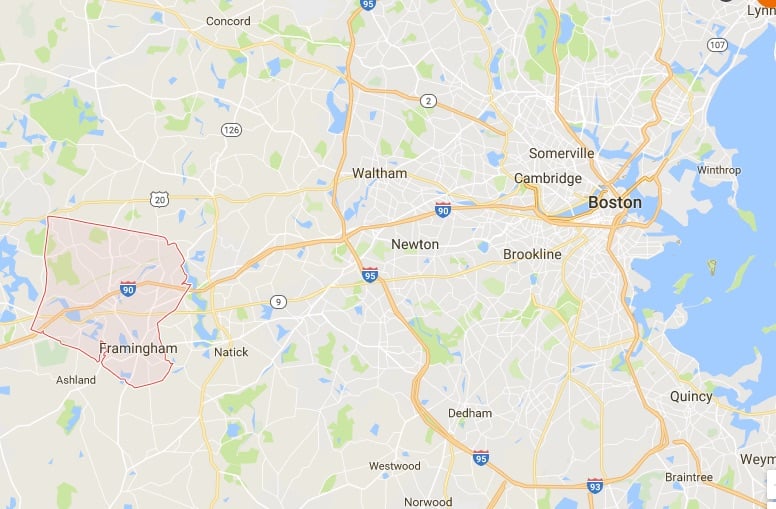 In many countries risk stratification – which predicts a person’s risk of disease over a five or ten-year period – has become central to the targeting prevention strategies for CVD.

For example, guidelines for the prescribing of statins in the United States, England and New Zealand all use an algorithm that involves calculating a risk score and then treating if a patient’s risk exceeds a certain threshold.

Here current guidelines such as those put out by the National Vascular Disease Prevention Alliance for the prevention of CVD rely on tools derived from the Framingham population based on a study published more than a quarter of century ago (with some modification for those known to at high risk of CVD, for example, individuals with renal disease).

For Aboriginal and Torres Strait Islander populations, the same approach is recommended with an expanded age range. However, the developers of these guidelines acknowledge that there is little empirical evidence supporting the current risk classification system (a combination of level D weak evidence plus a consensus-based recommendation)

The study is based on up to 14 years of follow-up information from hospital and death records with clinical information collected as part of the Well Persons Health Check study involving several remote Indigenous communities from Far North Queensland.

The study found that the Framingham model, even after taking into account risk factors such as higher prevalence of smoking, significantly underestimates the cardiovascular risk by around a third in this population.

It adjusts the risk predictions upward through a process known as calibration, so that it more accurately predicts risk for Aboriginal and Torres Strait Islander people in these remote communities.

A clinically useful way of displaying an individual’s risk is though a chart (see figure above in feature image), which facilitates risk assessment.

Coming up with effective strategies to prevent cardiovascular disease is critical to making progress in closing the health and life expectancy gaps between Indigenous and Non-Indigenous Australians.

While this study makes a start, much work remains, including:

Systematically screening for cardiovascular risk remains an ongoing challenge and will require more resources and co-ordination with a range of primary care and allied health practitioners.

Key to this will be the development of early risk intervention teams, as well as broader community strategies such as improving infrastructure to promote healthy behaviours in Aboriginal and Torres Strait Islander communities.

Evidence is the most effective tool to help close health gaps in Australia.

Acknowledgements: We have drawn on material from our published article and would like to acknowledge the contribution of all authors to this study: Hua X, McDermott R, Lung T, Wenitong M, Tran-Duy A, Li M, Clarke P. Validation and recalibration of the Framingham cardiovascular disease risk models in an Australian Indigenous cohort. European Journal of Preventive Cardiology. 2017 Jul 27:2047487317722913.

Ms Xinyang Hua is currently a final-year PhD candidate in Health Economics at the Centre for Health Policy, University of Melbourne. Her research mainly focuses on cost analysis and simulation modelling of diabetes and cardiovascular disease.

Dr Mark Wenitong (Adjunct Associate Professor, James Cook University, School of Tropical Public Health) is from the Kabi Kabi people of South Queensland. He is the Senior Medical Officer at Apunipima Cape York Health Council, where he is working on health reform across the Cape York Aboriginal communities. Twitter: @WWeno7

Professor Philip Clarke is Director of the Centre for Health Policy at the University of Melbourne. He holds a Chair of Health Economics and his research interests include developing methods to value the benefits of improving access to health care, health inequalities and the use of simulation models in health economic evaluation. Twitter: @pmc868