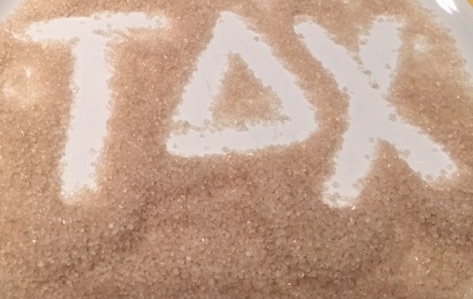 "Why not whack a huge tax on sugar?"

In the wake of the Oceania Tobacco Control Conference, University of Tasmania academic Kathryn Barnsley urges governments to get real in tackling the determinants of poor health.

Rather than discussing GST hikes, perhaps we could be looking to ways to more effectively tax and regulate the businesses causing so much poor health, she argues.

It is becoming increasingly evident that Australian governments are reluctant to tackle the vectors of poor health, the “pushers and dealers” of drugs and manifestations of ill health namely big food, big alcohol and big tobacco. These are the drivers of non-communicable diseases (NCDs).

As with climate change denial and reluctance to challenge the corporate destroyers of the planet, so too are governments shying away from regulation and restrictions of these industries.

Furthermore, the failure to challenge even deeper structures of inequality is a fundamental barrier to addressing the social determinants of health SDOH.

Indeed, the tobacco industry has, as Clifford et al state:

… co-opted and misrepresented a social determinants model of health to argue against government regulation of the tobacco market. By drawing on this model, tobacco companies are misappropriating a powerful public health discourse in an attempt to create a false dichotomy between reducing inequalities and regulating of the tobacco market.

The tobacco industry is delighted to promote the notion that smoking is all the fault of the individual, and that they could quit if they exercised “choice”.

This avoids any scrutiny, as reported by the Surgeon General, of decades of industry effort to make cigarettes more addictive. Ideology trumps evidence once again.

Terrified of being labelled “nanny states”, as Magnusson outlines, politicians shrink from taking action that would actually improve health.

The federal government is cost shifting to the states to spend more and more money on acute care, building bigger hospitals and treat millions of people with preventable non-communicable diseases (NCDs).

Politicians talk about raising taxes from the community to pay for treating these diseases, but won’t tax or regulate the businesses causing the NCDs in the first place.

Why not whack a huge tax on sugar? That would slow the rise in obesity rates overnight. It works with tobacco. It would work with sugar.

Why not label alcohol to properly warn what the real effects of excessive use are? Why not adopt food and alcohol labelling that is readable and comprehensible to anyone?

How about ending advertising of alcohol at sporting venues?

Whilst former Labor Minister Nicola Roxon was a shining international star in the galaxy of confronting corporate tobacco, no Australian political leader since then has moved on to the next steps in the endgame of tackling big tobacco.

In Tasmania a gallant independent, Ivan Dean MLC, has introduced a Bill to Parliament to phase out tobacco sales by the year 2000, but the major political parties are fidgeting and dissimulating and slow to commit to the idea.

Where is the political courage to take on industry and actually improve our health standards?

Governments have bogged themselves down in quagmire of behavioural change exhortations purportedly aimed at supporting individuals to change their behaviour, quit smoking, eat healthy foods, get more exercise, and drink less alcohol.

This looks suspiciously like finger pointing, and “victim blaming” the poor and disadvantaged for their own behaviour and illnesses.

This individualist libertarian approach masks the fact that people wouldn’t be doing these things if they were not exposed to the full frontal blast of advertising – such as alcohol ads at the cricket, unhealthy fatty fast foods and junk breakfast food ads aimed at children.

Most of these extreme unfettered ads have been removed from tobacco in Australia, but only after years of work by advocates and many battles with industry.

One of the foremost proponents of the SDOH in Australia, Fran Baum says:

….the accumulating evidence on SDH is very clear that achieving health equity will require policies that change the conditions in which people make their unhealthy choices. ….ideology is a powerful driver of policy and political actors with a strong commitment to neoliberalism and individualism are very likely to be to drawn to behavioural solutions and to use power over the representation of social issues to maintain this stance.

Evidence is not likely to change the ideology of these actors. ….. too little attention has been paid by public health actors to the importance of ideology in their efforts to translate evidence on the SDH into practical policy. [Emphasis added]

Other leading Australian academics such as Moodie have emphasised the role of transnational corporations and have said that the alcohol and food industries should be expelled from the policy making forums established for regulating their products, as has happened with tobacco. They say “unhealthy commodity industries should have no role in the formation of national or international policy for non-communicable disease policy”.

The WHO Framework Convention on Tobacco Control (FCTC) Article 5.3 precludes the tobacco industry being involved in public policy making. This action should be replicated by excluding other health destroying industries.

Our colleagues in other English speaking countries such as Canada, Brassolottto et al found that:

In the UK Crawshaw warns that:

….neoliberal modes of (health) governance that inculcate a diffusion of state responsibility for health in favour of mandated individual choices. The result is an aetiological fallacy, where health, or its absence, is judged to be the outcome of individual choices and lifestyle.

From the USA, Glasgow argues:

….. neoliberal globalization may be inimical to the prevention of NCDs in a variety of ways, ranging from corporate relocation of dangerous industrial operations to lightly regulated jurisdictions to the use of trade agreements to block tobacco control initiatives.

If Australian public health experts, advocates and the community genuinely want to advance the impact on the social determinants of health, there will need to be a seismic shift in a direction that incorporates all cabinet ministers and all government agencies, including transport, infrastructure, treasury and agriculture, as well as a refusal to be fobbed off with individualistic libertarian “blame the victim” approaches that simply stigmatise the poor and do nothing to address the causes of ill health.

The “new” Turnbull government has a challenge ahead of it if it is to tackle the real problems, and it will have to jettison Abbott ideology.

Advocates, bureaucrats and academics must challenge the hegemony of industry, challenge governments to stop kowtowing to business and expel the worst offenders – big food, tobacco and alcohol – from the policy-making processes.

• Kathryn Barnsley is from the Centre of Research Excellence for Chronic Respiratory Disease
School of Medicine, University of Tasmania