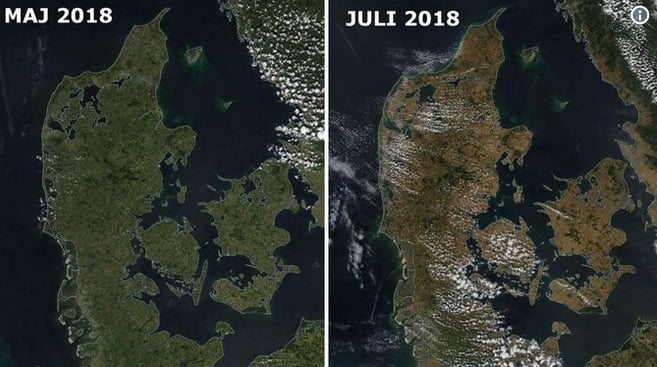 In Australia we know about sweltering summer heat. We all remember the images of burned koala paws, collapsing tennis players and, far more seriously, the tragic events of Black Saturday.

Aussies may scoff at Britain’s idea of a heatwave, but this time it’s the real deal and it’s no laughing matter.

Extreme heat has hit locations throughout the Northern Hemisphere, in places as far apart as Montreal, Glasgow, Tokyo and Lapland. In the past few weeks heat records have tumbled in a wide range of places, most notably:

Heat has not been the only problem. Much of northern Europe is experiencing a very persistent drought, with little to no measurable rainfall in months. This has caused the normally lush green fields of England and other European countries to turn brown and even reveal previously hidden archaeological monuments. 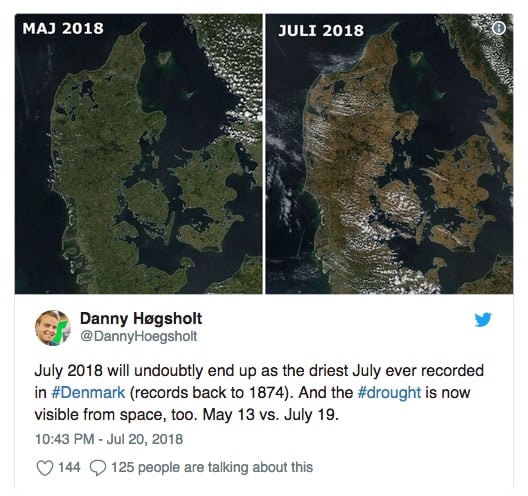 There have also been major wildfires in northern England, Sweden and, most recently and devastatingly, Greece. The Greek wildfires came off the back of a very dry winter and spring.

What’s behind the widespread extreme heat?

The jet stream, a high-altitude band of air that pushes weather systems around at lower altitudes, has been weaker than normal. It has also been positioned unusually far to the north, particularly over Europe. This has kept the low-pressure systems that often drive wind and rain over northern Europe at bay.

The jet stream has remained locked in roughly the same position over the Atlantic Ocean and northern Europe for the past couple of months. This has meant that the same weather types have remained over the same locations most of the time.

Weather is typically more transient than it has been recently. Even when we do have blocking high-pressure systems associated with high temperatures in northern Europe, they don’t normally linger as long as this.

Is it driven by climate change?

Although climatologists have made great strides in recent years in the field of event attribution – identifying the human climate fingerprint on particular extreme weather events – it is hard to quantify the role of climate change in an event that is still unfolding.

Until the final numbers are in we won’t be able to tell just how much climate change has altered the likelihood or intensity of these particular heat extremes.

Having said that, we can use past analyses of extreme heat events, together with future climate change projections, to infer whether climate change is playing a role in these events.

In Europe especially, there is already a large body of literature that has looked at the role of human-caused climate change in heat extremes. In fact, the very first event attribution study, led by Peter Stott from the UK Met Office, found that human-caused climate change had at least doubled the likelihood of the infamous European heatwave of 2003.

For all manner of heat extremes in Europe and elsewhere, including in Japan, a clear and discernible link with climate change has been made.

Research has also shown that heat extremes similar to those witnessed over the past month or two are expected to become more common as global temperatures continue to climb. The world has so far had around 1℃ of global warming above pre-industrial levels, but at the global warming limits proposed in the Paris climate agreement, hot summers like that of 2003 in central Europe would be a common occurrence.

At 2℃ of global warming, the higher of the two Paris targets, 2003-like hot summers would very likely happen in most years.

Similarly, we know that heat exposure and heat-induced deaths in Europe will increase with global warming, even if we can limit this warming to the levels agreed in Paris.

But summers have always been hot, haven’t they?

For most parts of the world summers have got warmer, and the hottest summer on record is relatively recent – such as 2003 in parts of central Europe and 2010 in much of eastern Europe. One exception is central England, where the hottest summer remains 1976, although it may be challenged this year.

While extreme hot summers and heatwaves did happen in the past, they were less common. One big difference as far as England is concerned is that its extreme 1976 heatwave was a global outlier, whereas this year’s isn’t. 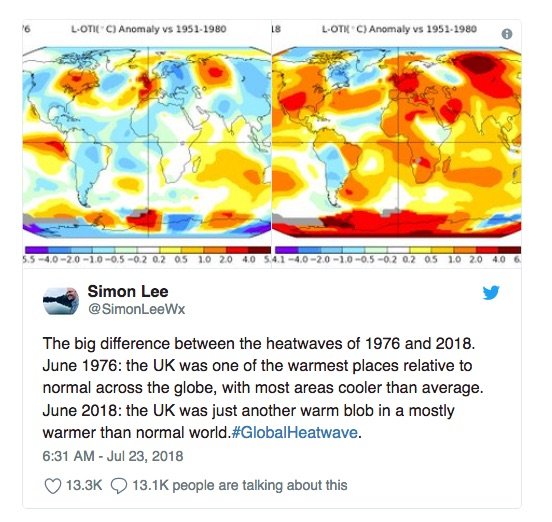 In 1976 northwestern Europe had higher temperature anomalies than almost anywhere else on the globe. In June 2018 the same region was unusually warm, but so was most of the rest of the Northern Hemisphere.

So while the persistent weather patterns are driving much of the extreme heat we’re seeing across the Northern Hemisphere, we know that human-caused climate change is nudging the temperatures up and increasing the odds of new heat extremes.

• This article was first published at The Conversation.