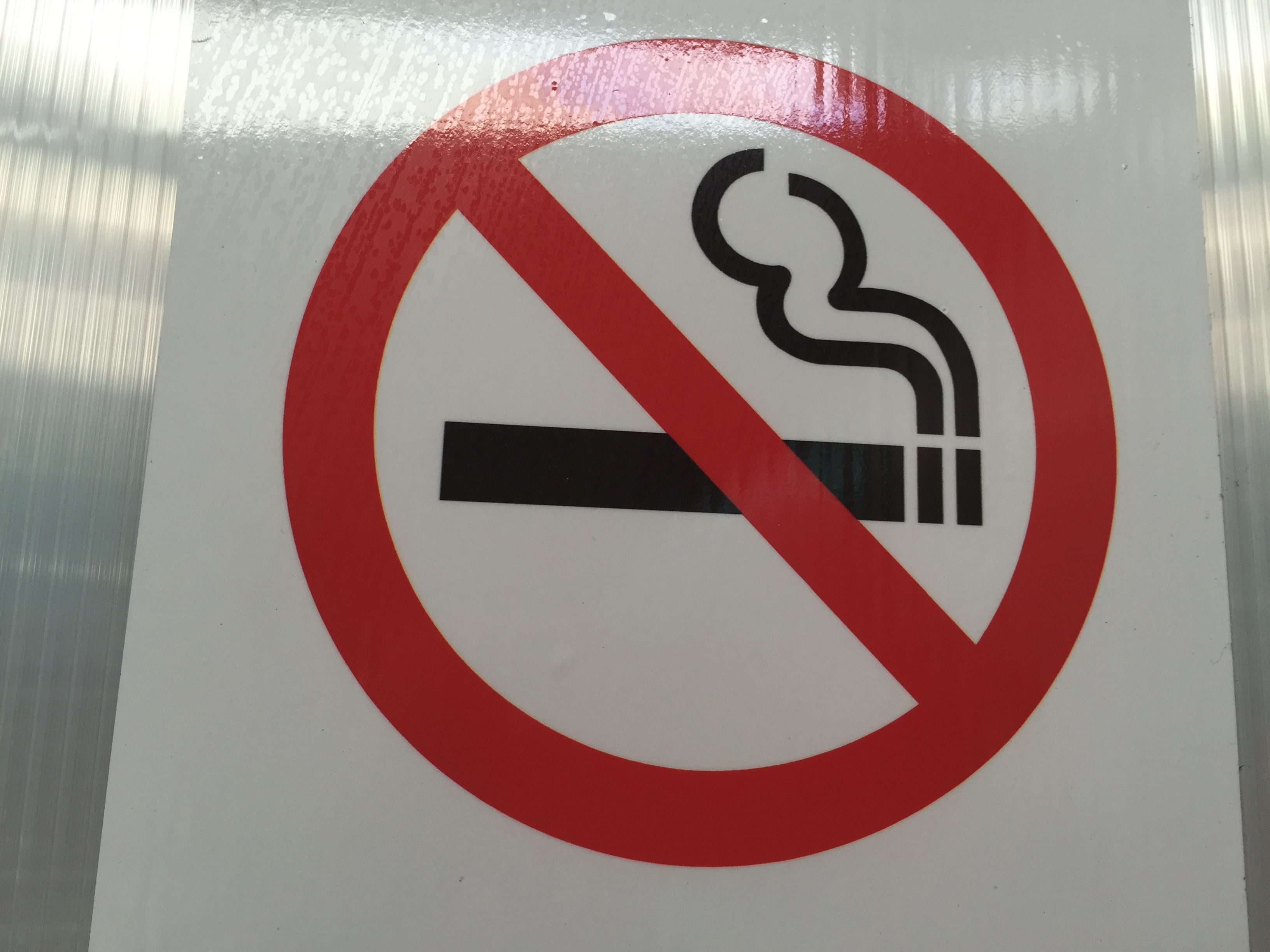 JournalWatch: Should Australia increase the minimum smoking age to 21?

This month’s JournalWatch aligns with moves in Australia, championed by mining billionaire Andrew ‘Twiggy’ Forrest, to lift the minimum age of smoking from 18 to 21.

Dr Melissa Stoneham looks at emerging research on such an initiative, particularly the experience of New York City where the evidence found that lifting the minimum age did not accelerate reductions in youth tobacco use any more rapidly than declines observed in comparison sites.

However the researchers suggested that may be due to a range of issues, including compliance, so she concludes that boosting the minimum age may still be a worthy next step in Australia’s tobacco control approach.

Andrew ‘Twiggy’ Forrest – most Australians will know of him. The mining magnate has been described as a bundle of contradictions, an effective business leader, a socially impacting philanthropist and a church-going Christian.

His entrepreneurial abilities have made him a billionaire and he has pledged to give away nearly all his wealth during his lifetime. He built a major mining company out of nothing and has built the Fortescue Metals Group into the fourth largest iron exporter in the world.

In 2017, Twiggy pledged to give away $400 million of his wealth, the largest ever donation by a living Australian, to close the gap between Indigenous and non-Indigenous life expectancy within a generation and to end modern slavery within his lifetime. He certainly aims big.

He has also stated he wants to stop cancer being a lethal disease in this generation! As part of this Eliminate Cancer Initiative, Twiggy has called for the smoking age to be lifted to 21, stating that smoking must be fought as it is the greatest cause of preventable death.

Western Australian Health Minister Roger Cook threw his wholehearted support behind Twiggy’s crusade,  and in April tabled the issue at the Council of Australian Government’s Health Council meeting in Sydney.

So it is with interest that I introduce this month’s JournalWatch article that assessed the impact of New York City’s (NYC’s) 2014 increase of the minimum legal purchase age (MLPA) for tobacco and e-cigarettes from 18 to 21 years.

In August 2014, championed by Mayor Michael Bloomberg, NYC became the largest US municipality to raise the tobacco MLPA from 18 to 21 years. This law was an unprecedented and exemplary move by such a large city. The change in the MLPA, passed in October 2013, was accompanied by Sensible Tobacco Enforcement legislation, which strengthened provisions and penalties for a variety of sales regulations, established minimum pricing, and set minimum pack sizes for tobacco products other than cigarettes.

A difference-in-difference (DiD) analysis is a tool or equation used to estimate treatment effects comparing the pre- and post-treatment differences in the outcome of a treatment and a control group.

In general, the DiD estimated the effect of increasing the smoking age to the outcome of reduced tobacco use in young people.  The NY Youth Tobacco Survey has been administered annually since 2008, to public and private school students, grades 7 to 12, and included questions regarding multiple tobacco products. The Youth Risk Behaviour Survey (YBRS) has sampled high school students from public and private schools, biennially on odd years, and also included questions on tobacco use. This YBRS survey data was used as the comparison group.

The data reviewed included student-reported measures from both surveys included current (past-30-day) use of any tobacco product including cigarettes, e-cigarettes and cigars. Proxy measures of policy implementation from the YRBS were investigated through the questions that addressed reported age of tobacco initiation, reports of buying cigarettes from stores, whether current smokers were asked for identification when purchasing cigarettes, reports of attempting to quit and reported purchases of single cigarettes.

The researchers found that, over the study period, combined rates of cigarette, smokeless tobacco, and cigar use declined in both NYC and the rest of New York State, although the decline in New York State was steeper with a statistically significant difference in 2016.

A significantly smaller proportion of NYC respondents reported using cigarettes, smokeless tobacco, and cigars compared with those in the rest of the state in 2008 and 2010, but that gap narrowed in subsequent years. Current e-cigarette use, asked about from 2014 only, increased significantly in both locations by 2016.

Overall, the researchers concluded that their difference-in-differences analysis revealed that there was a decrease in tobacco product use among NYC adolescents. However this was overshadowed by the steep decline in tobacco use in the rest of New York State after policy implementation, indicating a strong secular decline in current tobacco use.

This decline was further confirmed when the research team compared NYC rates with those from a large urban and diverse sample from Florida.

The team also observed no changes pre–post policy change in youths’ purchasing of loose cigarettes, suggesting that stiffer penalties included in the legislation may not have substantively altered this activity either by licensed retailers or street vendors.

These findings suggest that either the broad set of regulations adopted by NYC were not robust enough to alter youth tobacco use in the city beyond those occurring in comparison communities or may have been rendered less effective because of poor retailer compliance and illicit tobacco supplies.

It is early days, and although this research found that the MLPA law did not reduce tobacco use in NYC at a faster rate than that observed in comparison sites, there are some explanations. NYC is progressive and one where evidence based tobacco reduction strategies such as raising taxes, licensing tobacco retailers and strong smoke-free laws have been administered for some time. For example, you will find the highest per pack tax in the nation, at $4.35.  In addition, this study did not assess retailers’ compliance with the law, nor measure enforcement efforts.

Australia could be described as a country that also has an excellent track record of implementing evidence based tobacco reduction strategies. We have seen the smoking rates drop from 35% in 1980, to 12% in 2016, and there are few other strategies left to consider in the fight against cigarettes other than increasing excises and the legal smoking age for consumption and purchasing, and strengthening retail licensing to cut the number of tobacco outlets, particularly near schools and in poorer communities.

As a public health advocacy agency, it is our task to sift through the available evidence and recommend evidence based policy decisions.  One study is rarely enough to throw us off the track. To make this point, I refer to two more studies. One was conducted in Needham Massachusetts which attributed a reduction (compared with control communities) in youth cigarette smoking to the passage of the nation’s first MLPA 21 law in 2005, and noted Needham’s aggressive enforcement of the law. The other study was in Ireland where increasing the legal smoking age from 16 to 18 was found to have a “significant positive impact” on reducing smoking among young teenagers in Ireland.

For Australia, increasing the minimum sale age for tobacco products to 21 is a promising strategy to reduce smoking and other tobacco use among youth and save lives. Raising the sale age to 21 complements other strategies to reduce tobacco use, including higher tobacco taxes, strong smoke-free laws that include all workplaces and public places, and well-funded, sustained tobacco prevention and cessation programs.

Nearly all smokers start as young adults, and these age groups are heavily targeted by the tobacco industry.  Tobacco companies have intentionally marketed to children young adults to recruit “replacement smokers” and protect company profits. The industry understands that nearly all users become addicted before age 21. Increasing the tobacco age to 21 will help counter the efforts of the tobacco companies to target young people at a critical time when many move from experimenting with tobacco to regular smoking.

Increasing the legal minimum age for smoking laws, including consumption and purchasing, is becoming an important popular public health policy recommendation and even though the evidence supporting this policy intervention is still evolving, it does seem like the next logical step for tobacco control in Australia.

As Twiggy says, “It’s better to aim for the stars and fall short than not to try at all.”