Home Public health and population health alcohol Landmarks for lease: a new front in the fight for public health 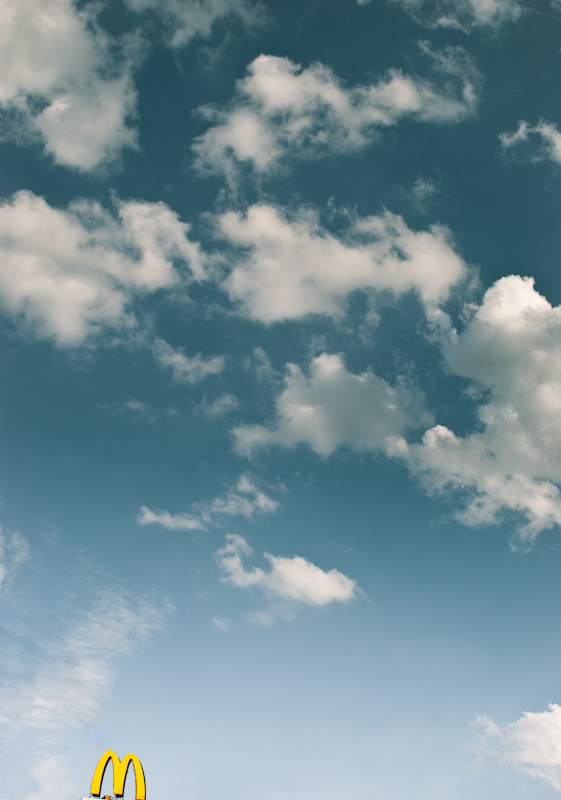 Landmarks for lease: a new front in the fight for public health

In an era of billboard-creep, where our most iconic landmarks appear to be for sale to the highest bidder, even the sky may not be the limit for lobby groups.

And as we see multinational corporations intrude ever-further into our public and private spaces, there’s a real cost to health, write Melissa Stoneham and Siddhanth Sharma in this piece for Croakey.

An online petition gathered more than 250,000 signatures in a bid to ‘save’ the Opera House from commercialisation, and we cringed as our Prime Minister, Scott Morrison stated: “This isn’t about advertising a packet of chips, this is about advertising one of the biggest events that NSW holds.”

Thousands of Sydneysiders are shining their torches onto the Opera House in protest against The Everest marketing campaign 😮 pic.twitter.com/oikolaqHjA

The issue incensed the community on two levels. Firstly, the advertising blatantly normalised gambling; and secondly, it turned our national icon and a UNESCO World Heritage Site into a giant billboard.

Yet just three weeks later, on Halloween, the tallest building in Sydney — the Sydney Tower — was turned into a massive hamburger to promote the start of a new ’30 days, 30 deals’ campaign by fast food chain McDonald’s.

There are no other words for this – it was simply marketing obesity.

You do have to wonder what will be next: alcohol beamed into Federation Square, or unhealthy products being advertised on our public transport (oops we already have that in many states).

We’re “lovin’ it”! Brilliant activation on #SydneyTower by #McDonalds for their 30 days 30 deals campaign 👏🏼 #bravo pic.twitter.com/Spd5eY5myK

A quick tour of the evidence

The constant and insidious marketing strategies used by multinationals are detrimental to our health, especially that of our young people. Let’s take a quick tour of the evidence.

Studies have repeatedly shown that junk food advertising influences consumer behaviour, with children being particularly vulnerable. Children are unable to recognise the persuasive intent behind advertisements, and do not have the ability to effectively evaluate advertising claims and appeals, tending to accept advertising as truthful, accurate and unbiased.

Advertising has been shown to influence what young people prefer, purchase, or what they pester their parents to buy, all of which can contribute to weight gain and obesity.

We also know that companies target young people because of their ability to foster brand loyalty, rewarding the company with a lifetime of sales.

When it comes to sources of advertising, we know young people are bombarded with unhealthy food advertising through free-to-air television; sport sponsorships; at the movies; in the supermarket; via print media and directly from industry through sophisticated and pervasive techniques on the internet and through social media. It is everywhere!

In this social media-savvy world, billboards continue to be seen as an effective way to market to a wide range of audiences, being relatively cost-effective compared to other strategies and particularly good at creating brand awareness due to their colourful and engaging nature.

Advertising on the Sydney Tower, which was in effect a billboard, provided these benefits, plus the added value of being novel and eye-catching, which is exactly what children are drawn to.

So how did this happen?

Similar to the Everest decision, we suspect the State Government justified the decision to allow the advertisement by the revenue it generated.

However, we think this represents bad economic (and public health) policy.

Whilst preventing a single Sydney Tower advertisement will not have the same effect, multiple displays are likely to be economically harmful. Condoning and allowing unhealthy advertising on major public landmarks, is a slippery policy slope.

The government, NGO sector and many other agencies spend a small fortune on funding health promotion programs that encourage healthy eating in schools, the family environment, at sporting clubs and other settings. This type of advertising is counterproductive to these efforts.

The regulations currently in place to restrict advertising of unhealthy commodities are inadequate.

Yet enforcing this regulation is reliant on a complex complaint system when a breach is noted and reported – it is industry-regulated.

A recent Cancer Council NSW report confirms that food industry self-regulation in Australia has not been effective in reducing children’s exposure to unhealthy food marketing.

The Obesity Policy Coalition, as part of the Tipping the Scales consensus policy platform, recommends legislating the prohibition of unhealthy food advertising on television on weekdays from 6-9am and 4-9pm, as well as during appropriate times on school holidays.

Additional legislation should cover other mediums to ensure advertising to children is minimised, including a restriction on marketing of unhealthy commodities – such as alcohol, gambling and fast food — on major Australian landmarks.

A Senate Committee will later this month release a much-needed Federal plan to address obesity.

We know that obesity is a multifactorial problem, and no single intervention alone can reasonably be expected to have a substantial impact on obesity rates. However, we remain hopeful that the Senate Committee will recommend tighter regulations on junk food advertising.

Whatever the outcome, we will continue to use reason, evidence and advocacy to lobby for change to the current obesogenic environment, because this bombarding of junk food advertising to our children needs to stop.

Dr Melissa Stoneham is Director of the Public Health Advocacy Institute WA, and author of our regular Journal Watch column

Siddhanth Sharma is a fourth-year medical student with the University of Notre Dame in Fremantle, and is currently volunteering with PHAIWA