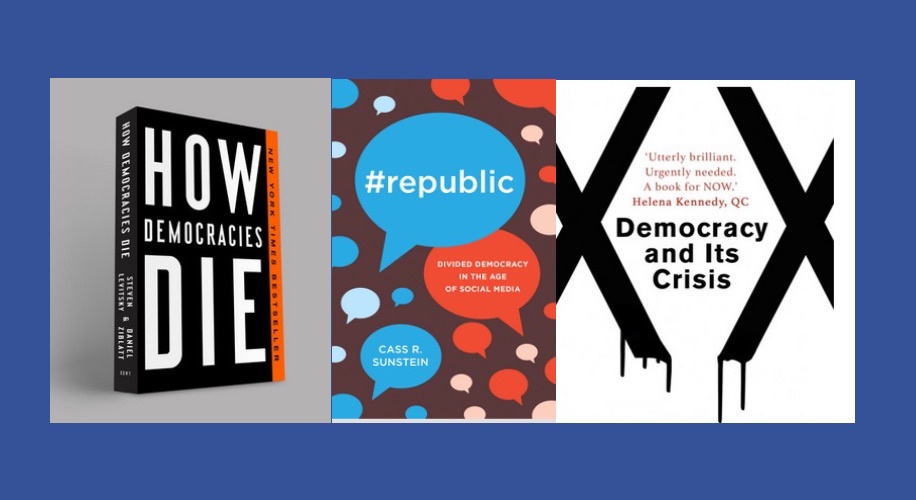 Recommended reading: the spread of misinformation is challenging democracies

Lies, obfuscation and fake news make for a dispiriting – and dangerous – election campaign

Introduction by Croakey: By 2022, most people in mature economies will consume more false information than true information due to the use of artificial intelligence to spread misinformation, according to predictions made in 2017 by a global IT research consultancy, Gartner.

The prediction is cited in an ABC investigation of Facebook’s efforts to tackle its spread of misinformation during the election campaign, which cites a meme wrongly claiming the Coalition Government had pushed the national debt up to $725 billion.

It’s a reminder – as reported previously at Croakey– that a regulatory crackdown on internet behemoths like Facebook is a critical issue for #AusVotesHealth, with concerns ranging from the stealthy marketing of unhealthy products to the spread of disinformation and skewing of policy and election outcomes.

In the article below, first published by The Conversation, Denis Muller, Senior Research Fellow in the Centre for Advancing Journalism at the University of Melbourne, suggests that the spread of fake news is challenging Australia’s electoral processes and is a risk to democracies around the world.

The integrity of Australia’s electoral processes is under unprecedented challenge in this federal election.

The campaign has already been marred by fake news, political exploitation of social media falsehoods and amplification by mainstream media of crude slurs made on Facebook under the cover of anonymity.

We have seen our first recorded instance of Facebook running Australian fake news.

It was a false post about the Labor Party’s tax policies, wrongly saying Labor intended to introduce a 40% inheritance tax.

It was interesting to trace how this fakery was created.

The false post had a link to a press release issued in January by Treasurer Josh Frydenberg.

It said Labor’s assistant treasury spokesman, Andrew Leigh, had written an article 13 years ago – when he was an academic – that favoured introducing an inheritance tax. Thirteen years ago – before he was even in politics.

Read more: ‘Fake news’ is already spreading online in the election campaign – it’s up to us to stop it

Then to add to the fakery, and seemingly by coincidence, the Liberal Party had a black van driving around city streets with large signs saying “Labor will tax you to death”.

The Liberals have denied being involved in the duplicity and there is no evidence to suggest they were. But the false post had just enough of an impressionistic link to the Liberal attack to make its message plausible: a tincture of “truthiness”.

Then the Coalition made mischief with it.

George Christensen, Nationals MP for the Queensland seat of Dawson, put up a Facebook post three days after the original, saying:

Labor does the bidding of their union bosses [and] the union bosses have demanded Bill Shorten introduce a death tax.

Labor has demanded Facebook take down the original, but there is no sign it has done so.

The delay is not only unconscionable, but has given the likes of Christensen and others the opportunity to cloak the original falsehood in political commentary, creating the basis for a specious circular argument. It goes like this:

This is yet one more way in which Facebook’s irresponsibility taints the democratic process.

So much for the fine promises made by Facebook’s founder, Mark Zuckerberg, last year on what became known as his “apology tour” of Washington and Brussels.

He told officials he would stop the spread of fake news and voter manipulation on Facebook.

He told a US Senate committee that every advertiser who wanted to run political ads would need to be authorised, and that would mean confirming their identity and location.

Yet the ABC is reporting that just months after Zuckerberg’s “apology tour”, Facebook was playing ducks and drakes with the Australian Electoral Commission over precisely this question of authorisation.

The ABC reports that it has obtained documents under freedom-of-information that show a prolonged battle last year between the commission and Facebook over unauthorised political ads from a mysterious outfit called Hands Off Our Democracy, which was paying for sponsored posts attacking left-wing groups and political parties.

The posts eventually disappeared, but only after Facebook tried to give the commission the brush-off.

The ABC is also reporting that almost a year after Zuckerberg made his promises to clean up Facebook’s act, and with Australia’s federal election only three weeks away, Facebook still has not brought its new authorisation rules to Australia.

Meanwhile, the Electoral Commission is on the front foot about fake news.

A Google search for “Facebook carries fake news about Labor’s tax policy” brings up as its top item an ad from the commission warning people not to be misled by disinformation.

The commission has set up a special electoral integrity taskforce, which includes the Australian Signals Directorate and ASIO, to try to head off potential threats to the democratic process.

A further threat to the integrity of Australia’s electoral process is the interplay between Facebook and elements of the mainstream media.

A few days ago, the convoy protesting against the Adani coal mine arrived in Queensland, led by environmental activist and former Greens leader Bob Brown.

Read more: Australian governments have a long history of trying to manipulate the ABC – and it’s unlikely to stop now

The post was anonymous, but it was picked up and amplified by Brisbane’s Courier-Mail newspaper under the heading: “Bob Brown’s mob of revolting protesters liken coal mines to gas chambers”.

Well down in the story, the newspaper said it was not suggesting Brown had anything to do with this statement, an inclusion that was all about avoiding a writ for libel.

Brown said: “Some of the headlines in the Murdoch media are simply disgraceful. They’re a disgrace to journalism”.

This interaction of social media and elements of the mainstream media, in which extremist language and feverish controversy are exploited as a means of dividing the community and of promoting a reactionary political worldview, was a potent feature of the 2016 US presidential campaign and the Brexit referendum the same year.

Where the issue is highly controversial and emotive – as with climate change, immigration or Brexit – the extremism expressed on social media makes headlines in the mainstream media, raising the political temperature and fuelling further partisanship.

There is a lot of research that shows how these effects are damaging democracies around the world. The findings are laid out in books such as those by Cass Sunstein (#republic), Steven Levitsky and Daniel Ziblatt (How Democracies Die) and A.C. Grayling (Democracy and Its Crisis).

An important long-term issue in the 2019 federal election is how robust Australia’s democratic institutional arrangements turn out to be in the face of these pressures.