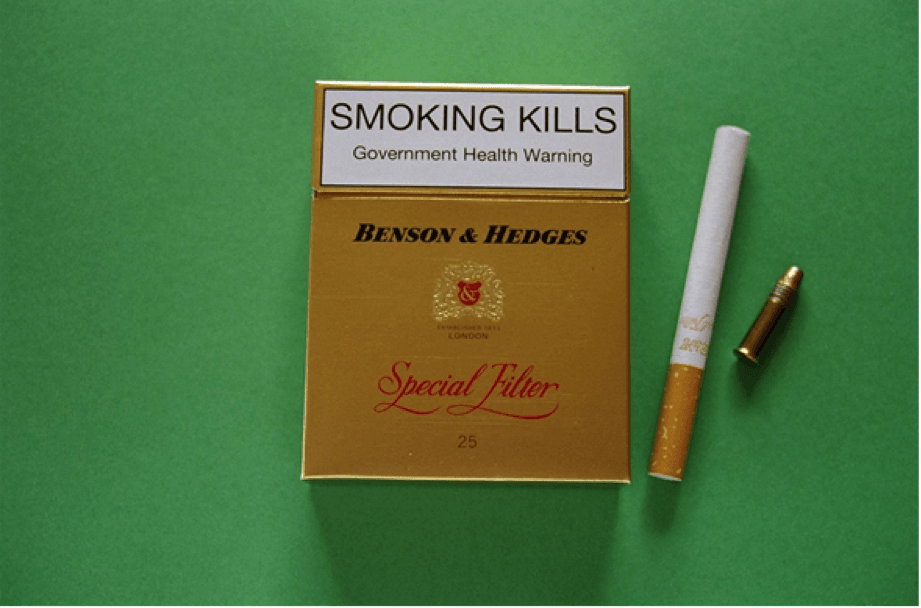 Litvinenko, Polonium-210: tobacco products are toxic and should be “recalled”.

What if a product came onto the Australian market and was then found to contain carcinogens, irritants, pollutants and other disease-causing constituents? What if some people became sick from using the product and others died? You can be pretty sure this turn of events would prompt the company involved, with or without a nudge from the authorities, to issue a recall.

But there’s a notable exception to the corporate alarm that generally results from product harm. The idea of tobacco companies recalling cigarettes from the Australian market is so far fetched that the Cancer Council Victoria used it in a satirical video a few years ago.

Below, public health researcher Kathryn Barnsley discusses why a complete recall of tobacco products, far from being a laughable prospect, is well overdue.

With the advent of gruesome warnings and plain packaging we have ensured that cigarette packets look bad, but what’s inside is worse. Tobacco is a toxic substance that, if it were a food or any other product in Australia, would be recalled.

Former KGB agent Alexander V. Litvinenko was killed by Polonium-210, a radioactive substance that is found in tobacco smoke. The industry has known this for many years and has covered it up. In 2008 researchers wrote in the American Journal of Public Health that cigarettes should be “labelled as radioactive”.

Last year in Australia there was a media frenzy and health concerns around the issue of contaminated frozen berries. Australia has strict standards pertaining to food and medicines, with regular recalls of products when something goes wrong. In the case of frozen berries from China, suspected of causing Hepatitis A, there was an immediate recall of the product. This week it is lettuce.

In the past few weeks there has been more excitement about the recall of some hover boards and a steel dining chair. Oh – and some cinema cups.

Other products recalled include drugs such as Cabaser, Methoblastin, Halcion, Ponstan and Xanax which were sold without child-proof caps, and some soaps, shower gel and cosmetics. There have been boats, cars, and electrical items from blenders to heaters, to spas and an iPhone charger.

The many other categories of recalls go on for pages and pages on the ACCC Product Safety Recalls Australia website.

In rare cases, product recalls are prompted by a death. Tobacco kills over 20,000 Australians per year but, apart from those deemed a fire hazard, no cigarettes have been recalled. Funny that. But this is not a laughing matter.

Australia has only a voluntary agreement with the tobacco companies to disclose the contents of cigarettes, with no recall of products in the event of contamination occurring. There are no government officials who look at the quality of tobacco products coming into the country; there are no rules, no inspections, no testing, no analysis, no examination, and no scrutiny at all. As Bill King from the Cancer Council Victoria recently wrote in Tobacco Control, “The measures introduced within most jurisdictions have restricted how the tobacco industry may depict cigarettes in order to promote use but not restricted how it may engineer cigarettes to promote use.”

Apart from the dangers associated with the deliberate constituents of cigarettes, in the 1990s, there were at least six incidents of cigarette contaminations in Australia, which were covered up by the tobacco company involved. Some of the complainants received compensation but there were no recalls of tobacco products. These incidents were discovered in documents released in the USA, which can be found in the online Legacy Documents library at the University of San Francisco (available by logging in at https://industrydocuments.library.ucsf.edu/tobacco). How many more contaminations have there been since, that have gone unreported?

The incidents in Australia included:

In February 1994 Mr S. purchased a 25 pack of Benson & Hedges cigarettes from a hotel bar in Kempsey NSW. While attempting to smoke the second cigarette from the pack, he found it contained a live .22 calibre bullet.

In May 1994 the wife of a truck driver in Western Australia found the hollow needle and green plastic screw-top end from a medical syringe in a pack of Horizon Mild.

When told about the document, the CEO [of the company] admitted that there were “some isolated incidents, a handful of isolated incidents” over a 12-month period in which needles and other metallic objects were found in a variety of cigarettes, including Stradbroke.

“The company did not withdraw any stocks of cigarettes, and no information was provided to shareholders or to government authorities, he said. Neither the Health Department nor the Department of Consumer Affairs was informed, he agreed.”

The tobacco company prepared a media release to blame anti-tobacco activists in case the media ever found out about the contamination. It did not recall any products.

The ACCC found in 2005 that the major Australian tobacco companies were likely to have engaged in misleading and deceptive conduct in relation to so-called “light” cigarettes, and they agreed to pay for an advertising campaign to tell the public that these cigarettes were just as dangerous as other cigarettes. But the ACCC does not regulate the content of cigarettes.

We know that cigarettes are radioactive. We have known since the 1970s that some cigarettes contain pesticides such as Dieldrin, as well as DDT, polyurethane, maleic hydrazide, and other organochlorines. We know that ammonia has been added to cigarettes to increase their addictiveness.

In 2012 the US Food and Drug Administration (FDA) published a list of 93 chemicals and chemical compounds as harmful constituents of tobacco products, including benzene, acetone (nail polish remover), cadmium, coumarin (rat poison), mercury, naphthalene (moth killer), toluene, and Uranium-235 and 238.

In 2016 the tobacco industry and the civil libertarians are happy. Tobacco companies are as free as a bird to continue contaminating, unconstrained and making big profits – $2.2 billion in 2013 according to the Australian Financial Review, killing up to two thirds of their customers, while our publicly funded hospitals struggle.

Grounds for a recall

We should support the tobacco free generation proposal that would phase out the sale of tobacco products born to anyone after the year 2000 as recommended by Professor Jon Berrick, and currently being considered in Tasmania, proposed by courageous independent MP Ivan Dean.

Furthermore, we should regulate the contents of cigarettes, as suggested by Bill King from the Cancer Council, Victoria.

Or we could require tobacco manufacturers to recall all their products that cannot pass a “safety” test. That would be all of them.

As American historian, Professor Robert Proctor says, “The cigarette is the deadliest artefact in the history of human civilisation”.

Kathryn Barnsley is from the Centre of Research Excellence for Chronic Respiratory Disease
School of Medicine, University of Tasmania.

Acknowledgements: The Australian tobacco product contamination story was originally discovered in the 1990s by Dr Martin Bicevskis, a retired medical officer, but was never published.

“The bullet in the Benson and Hedges” photograph is not the actual contamination. The photograph demonstrates the relative sizes of the 1990’s packet, cigarette and bullet involved. Photo: Copyright S. Abel