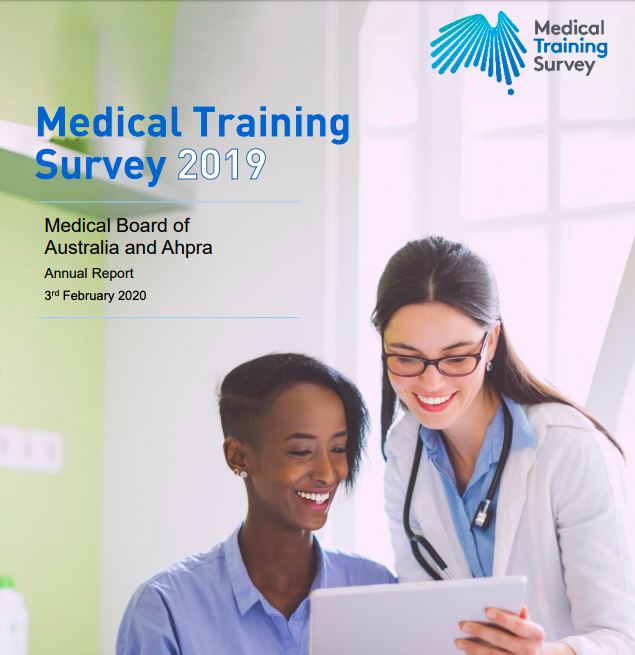 Long hours, discrimination and bullying, and fears about job security are just some of the realities of life for Australian doctors in training, according to the first-ever national survey of medical trainees published this week by regulators.

Some 10,000 junior doctors completed the inaugural Medical Training Survey, which was disseminated by the Medical Board of Australia (MBA) and the Australian Health Practitioner Regulation Agency (AHPRA) to get a better understanding of the culture and quality of medical training in Australia.

The findings, which were published this week, show that most junior doctors rated their program and training location highly and would recommend it to others.

But the survey also reveals a significant burden associated with medical training, with respondents reporting long hours and heavy workloads; being the target of or witness to bullying, harassment and discrimination; and fears that they won’t be able to find work once qualified.

“The 2019 survey results tell the start of an important and emerging national story about the culture and quality of medical training, from trainees’ perspectives,” said MBA chair Dr Anne Tonkin.

“We hope the results trigger ideas and discussion about what we can all do to keep improving it.”

Some of the headline findings are excerpted below. These include: 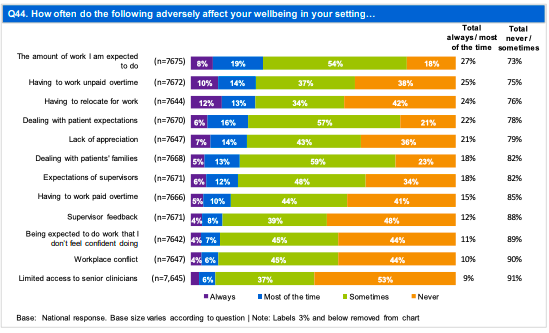 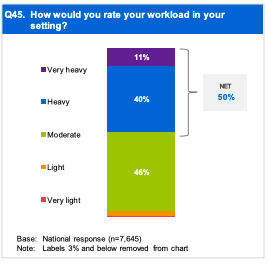 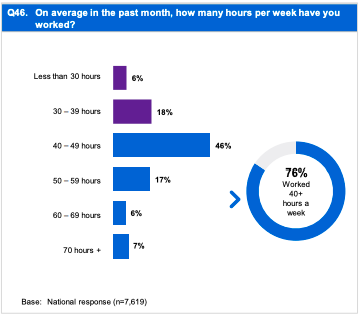 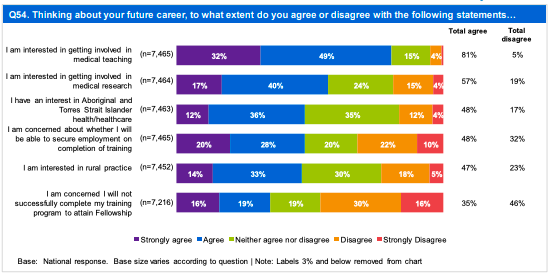 Workload, unpaid overtime and having to relocate for training were the top stressors reported by those who took the survey.

AMA President Dr Tony Bartone said safe working hours remained an issue for the profession and bullying, discrimination and harassment “needs a continued focus to stamp out unacceptable behaviours in the workplace”.

Bartone said it was “also of concern that half of the doctors in training surveyed reported they are concerned about their future career”:

This reflects ongoing concerns about a known shortfall in vocational places and the lack of employment opportunities once College Fellowship is obtained in some specialty areas.

To address this, the AMA urged the development of a National Medical Workforce Strategy to better coordinate the medical training pipeline, and ensure that the medical workforce meets future community need.

Work on this strategy is now underway, with the AMA being involved in the consultation process at all levels.”

The survey also highlighted differences in the experience of medical training for Aboriginal and Torres Strait Islander graduates, some of which are excerpted below, from a separate report.

In particular, Tonkin said the survey showed that Aboriginal and Torres Strait Islander trainees were almost twice as likely to have experienced and witnessed bullying, harassment and discrimination as their non-Indigenous counterparts.

“Bullying, harassment and discrimination are not good for patient safety, constructive learning or the culture of medicine,” she said.

“We must all redouble our efforts to strengthen professional behaviour and deal effectively with unacceptable behaviour. We must do this if we are serious about reshaping the culture of medicine and building a culture of respect.”

This was echoed by Dr Harry Nespolon, president of the Royal Australian College of General Practitioners, who said “the bottom line is that bullying, discrimination and harassment don’t belong in any workplace” and the survey revealed that “it is clear that much more must be done”.

Dr Kym Jenkins, head of the Council of Presidents of Medical Colleges, said the survey provided an evidence base for change, and showed that efforts already underway to address cultural issues in medicine needed to be strengthened.

The Medical Training Survey will be repeated annually to coincide with the trainee registration schedule. 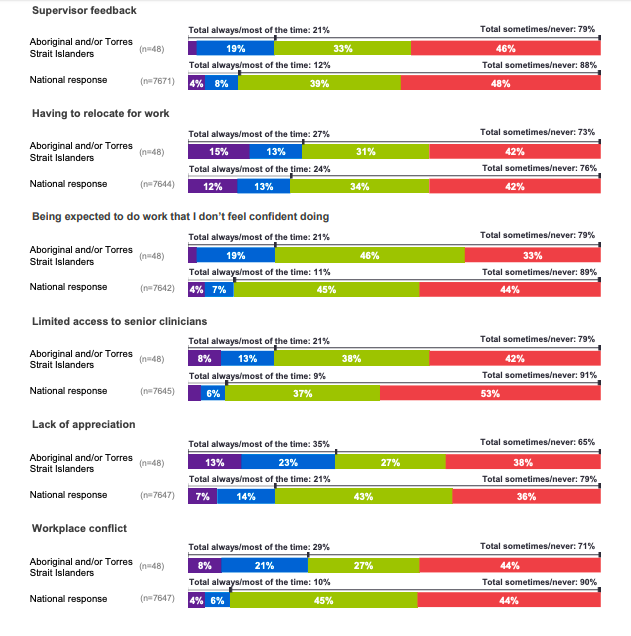 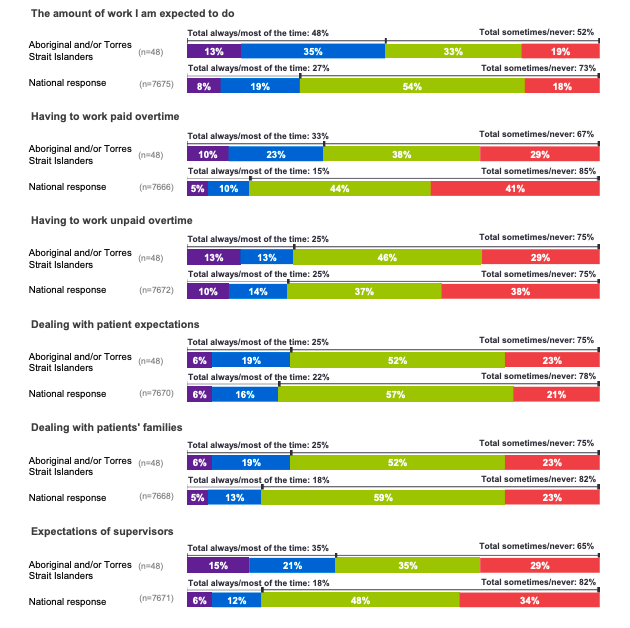