Home Public health and population health air pollution Marking public health week with new warnings on climate change: the US, that is, not Australia

Marking public health week with new warnings on climate change: the US, that is, not Australia 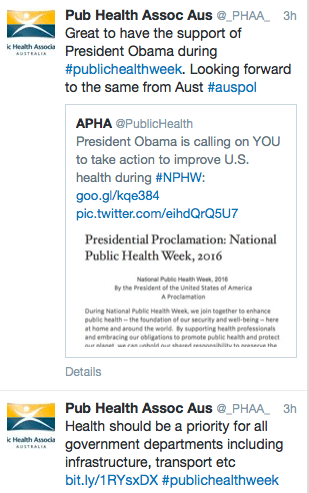 Public Health Association of Australia is leading a range of discussions this week, particularly on Twitter, to mark #publichealthweek.

Alas, it could only dream (particularly today with its focus on ecology and environment) of the Australian Government marking the awareness campaign, as the Obama administration did with the release of a new report, The Impacts of Climate Change on Human Health in the United States: A Scientific Assessment.

The White House says the report “significantly advances what we know about the impacts of climate change on public health, and the confidence with which we know it.”

The Guardian quoted Murthy as saying climate change represented a worse threat, in some respects, to public health than polio, as it could not be eradicated with a specific vaccine.

“Climate change is not like that. There is not one single source that we can target…As far as history is concerned this is a new kind of threat that we are facing.”

See also this report from the Sydney Morning Herald.

A few examples given of the increased health risks found in the assessment include: 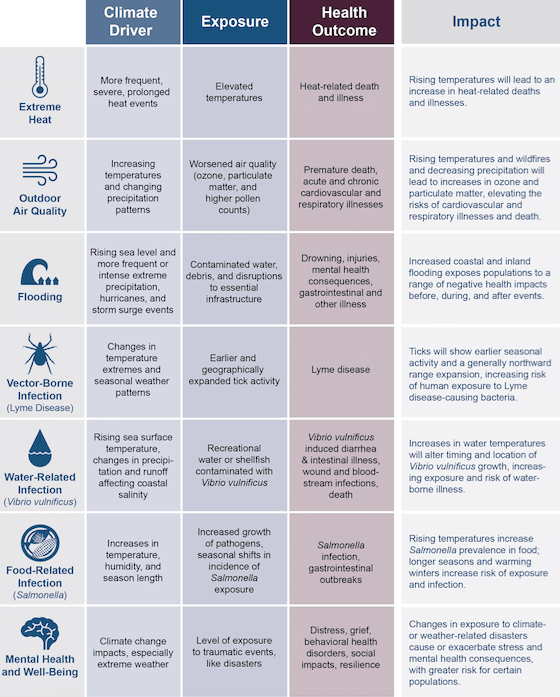 The administration announced a series of new initiatives to “keep us on track to better understand, communicate, and reduce the health impacts of climate change on our communities”. They include

Croakey will update this post with tweets from #publichealthweek.