Home Healthcare and health reform child health Measles in Samoa: how a small island nation found itself in the grips of an outbreak disaster 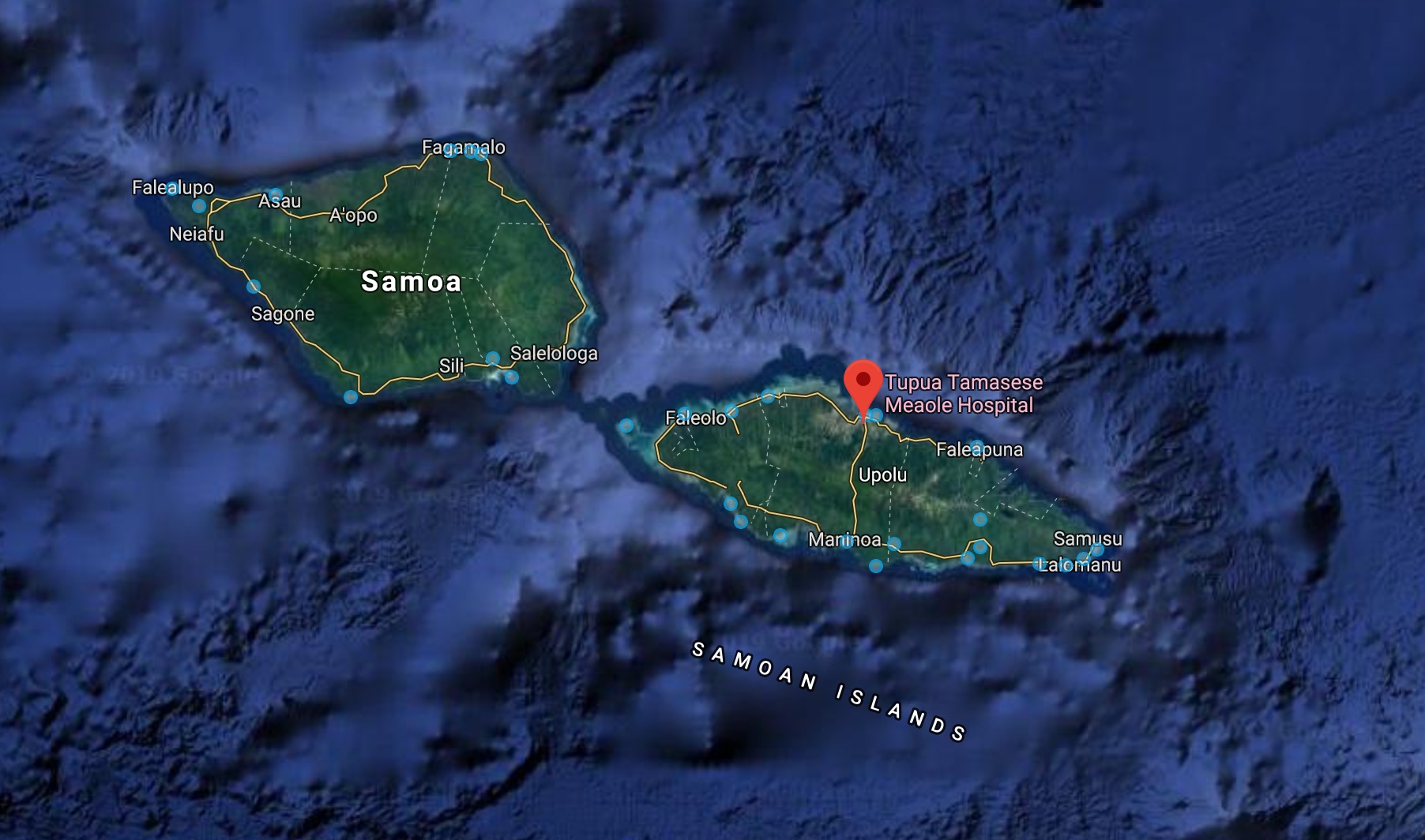 Measles in Samoa: how a small island nation found itself in the grips of an outbreak disaster

Many lessons can be drawn from the tragic outbreak of measles in Samoa, reports Dr Katherine Gibney, a public health specialist from Melbourne who has been involved with international response efforts.

The Pacific island nation of Samoa has been making headlines over the past month due to a significant measles outbreak. At last count, 4,995 measles cases had been recorded, and 72 people, mostly young children, had died.

The actual number of cases and deaths is likely to exceed this, because not everyone with measles will present for medical treatment, and not all deaths occur in hospital.

Tragically, 40% of recorded deaths have been in babies under one year old, and nearly 90% among children less than five.

Read more: Why people born between 1966 and 1994 are at greater risk of measles – and what to do about it

With a population of 200,000, Samoa has fewer people than Geelong or Hobart. So a significant proportion of the population has been affected. More than one in five Samoan babies aged six to 11 months have contracted measles during this outbreak, and more than one in 150 babies in this age group have died.

Measles causes a fever with cough, runny nose and red eyes, followed by a rash. Around one in three cases develop complications, most often diarrhoea and pneumonia.

Measles is probably the most contagious virus affecting humans. In a susceptible population – that is, people who have neither been vaccinated nor had measles previously – a single person with measles would infect 12 to 18 others.

Put another way, more than 90% of susceptible people exposed to someone with measles will themselves develop measles.

The most frustrating and tragic thing about this outbreak is that a safe and effective vaccine is available. A single dose of measles vaccine (MMR or MMRV vaccine is used in Australia) provides protection to between 95% and 98% of recipients, while two doses protect 99% of vaccinated people.

Because measles is so infectious, about 94% of the population need to be vaccinated to stop it spreading. “Herd immunity” means unvaccinated people, including those unable to be vaccinated due to young age or specific medical conditions, are protected.

Read more: What is herd immunity and how many people need to be vaccinated to protect a community?

So how did this happen?

These deaths were caused by human error and not the vaccine per se. The vaccines were inadvertently mixed with expired muscle relaxant anaesthetic instead of water.

This tragic incident resulted in the suspension of the national measles vaccination program and loss of confidence in vaccine safety. Because of this, vaccine coverage for one-year-old children for the first dose of measles vaccine fell from 76% in 2012 to 31% in 2018.

When a traveller re-introduced measles to Samoa in August this year, these unvaccinated children made it possible for measles to gain a foothold and spread throughout the country.

Read more: To protect us all, babies travelling overseas may need the measles shot at 6 months instead of 12

The first laboratory-confirmed measles cases were reported in September, and an outbreak was declared in October. In the face of rising measles cases and deaths, the Samoan government declared a state of emergency on November 15, setting the scene for a campaign of mandatory vaccination.

The government shut down on December 5 and 6 during a door-to-door vaccination campaign. People who had not been vaccinated were asked to leave a red flag or cloth outside their home.

Official estimates indicate 93% of the population have now been vaccinated. Achieving vaccination rates over 95% among children aged six months to four years will be key to stopping this measles outbreak.

This outbreak has placed enormous pressure on hospital staff and the Samoan health system. Samoa’s largest hospital has more than doubled its usual capacity, including duplicating an emergency department, paediatric wards and intensive care unit in old hospital wings.

In response to a request from Samoa, the Australian Medical Assistance Team (AusMAT) has been in Samoa since early November. For two weeks in November, I was part of AusMAT’s “team bravo”, which included 34 specialist nurses, doctors and public health experts.

AusMAT is one of several teams that have travelled from overseas to help Samoa manage this outbreak.

My role as a public health specialist included working with local and international staff on case diagnosis, analysis and reporting of measles cases and deaths, and identifying the most important groups to receive urgent vaccination.

Read more: Health Check: are you up to date with your vaccinations?

Measles vaccines have been in widespread use in Australia since the early 1970s. The last recorded measles death in Australia was in 1995, and in 2014 the World Health Organisation declared Australia had eliminated measles.

Despite this, travellers regularly re-introduce measles to Australia, which can spread to susceptible people they come into contact with. As recently as this week, Victoria has been the subject of a measles warning, after three people were diagnosed in Melbourne.

High vaccine coverage (in 2018, 94.6% of five-year-old Australian children were fully vaccinated) means a measles outbreak of this magnitude would not occur in Australia at present. However, Samoa’s experience is a reminder there’s no room for complacency around vaccine preventable diseases.

• Dr Katherine Gibney is an infectious diseases physician, public health physician and medical epidemiologist. She is an NHMRC early career fellow at the Peter Doherty Institute for Infection and Immunity, works at the Austin Hospital, and has an appointment in Communicable Disease Epidemiology and Surveillance, Victorian Department of Health.