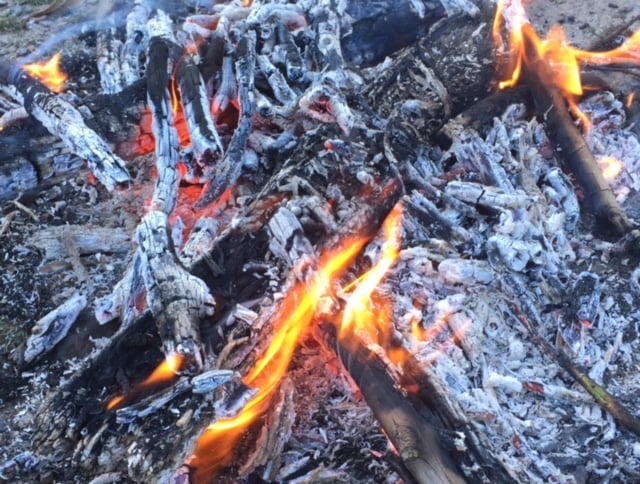 Never mind the cricket cheats – where is the outrage about unfair health systems?

What if the shift to an inequitable two-tier health system in Australia generated a level of public outrage similar to that seen when news broke about cricket cheating?

In the article below, Stephen Leeder, Emeritus Professor of Public Health and Community Medicine from the University of Sydney, urges “a strong community response to the stealthy change in health care from a public to a private system through public subsidy for private insurance and protest about rising out-of-pocket expenses”.

Beneath his article, titled “Morality and Health” when first published at John Menadue’s online journal Pearls and Irritations, are some tweets from a #Health4All Twitter storm led by Professor Fran Baum, a Member of the PHM’s Global Steering Council.

Writing recently in The Conversation about the South African cricket scandal, Michelle Grattan pointed to politicians “who would prefer to overlook awkward parallels with conduct in politics – for instance the endemic tampering with the ball of truth.”

One of the insights coming from the South African sandpapering is that moral lapses do not occur in moral vacuums. In this case, cheating occurred in an environment rife with sledging, aggression, personality dysfunction, avarice and more.

We have an equally unedifying context in relation to health care at present.

The steady shift of the costs of health care from the public to the private purse has been underway for several decades, and a two-tiered system of care has emerged as a result.

This was not done on the basis of a policy debate: the reasoning behind Medicare was simply dismissed and little by little the concept of community support for sick people was eroded. Likewise, the freezing of Medicare benefits was taken without a policy debate.

Presumably, those first spruiking these subsidies were aware that moving more hospital care into the private sector would not relieve pressure on the public system as they claimed.  In reality, PHI was skimming the profitable cream from the public system.

At the last federal election, Labor claimed that the Coalition was privatising Medicare, an accusation that provoked outrage. In reality, both sides of politics have been doing this for years, with steadily rising out of pocket contributions, although both sides stoutly deny it.

Instead of an informed debate about the desirable balance between public and private payment for health care, we had a slanging match in which truth was trampled.

The evidence is that when more of the costs of health care are paid out of pocket, the health and well-being of those least (or unable) to pay suffers. But who cares?

Instead, jobs and growth were an attractive sedative for public consumption, but void of moral substance and are insufficient nourishment for the development of communities in which concern for the other and not only the self can flourish.

We hear on a daily basis about the health effects of our incarceration on boat people and their children, but the morality of this policy is not debated at a political level. Why not? Why is there no concern about what this policy says about us and does to us?

A parliament or community where the moral significance of decisions is ignored becomes a Petri dish on which ethical pathogens settle and multiply, eventually erupting visibly and toxically.

Whatever view one takes about the nature of ethical principles, seemingly inefficient conversation among those affected is essential to achieve an acceptable position decision that strengthens our community, as Canadian philosopher John Ralston Saul points out in his book The Unconscious Civilisation. Without that debate, decisions are made casually with no concern for side effects or social cost.

The recent visit to Australia of Michael Sandel, an American political philosopher from Harvard, was a welcome intrusion into this rather depressing scene of national ethical indifference.

As reported in Wikipedia, his course “Justice” is “the first Harvard course to be made freely available online and on television. It has been viewed by tens of millions of people around the world, including in China.

Two aspects of his interview on the ABC’s Q and A were important: the hunger for the kind of ethical debate that he was provoking in contributors to the Twitter feed; and the quality of moral and ethical reasoning apparent in the questions of members of the Q and A audience.

Concerned citizens need to make their views known to our political representatives.  A parallel exists with tobacco. Its deleterious effect on health was documented by science in the 1950s.

The truth of this effect, however, was politically unpalatable not least because the public did not accept it and the tobacco companies tampered with it.  But when the public did gain a full understanding of its dangers and communicated their views to their political representatives, legislative action followed – to ban tobacco advertising, to raise the tax on tobacco and to plain-package cigarettes.

A strong community response to the stealthy change in health care from a public to a private system through public subsidy for private insurance and protest about rising out-of-pocket expenses would expose the current tampering with the ball of truth and revitalise our commitment to equity in health care.

• This article has been slightly edited since its first publication at John Menadue’s site. 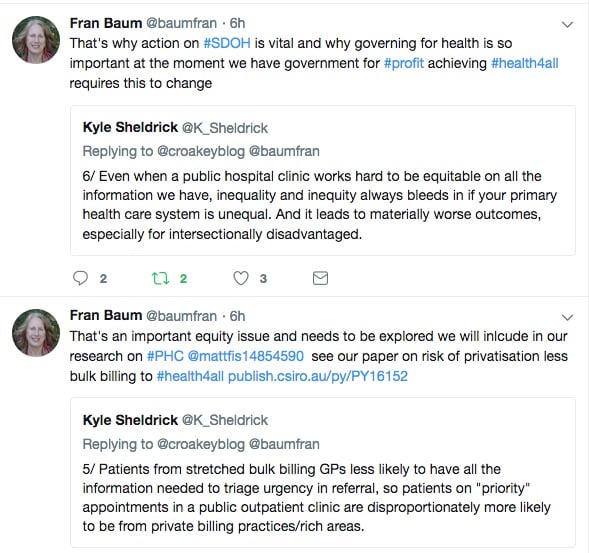