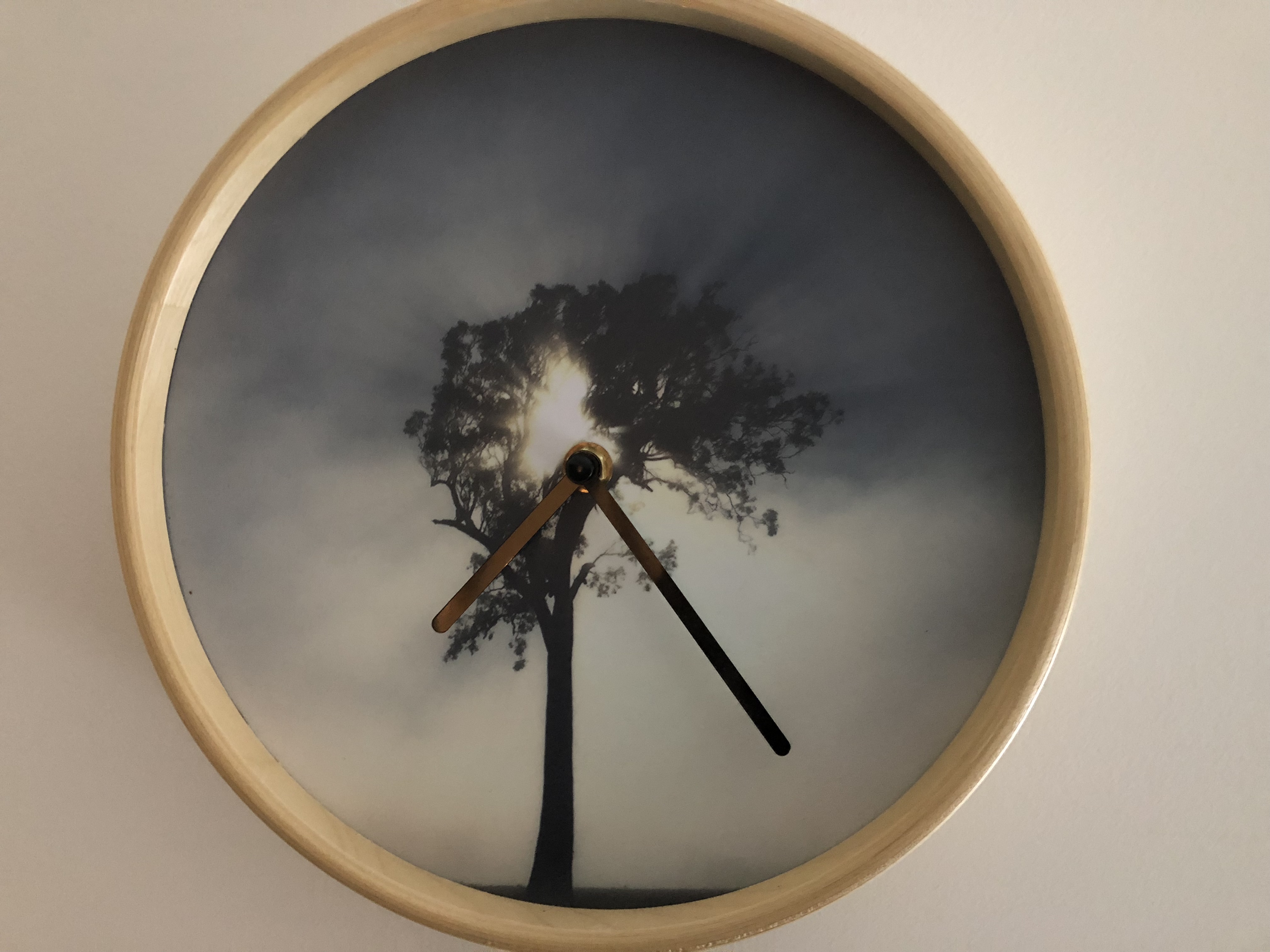 New review calls for transformation in health; it’s about Western Australia but of wider relevance

The Western Australian Government has endorsed a landmark health review that makes sweeping recommendations for transforming the State’s health spending and services, to refocus from acute hospital care to public health and community-based care.

The Sustainable Health Review, chaired by former senior Federal and NSW bureaucrat Robyn Kruk AM, calls for investment in prevention to be increased to at least five per cent of total health expenditure in WA by 2029, noting that currently only 1.6 per cent of the State’s total health spend is on prevention (including Commonwealth, State and Local Government expenditure).

The review, which offers much useful advice for other jurisdictions, makes detailed recommendations for tackling obesity and harmful alcohol use.

Arising from the review, WA’s former chief health officer Dr Tarun Weeramanthri has been appointed to lead an inquiry into the health impacts of climate change, with his final report due later this year and expected to inform a new, coordinated health and climate change framework for WA.

The review stresses the need to move action on health beyond the healthcare system and health portfolio.

It calls for greater use of Health Impact Assessments in community and government planning and for stronger support for local government, local communities, not-for-profit organisations and schools to address key public health issues, including physical activity and nutrition.

It urges a whole-of-government and community focus on support during pregnancy and the first 1,000 days of life.

The review also makes recommendations for mental health, including embedding consumer and carer voices in the planning, design and evaluation of services, and for addressing disparities in health outcomes and access to care, with a focus on the poor mental and physical health of people within the justice system.

While it recommends the need to develop “improved understanding, benchmarking and targeting of health needs of people living in low socioeconomic conditions”, it stops short of recommending measures to address poverty.

Its 30 recommendations, grouped under eight strategies, include:

The review also calls for recognition and strengthening of Aboriginal Community Controlled Health Services as leaders in Aboriginal primary health care, with sustainable funding for partnerships in prevention and early intervention including mental health.

By 2026, it says Aboriginal employees should account for 3.2 percent of the WA health workforce, including in leadership positions. Priority should be given to increasing the proportion of Aboriginal nurses, allied health professionals and medical practitioners as part of multidisciplinary teams.

The impact of racism upon the health and wellbeing outcomes of Aboriginal people is supported by a growing evidence base, and striving for inclusive, culturally secure and non-discriminatory care must continue to be emphasised as a key social determinant of health.

Care must be strongly connected to Country and cultural heritage, and needs to recognise the important role that family and community play to the overall physical, mental and spiritual wellbeing of an Aboriginal person and community.” 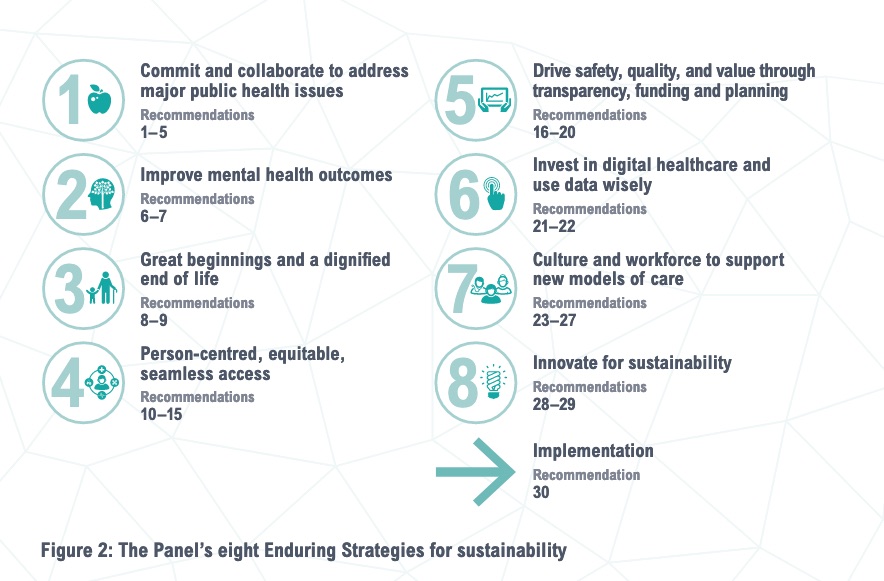 The vision presented by the report would require a major transformation as the WA health system is currently focused on acute care, with 74 per cent ($6.5 billion) of the State health budget ($8.8 billion) directed at hospital services in 2018–19.

While spending on health in WA has more than doubled in the past 10 years, outcomes in population health and acute care in WA have not improved at the same rate.

Without intervention, the review says health spending is projected to approach 38 per cent of the State budget by 2026-27 at the expense of other critical services such as education, housing, policing and transport.

No doubt some Croakey readers have heard similar calls to action from other such reviews around the nation over the years. It is always easier to present a vision for transformation than to implement it.

However, the WA Government is making some encouraging noises. In a statement welcoming the review’s final report, the Government endorsed its eight strategies and 30 recommendations, and said:

The SHR provides an ambitious blueprint for rebalancing the health system over the next 10 years to ensure that Western Australians receive quality health care that can be sustained for future generations.

This report will drive a cultural shift to focus on prevention and community care supported by a modern hospital system.”

The statement said the Department of Health and health service providers would spend the next three to six months planning implementation of the recommendations, which would be overseen by an Independent Oversight Committee reporting to the Minister.

When Robyn Kruk briefed MPs in WA last year about the review, she did not mince words.

A dramatic increase in presentations to emergency departments (EDs) was “incredibly scary”, she told members of the WA Parliament’s Education and Health Standing Committee.

“But when you start to break the numbers down, actually what is the reason that people turning up at those hospitals, so many of them are avoidable because they have to do with weight-related issues and alcohol-related issues,” she said.

“There are a whole range of interventions that need to be undertaken now, because otherwise you will have a tsunami which is of such a scale it is—both from a personal, human perspective and from a cost perspective—not sustainable.”

The report underscores her warnings. It says that:

The review and Kruk’s presentation are well worth a read for those interested in furthering reform of not only healthcare systems, but how we conceptualise and address health concerns. It is also interesting to learn about Kruk’s own family members’ experiences with the health system, as patients and service providers.

Her messages contrast with the enduring political focus on hospital beds.

… the solution is not more and more hospitals. It is not sustainable; it is not what your community is asking for…”

She stresses the need to move beyond rigid, centrally defined and controlled policy making (take note, whoever is in charge of writing Primary Health Network contracts), to enable opportunity for creative local solutions.

What we have learnt in New South Wales has been the same experience in Victoria: set the right ambition, the right outcome; let people be creative, give them a licence to try different things and to test it. It has been that sort of model over time.”

Kruk also highlights the critical importance of developing a fit-for-purpose health workforce (remember the days, before PM Tony Abbott, when we had an agency, Health Workforce Australia) and urges the WA Health Department to use its power to engage universities in creating health workforce needed for the future:

Health is in a journey of change. There is no doubt that the positions that it will need in five years’ time and in 10 years’ time will actually have quite a different skill set than is currently available in many areas. So you actually want the flexibility to be able to change the skill set of your workforce.”

Kruk has form for taking on tough, high-level jobs that involve dealing with complex systems, powerful stakeholders, and contested interests. She ran various NSW departments, including NSW Health, was Secretary of the Australian Government Department of Sustainability, Environment, Water, Population and Communities from 2009 until 2011, and was the Chief Executive and Commissioner of the National Mental Health Commission from 2011 to 2013.

Kruk was asked to do the review because she was not from WA, and considered independent. The report provides a service well beyond WA, and merits a national readership, especially in the current federal election campaign. Watch Kruk’s video presentation here.

Public Health Association of Australia CEO Terry Slevin said WA Premier Mark McGowan and his deputy, Health Minister Roger Cooke, were to be congratulated for endorsing in full the recommendations of the “ground-breaking review, which shifts the emphasis to prevention, community-based care and improving hospital systems”.

The WA Government’s pledge to increase spending on prevention and health promotion to five percent of the state’s health budget by 2029 was “trailblazing”, Slevin said.

The Climate and Health Alliance (CAHA), a coalition of over 30 health organisations, welcomed the review’s release, especially its recommendation for the state’s public health system to address the effects of climate change on the community’s health.

Fiona Armstrong, Executive Director of CAHA, said it was important to note that the review had linked climate mitigation and adaptation work in health as a means to addressing major public health issues.

We know that action on climate change has a positive impact on the health of the community and on reducing the costs associated with treating ill health associated with chronic health conditions that are often directly impacted by our lifestyle and environment.

Increasing active transport and decreasing air pollution, for instance, would improve the health of the community by helping to reducing rates of obesity, diabetes and heart disease.

Health professionals are increasingly concerned about the environmental impact of health services, particularly as they witness the effects of climate change on their patients and clients, they want to see government taking action on the issues of environmental sustainability and climate change in health and so we welcome the leadership shown by the McGowan Government.”