Home Elections and budgets NT election: how healthy and fair will the next government be? 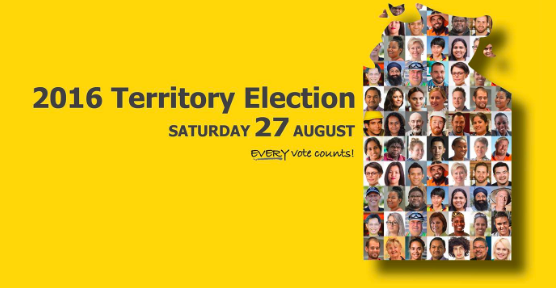 NT election: how healthy and fair will the next government be?

The Northern Territory goes to the polls on Saturday (27 August), and predictions are that the first-term Country Liberal Government led by Chief Minister Adam Giles will be soundly defeated after a “tumultuous four years in power“.

The Four Corners expose on the Don Dale juvenile detention centre which prompted a Royal Commission and, in recent days, news that a 31-year-old Aboriginal prisoner has died in custody at Darwin Correctional Centre, have put the Northern Territory justice system at the top of the national agenda leading up to the poll.

There are many vital issues at stake tomorrow,  with national and local implications, including a host of important health policies, as Dr Rosalie Schultz, Secretary of the NT Branch of the Public Health Association of Australia outlines in the post below.

The Royal Australasian College of Physicians (RACP) has also released an NT election statement, with a list of priorities (see below) including for the incoming government to adopt a ‘health in all policies’ approach to policy making.

See also election priorities on cost of living, justice and child protection issues from the Northern Territory Council of Social Service (NTCOSS) and on alcohol related policies from the People’s Alcohol Action Coalition (PAAC) and the Foundation for Alcohol Research and Education (FARE), and other related links and tweets.

And here’s a breakdown from the ABC on where the parties stand on a range of issues, analysis on poll expectations from Crikey’s Poll Bludger, and today’s editorial from the NT News backing Labor.

Health matters to everyone, yet has received little attention in the lead up to the election on Saturday. The Public Health Association of Australia NT Branch asked all political parties and independent candidates six questions about key health related issues in an election scorecard.

Two of the issues we asked about were speed limits and food security for remote Aboriginal communities: 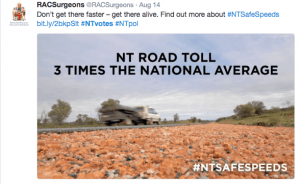 Speed limits did not exist on major roads in NT until 2006. The expected declines in high speed crashes, injuries and deaths have occurred. However with the small NT population and most crashes occurring in urban areas, the overall reduction in road toll following introduction of speed limits has been variable from year to year. This encourages people to argue that speed limits have made no difference – or even increased road deaths.

Since February 2014 the ruling Country Liberal Party government has been removing speed limits again. “Liberating us,” they claim, and “freeing us to drive according to our ability and the conditions”. There was no reply when I asked the Minister whether he thought we should be liberated from seat belts too.

The government seems unaware that half of all drivers are below average ability. The whole community bears the cost of unsafe roads through emergency, hospital and disability services, and the loss of our loved ones. Particularly distressing to me campaigning on this issue has been contact from the family of a traveller killed on NT roads. Almost 20 per cent of those killed on NT roads are visitors.

A systems approach to road safety is essential and safe speeds are a core element of a safe system. In PHAA’s election scorecard the governing Country Liberal Party ignored PHAA’s questions altogether, and one of the independents declared that he intended to remove speed limits from further road sectors.

Food security was also a question on PHAA’s election scorecard. PHAA is concerned at the high burden of nutrition-related suffering, particularly among Aboriginal people, who make up one third of NT population. Our question related to a government tender for establishing bakeries in a number of very remote Aboriginal communities. These could employ Aboriginal people, support them to undergo training and increase the range of foods available. However PHAA members have observed that the employees of the bakeries already established are often backpackers rather than Aboriginal people, and the bakery output is mainly pastries, cakes and buns.

PHAA is concerned about the lack of prior engagement with communities and service providers, and the lack oversight of either employment or what the bakeries produce. In PHAA’s election scorecard ALP, Greens and a number of independents shared PHAA’s concern at this regressive government action.

Overall NT has experienced a tumultuous period of CLP government which has lost five of the 16 members who gave it power at the 2012 election. We have suffered oil spills, coastal developments without consultation, lack of access to reproductive health services, incoherent alcohol policies, and the highest Aboriginal mortality rate in Australia.

The NT Health care system has many strengths including a strong Aboriginal primary health care system with sound systems for chronic disease care and a multidisciplinary approach. However, the evidence suggests that health gains are slowing.

Social determinants such as education and housing must be addressed to make real sustainable progress in closing the gap. In addition, much more needs to be done to strengthen the Aboriginal workforce in Aboriginal Primary Health Care.

PHAA’s scorecard highlighted relatively progressive policies among ALP, Greens and independents and a lack of concern for health of the people from the governing Country Liberal Party. Full report on PHAA’s election scorecard on the PHAA website.

The Royal Australasian College of Physicians’ (RACP)  Northern Territory Comittee is urging the incoming government to adopt strong policies which put the health of Territorians first. Its priorities include:

Four asks for a fairer NT 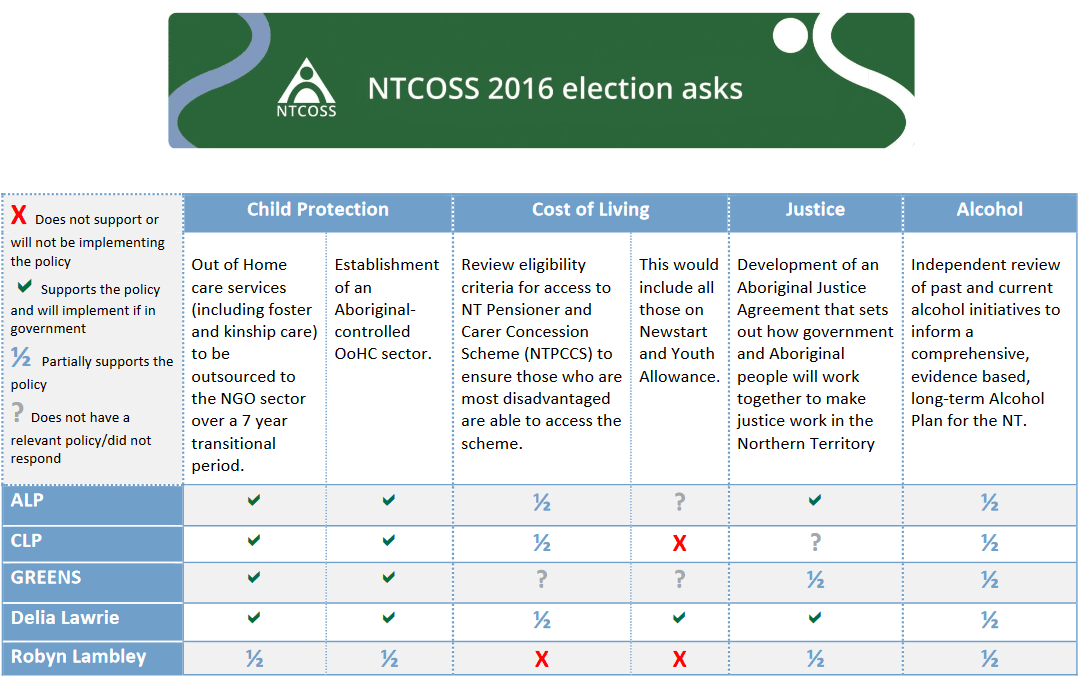 You can also read the candidates’ responses on those issues. Here are their responses on Justice and Child Protection. 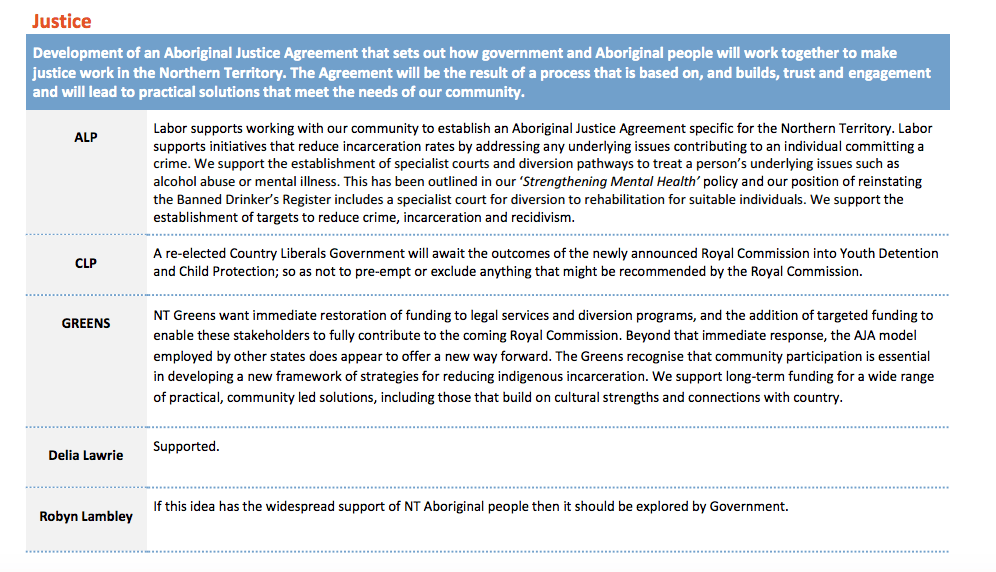 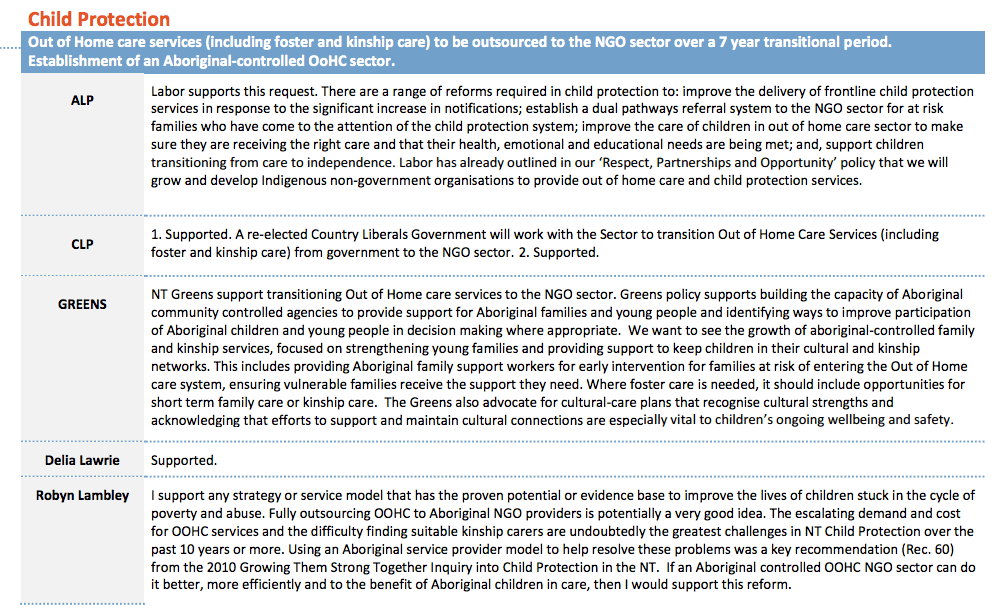 See also the election analysis on housing and homelessness policies from NT Shelter. 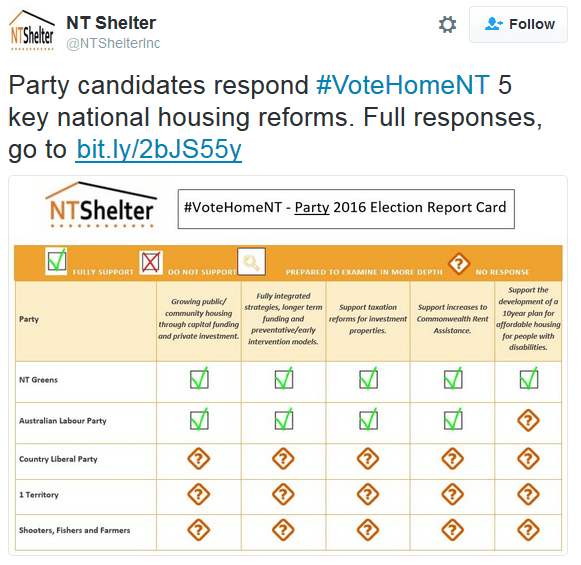 “Calling time on too much grog”

The Alice Springs-based People’s Alcohol Action Coalition (PAAC) and the Foundation for Alcohol Research and Education have declared that:

“Territorians are tired of the Territory being the booziest jurisdiction in Australia and tired of the problems associated with too much grog.”

Here’s their election scorecard based on five key alcohol policies.

See more here and their election platform: Calling time on too much grog in the NT.

The Don Dale revelations put new scrutiny on the way the NT is funded and governed.

Mike Seccombe has written about “a kind of fiscal racism” working in the Territory in this article in the Saturday Paper.

Peter Martin has written in The Age that the Royal Commission into abuses in juvenile justice should be followed by a proper inquiry into the Grants Commission formula and to the Northern Territory itself. He said:

If it was a state, it’d be a failed state, propped up by creaming off aid intended for its most disadvantaged citizens. 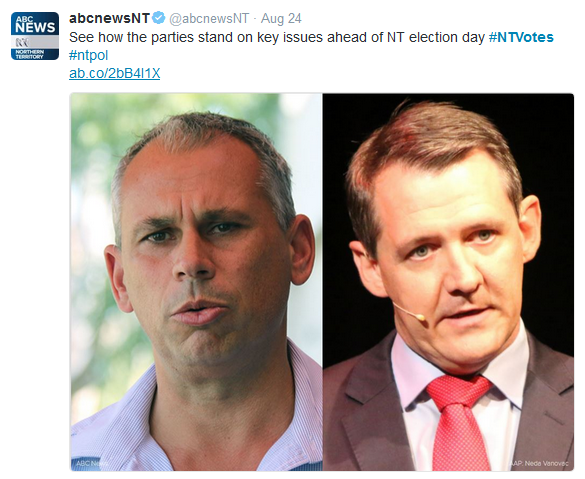 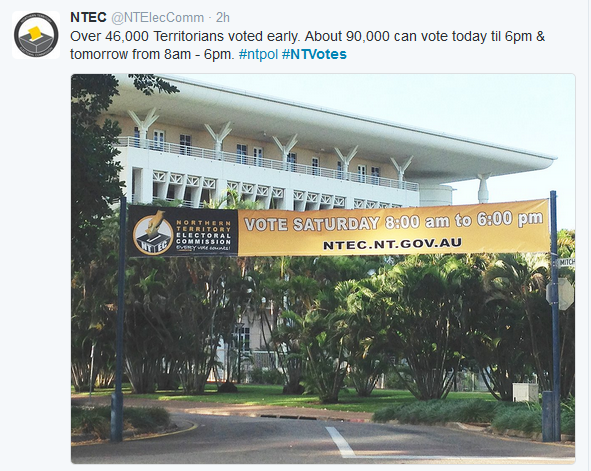