Home Croakey projects #CoveringClimateNow On an historic day for the #SchoolStrike, climate justice must be central 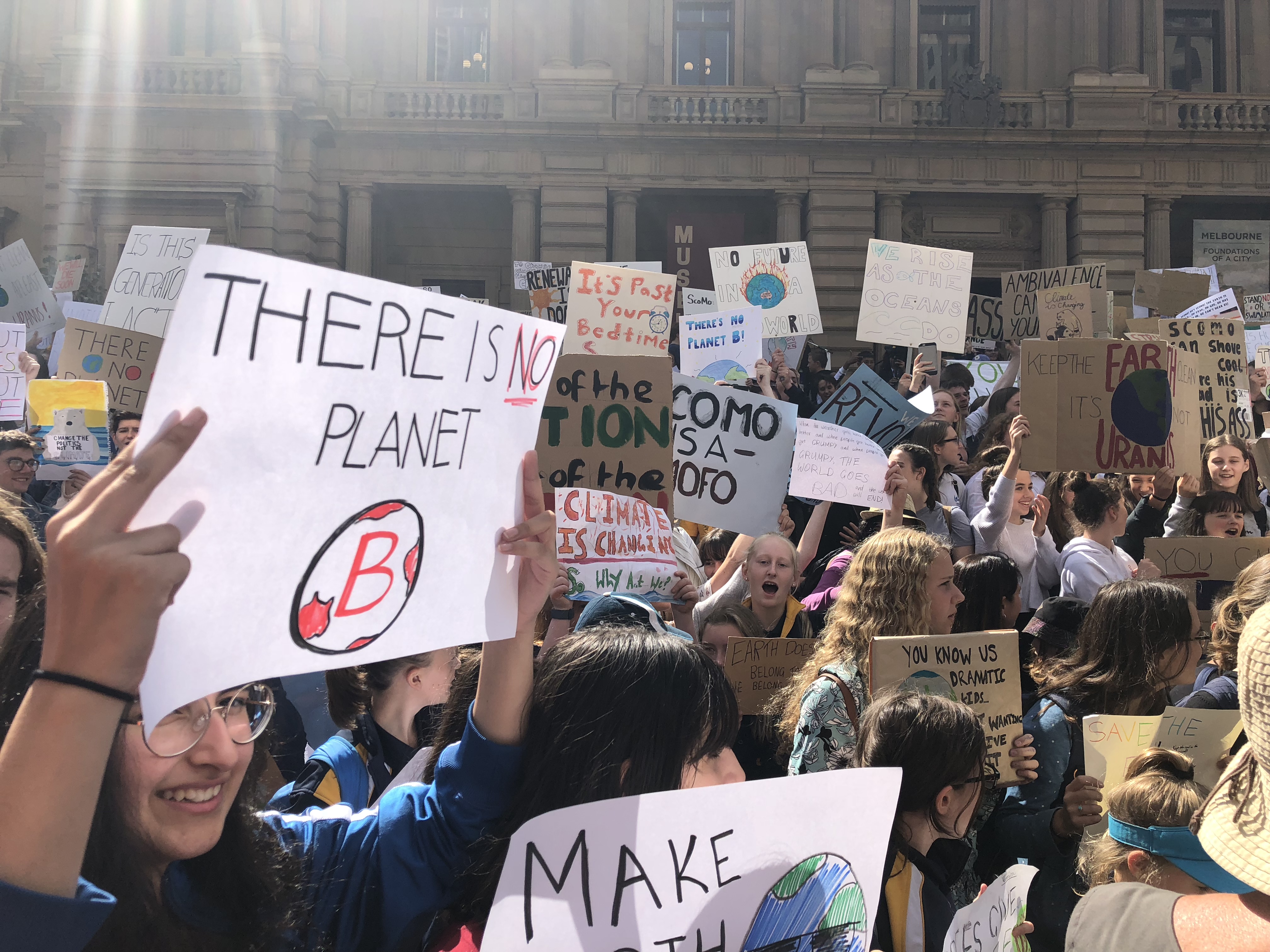 Messages from the school strike in Melbourne earlier this year. Photograph by Melissa Sweet

On an historic day for the #SchoolStrike, climate justice must be central

Meanwhile, the Central Land Council has urged climate strikers to think of remote community residents who are most at risk from the climate emergency. CLC chair Sammy Wilson said in a statement:

I call on them to spare a thought for Aboriginal people out bush who may not be able to travel to the strikes but who are already suffering most during our hotter, longer and drier summers.

I am dreading another summer like the last one because it is especially tough on our old and sick people who live in overcrowded, poor quality houses.”

Following the NT’s hottest summer on record, and the driest in almost three decades, Wilson said climate change and water security were critical issues for the CLC:

Last summer many people were struggling to sleep. We heard about people taking turns in the coolest parts of the house.

Most of our people live in concrete boxes and can’t afford to run air conditioners around the clock. Many don’t have working fridges to keep food safe for eating, so they are very likely to get sick.”

Children are also particularly vulnerable to the health impacts of the climate crisis, according to Dr Ingo Weber, a full time anaesthetist working in a public hospital and a member of Doctors for the Environment Australia, who explains below why doctors are joining the climate strike.

Climate change is the greatest threat to human health this century.

Climate change IS an emergency – it’s an existential threat to our society as it threatens the very foundation of what our bodies and minds require for health, such as clean air, water, a stable climate and access to shelter and healthcare.

Children are most vulnerable to climate change impacts today and during their lifetime. Their bodies respond differently, their behaviour exposes them to risks, they depend on others, and they can have a lifetime of exposure to potential harms.

Climate change is already responsible for an estimated 250,000 to 400,000 deaths per year of which almost 90 percent are in children. They also face growing threats from communicable diseases (diarrhoea, vector-borne diseases) and non-communicable diseases (asthma, malnutrition), injuries, and mental health impacts.

In the US, a longitudinal study of children who were affected by a natural disaster (fire, tornado, flood, hurricane, earthquake) before age five showed increased risk of mental health disorders in adulthood, particularly anxiety disorders. Extreme temperatures have also been demonstrated to decrease learning productivity and lead to poorer exam scores at school.

No Time for Games

When Doctors for the Environment Australia first published No Time for Games: Children’s Health and Climate Change in the lead up to the Paris 2015 Climate Change Conference (COP 21), it was an urgent appeal to protect the health of our children.

This unique and ambitious health campaign not only raised awareness of the health impacts of climate change on children, but also provided a united platform for health professionals. Now, 10 months later, over 2000 health professionals have joined, along with their respective health associations and Australian medical colleges, to urge action on our rapidly changing climate.

Just this week, I led a contingency of doctors  to Canberra to deliver a statement to this effect to the Australian Health Minister Greg Hunt (who was unavailable to meet with us) outside Parliament House, inviting speakers from all sides of politics to attend. 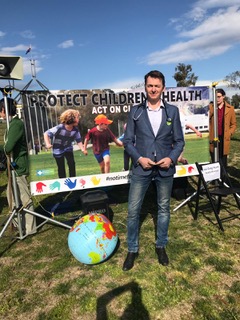 Inside Parliament, Zali Steggall OAM MP moved a motion, seconded by Helen Haines MP, recognising that human-induced climate change is one of the biggest and most urgent health threats to children, and urging the government to decarbonise by 2050 to reduce the intensity and occurrence of rising global heating and extreme weather events.

The evidence for these events is all too clear – overseas and in Australia.

Arctic and Antarctic ice shelves are melting. Indeed, they are melting up to five times faster than anticipated. Greenland experienced such a dramatic meltdown within a few days this northern summer that an area the size of Germany would have been 7cm under water. If all of the Greenland ice melts, there may well be a rise in sea-level of up to 7m. Meanwhile the Arctic was burning when temperatures were 15̊ C  above average, and the fires were releasing smog covering Europe.

In Australia, just recently there were unprecedented floods in Queensland with images of dead cattle strewn all over the farmlands, while forests (which had been fire-free for over 1000 years) were burning in Tasmania. Queensland is also experiencing a catastrophic bushfire season with fires in rainforests that do not normally burn, and in NSW extreme droughts are turning farmlands into dustbowls

These devastating events are an omen for what is to come.

With global emissions increasing year after year, Australia has been identified as the most vulnerable country to climate change within the OECD.

Given these scenarios, why is Australia not doing all in its power to reduce emissions in order to be able to urge other nations to do likewise?

We will only be able to reduce emissions in other countries if we have the international credibility by leading on this and not opening up more coal -fired power stations and coal mines. Failure to do so defies logic and exposes our policymakers as treating their constituents with contempt.

Meanwhile, there is much talk about adapting to our “changing climate” but with little realisation that once our Arctic and Antarctic ice shelves, and glaciers around the world are in melt-down (they are already melting) , they can’t be stopped, leading to sea-level rise of unmanageable magnitude. Together with droughts, heatwaves and bush fires, adaptation will become impossible for most of society.

The moral imperative to act decisively is clear. It is therefore little wonder that the voices of anger, fear and frustration are coming from the children themselves.

Greta Thunberg managed to capture and channel young people’s mood of anger and fear, triggering a global school strike movement which is growing larger every year

Australia is particularly in the sight of our school strikers for climate, where the dissonance between political inaction – even as  our planet warms, Australia continues to increase our fossil fuel exports and greenhouse gas emissions – and worsening environmental disasters is extreme.

Health professionals have a duty to speak out when the health and future of our society and that of children is threatened, particularly when there is political failure to put a clear and bipartisan national strategy in place to implement the solutions available to us.

A climate health emergency such as that called by the AMA is not based on political agenda or political ideology. It is based on facts and health evidence.  Similar to a medical emergency alarm in a hospital, or a fire alarm, it signals that clear and decisive action is required immediately to prevent the worst health outcomes. There needs to be no more debate. Action is what matters now.

Children understand this, and they have right to fight for their future health; doctors and health professionals have a duty to protect it.

This is why this week, doctors and other health professionals will proudly join the anticipated thousands of school students in Australia and across the world who will miss classes to call for urgent action on climate change.

Our message? There is No Time for Games; It’s Time to Act.

• Ingo Weber is a full time anaesthetist working in a public hospital and a member of Doctors for the Enviornment Australia. He was the lead organiser of the national campaign, No Time for Games, which concluded this week. 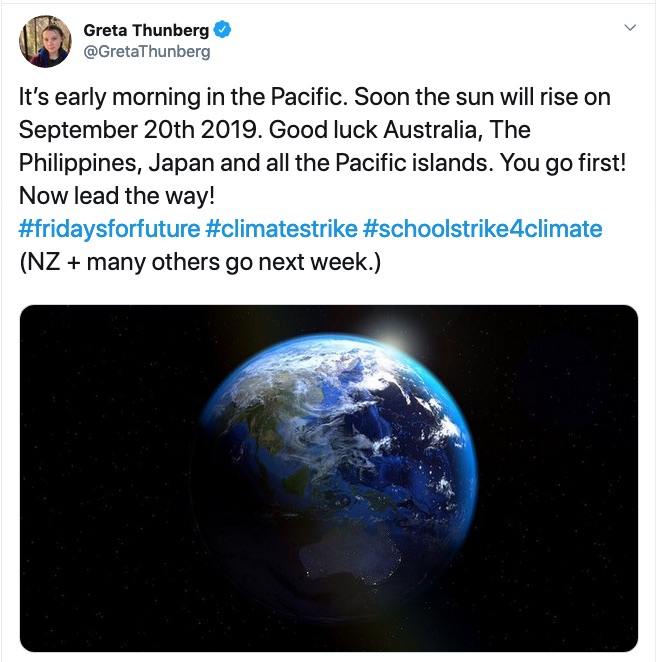 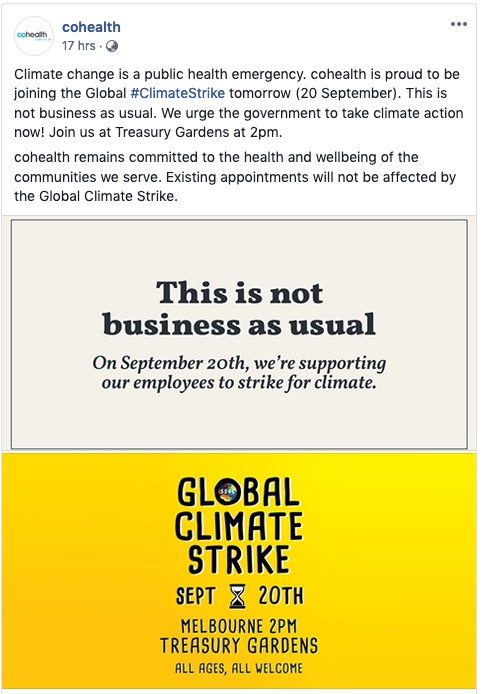