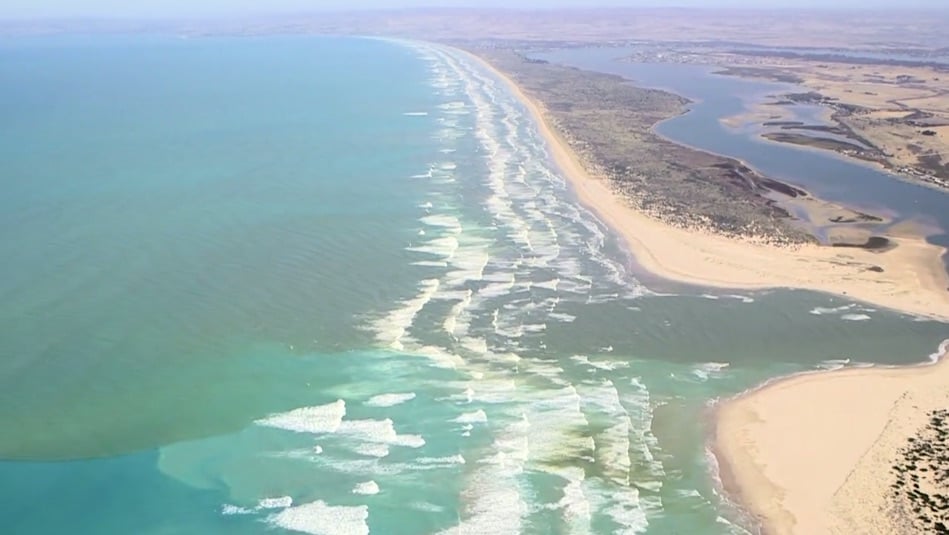 Image from video: We Are Ngarrindjeri (See details and link at end of article)

In the lead up to #EcoHealth2018 – the International Association for Ecology and Health conference – in Colombia this month, Croakey is publishing the final articles in our #JustClimate series.

In the article below, Summer May Finlay speaks with Clyde Rigney from the Ngarrindjeri Nation about the profound importance of caring for Ruwe (Country).

Aboriginal and Torres Strait Islander people have seen the lands now known as Australia change over tens of thousands of years. Each and every nation has stories of what their Country was like before colonisation and can see the damage being done by climate change and poor land management.

Often this knowledge has been ignored or discounted by non-Aboriginal and Torres Strait Islander people because is not based on western scientific evidence.

In recent years, we have seen Aboriginal and Torres Strait Islander land management practices working with western scientific knowledge to the benefit of country.

The Kimberly Land Council, which is located in northern Western Australia, has many land management strategies, including the use of fire. The fire management program assists the area in maintaining biodiversity. Land management through fire is a practice that the traditional owners have been using for millennia.

Clyde Rigney Junior (a former CEO of the Ngarrindjeri Regional Authority) spoke to me in April 2017 about the Ngarrindjeri view of Country and the work they do to protect it. You can watch our interview here.

A vision for caring, sharing and respecting

Our Lands, Our Waters, Our People, All Living Things are connected. We implore people to respect our Ruwe (Country) as it was created in the Kaldowinyeri (the Creation). We long for sparkling, clean waters, healthy land and people and all living things.

We long for the Yarluwar-Ruwe (Sea Country) of our ancestors. Our vision is all people Caring, Sharing, Knowing and Respecting the lands, the waters and all living things.”

Ngarrindjeri Regional Authority has been providing advice to successive governments at all levels on land and sea management with a focus on natural resource and environmental management. Like many other Aboriginal nations, this has often been ignored, that is until more recently. More recently, governments have been more actively engaging with Ngarrindjeri to increase the health of the land and water. Despite this engagement, there is still more that can be done.

“Our lands and waters are a living body. We can’t talk about our country without talking about who we are. Our identity and country are one and the same thing,” Rigney said.

“If the lands and water die, we die. Our identity dies with it.”

Rigney sees the role of the Ngarrindjeri is to “speak for country”. Governments are now starting to listen and to see the value of that connection.

Climate change and its impact on their country is something of which the Ngarrindjeri are acutely aware. That knowledge extends tens of thousands of years. The Ngarrindjeri have been on Ruwe since before the seas began to rise, 18,000 years ago. They have stories that have been passed down to today’s generations of how the sea rose and about 5,000 years ago stabilised.

The Ngarrindjeri know what this land was and should be. They can see the damage of climate change and poor land management on their Ruwe and Yarluwar-Ruwe (Sea Country).

The benefits of having cultural knowledge embedded into the ongoing management are that the knowledge of what a healthy system should look like is based on their extensive cultural knowledge. The work they do is for their country and their people.

Ngarrindjeri aims to ensure that their values and beliefs are extended beyond just an acknowledgement of country and are incorporated into land, sea and natural resource management.

This has not changed the way they view their Country nor their motivation to see it healthy and sustainable.

The Ngarrindjeri hope to achieve healthy Ngarrindjeri Ruwe and Yarluwar-Ruwe based on their cultural knowledge.

We Are Ngarrindjeri, is a video created to explain how the Ngarrindjeri are part of Ruwe and Yarluwar-Ruwe and it is part of them. You can watch the video here.

• Clyde Rigney Jr, a proud Aboriginal man, from the Ngarrindjeri Nation, is currently working for a Zancott Knight Facilities Management Supply Nation certified company to create opportunities for Aboriginal business development through partnerships. He has been at different times the CEO and former deputy Chair of the Moorundi Aboriginal Community Controlled Health service and former CEO of the Ngarrindjeri Regional Authority. He has also been on the Board of the South Australian Aboriginal Lands Trust and a Council Member of the South Australian Aboriginal Advisory Council. He is a proud father to three children and aspires to see the Ngarrindjeri prosper for them and future generations.

Croakey acknowledges and thanks the Oak Foundation for a grant to enable the #JustClimate project, and especially Stephen Campbell and Lucie Rychetnik for their thoughtful assistance in facilitating this. We also acknowledge and thank Professor Kerry Arabena for funding Marie McInerney’s registration to attend the international One Health EcoHealth Congress in Melbourne in 2016. We also acknowledge and thank the Public Health Association of Australia for auspicing the Oak Foundation grant, and Paul Dutton for the artwork, Mother Earth, in the logo.