Home Healthcare and health reform health regulation Over-the-counter codeine’s a thing of the past. What’s next in preventing opioid harm? 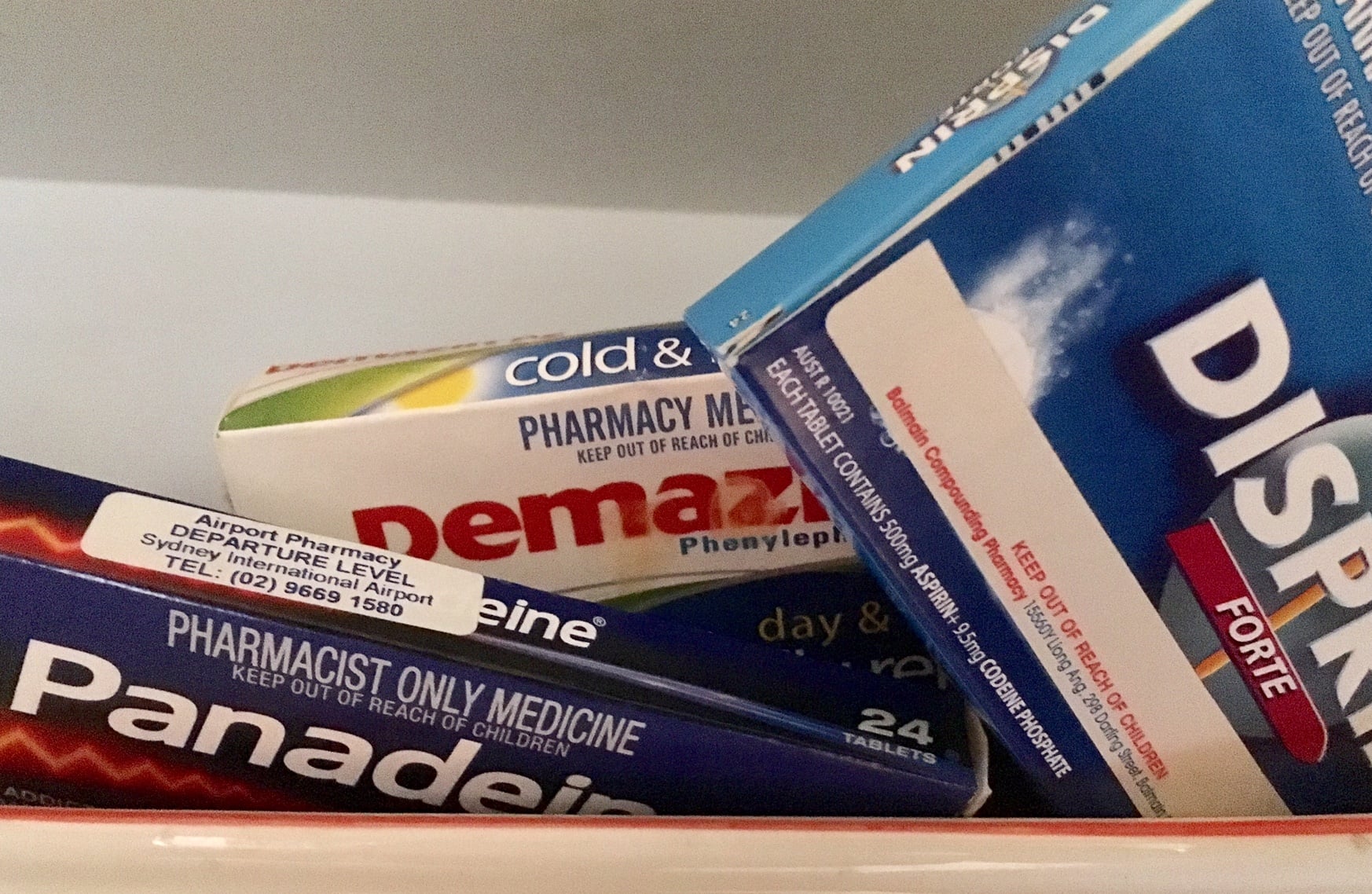 Over-the-counter codeine’s a thing of the past. What’s next in preventing opioid harm?

From today, you’ll need a prescription to buy any compound containing codeine in Australia. This probably won’t be news if you’ve been awake recently. Commentary about the rescheduling of codeine-containing analgesics from Schedule 2 (pharmacy only) to Schedule 4  (prescription only) has reached fever-pitch on the past few weeks. Not all of it has been helpful.

A thorough guide to the scheduling changes, for both health professionals and consumers, can be found on the TGA website here. Of particular interest is the document reviewing the safety and efficacy of over-the-counter codeine combination medicines.

How we got here

An editorial in Australian Prescriber last week, from addiction experts Darren Roberts and Suzanne Nielsen, provides some insight into Australians’ use and misuse of over-the-counter codeine-containing medications.

In regard to opioid addiction they write that 2.7% of people in Australia sought help for this problem in 2014, rising to 4.6% in 2016 – and there is evidence that over-the-counter, low strength medications contribute to this:

“A study in Sydney reported that codeine was the sole substance used by 39% of patients with a pharmaceutical opioid dependence and 83% of these patients were using only over-the-counter codeine.”

That’s a lot of packets of low dose codeine and it’s potentially toxic (if taken to excess) co-formulated ingredients such as paracetamol, aspirin and ibuprofen, and a significant contribution to Australia’s burgeoning opioid problem.

The paper goes on to give some of the history of the codeine rescheduling, and provide advice for identifying and assisting people whose addiction is unmasked by the shift to prescription only. It’s well worth a read if you need to remind yourself, or explain to others, why the TGA’s decision has been backed by peak medical bodies including the AMA the RACGP, the RACP the RDAA  and Pain Australia, along with the Consumers Health forum of Australia, who yesterday released a set of six “storycards” to encourage discussion and provide information about pain relief options beyond February 1.

The up-scheduling comes after an 18 month consultation by the TGA, followed by more than 12 months lead-time since it was announced. Despite everyone making preparations (including television advertisements), concern about what might happen when consumers find their access to these analgesics has changed has dominated the national conversation.

The Australian’ s Sean Parnell reported on Tuesday that NSW health minister Brad Hazzard (who has never been a fan of the up-scheduling) was concerned that people wanting codeine would flock to the state’s overcrowded emergency departments.

On the same day, federal health minister Greg Hunt faced a surprisingly confrontational interview on Radio National’s Breakfast Programme, in which presenter Fran Kelly, told him, “people are furious. I’ve never seen such angry texts as on this topic.”

There have also been scattered reports of people panic buying or stocking up on codeine products ahead of the scheduling change.

The Pharmacy Guild of Australia, which has opposed the up-scheduling citing concerns about access for people with a legitimate need for acute pain relief, and the capacity of the medical system to deal with the increased demand for consultations and prescriptions, is ceasing its real-time monitoring of  over-the counter codeine prescriptions from today.

MedsASSIST, a voluntary database to which just over 70% of pharmacists submit codeine purchasing information, had identified potential dependence issues in about 3% of transactions, although the 30% non-participation rate makes this finding difficult to interpret.

There was also a surprise announcement last week from federal health minister Greg Hunt that the government would provide $20 million to run a Pain MedsCheck, in which pharmacists will “assist patients who are taking medication to deal with on-going chronic pain of three or more months”.

Neither the lack of detail about the trial nor the lack of consultation with medical bodies was well received in some quarters, with AMA president Michael Gannon, describing it as “a slap in the face for GPs,” although the initiative was welcomed in a joint statement from Pain Australia and the Consumers Health Forum of Australia.

A rumour that that the TGA was considering removing GPs’ authority to prescribe strong opioids was denied.

Rather than “bracing themselves for a patient stampede” of patients requesting pain medication as they have reportedly been told to do, GPs who have spoken publicly are fairly sanguine about the scheduling change, reporting that it will provide an opportunity to identify patients with poorly managed chronic pain and associated conditions.

“I don’t think the rescheduling will have a big effect. It is an opportunity for doctors to find out what patients are taking. A small group of people who have been self medicating for chronic pain will get better treatment. Others, who have used over-the-counter codeine preparations occasionally and infrequently will be inconvenienced.”

“Drug abuse has multiple causes. People with entrenched opioid addiction will probably not be deterred by this change. They’ll doctor shop until they find someone who’ll write the script or find somewhere else to get it. Unless we have real-time prescription reporting and better ways to manage addiction I don’t think much will change.”

After plans for a national electronic prescription monitoring system stalled about five years ago, the government announced last year that it would invest $16 million to roll out such a system, which has been repeatedly called for by both medical and pharmacy peak bodies.

Emergency physician David Caldicott told the Guardian that he believed opiate restrictions should apply, “across the board,” not just to over the counter preparations, but that any changes should be followed up to guard against unexpected consequences. He also expressed support for a national, real-time monitoring system for patients prescribed opioids and other drugs of addiction.

Caldicott went on to suggest that medicinal cannabis could be a useful analgesic for patients at risk of “falling through the cracks” and turning to other drugs and illicit substances.

In their Australian Prescriber Editorial, Roberts and Nielsen, wrote that training GPs in the use of opioid substitution treatment for patients with addiction could be considered.

Whatever happens next, the rescheduling of codeine to prescription-only feels like a beginning rather than an end. A study that made headlines last year revealed that, in 2012, accidental deaths from prescription opioids far exceeded deaths from heroin overdose in Australia. Australia is firmly ensconced as a participant in the global prescription opioid addiction epidemic.

The TGA has recently issued a discussion paper, outlining a range of options for regulatory responses to prescription, strong (Schedule 8) opioid use and misuse in Australia. More regulation won’t work on its own but it’s one avenue that government can take to limit the supply side of the equation.

A recent article from the US observed that the prescription opioid epidemic has its origins in the 1990’s, when a desire to relieve pain and suffering led to the use of strong opioids for non-cancer pain, and pharmaceutical companies fuelled their market. In Australia in 2018, the up-scheduling of codeine has provided much needed focus on the duel aims of relieving pain, and preventing the suffering of addiction.