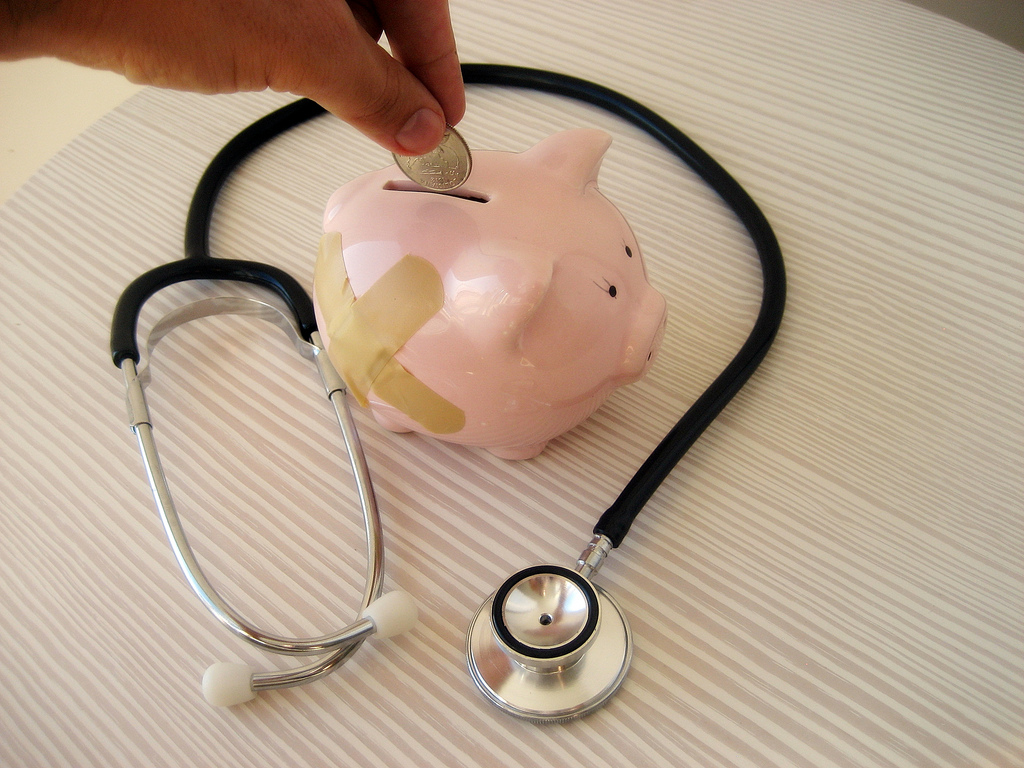 With a damning report on significant waste in the health system due to air on the ABC’s Four Corners program tonight, it’s worth reviewing the latest data on Australia’s health spend.

The Australian Institute of Health and Welfare released its 2013-14 health expenditure report card last week, an interesting read that included the following highlights:

A growing onus on patients to pay for care has important implications for equity, as outlined in this piece over at The Conversation, which we’ve reproduced below.

Some food for thought before Four Corners tonight, which is already generating significant discussion online. Join us on the hashtag #4corners if you’re planning to watch.

The AMA’s @SParnis agrees there are systemic problems with health but says doctors are NOT over-servicing #4Corners pic.twitter.com/hNYb5OBKmI

Rarely have I seen a more convincing bank of credible professionals than we have on #4Corners tonight on medical over-diagnosis.

This debate rages amid several government reviews into health spending including the Medicare Benefits Schedule (a nice piece from the taskforce head here) and Primary Health Care.

Australians are picking up some of the slack of government belt-tightening by paying more for health, with experts concerned this could reduce the equity in Australia’s health system, a new report has revealed.

The Commonwealth government’s warnings of the health system being unsustainable have been used to justify it stripping A$2 billion from the 2015 health budget over the next five years, raising the sceptre of increasing bills for every Australian.

An Australian Institute for Health and Welfare report released today shows the non-government share of health expenditure grew by more than double that of both commonwealth and state governments in 2013-14.

But non-government spending surged by five percentage points, to nearly A$50 billion in 2013-14, generally in line with the upward trend for the funding source over the last decade.

Professor of Health Economics at the University of Technology Sydney, Rosalie Viney, said the general trend was “concerning”.

“Government expenditure has remained steady compared with private expenditures and if this translates into out-of-pocket expenses for consumers, it’s likely to increase the inequity in our system.”

Spending by individuals accounted for 55%, or $A27.5 billion, of non-government funding. The report showed some of this was made up of payments for medications not subsidised by the Pharmaceutical Benefits Scheme (PBS).

Professor Viney said some of the increase in private spending also related to government changes in means testing of health insurance and tax rebates.

Despite this, Senior Research Fellow in Health Economics at Curtin University, Dr Richard Norman, said the growth in health spending was relatively slow in the reporting year.

“The rate of increase in expenditure over the year is a little higher than over the previous year but is below the long term trend. Even if the level of service stays the same for each type of person, you would expect some positive increase in total spending because the population ages and older people on average use more health services,” he said.

“So, I think the figures might reasonably be interpreted as suggesting that the system is achieving a balance between cost containment and delivery of good care.”

But Dr Norman added a focus on expenditure alone showed only half of the overall picture.

“Patient-reported outcomes would be really valuable alongside this kind of data, to identify if the money is being spent in a way that actually benefits individual patients or not,” he said.

The report showed Australia’s health expenditure accounted for 9.8% of GDP in 2013–14, which, despite the slow growth, was up from 9.7% the year before. This was because health spending grew faster than the overall economy.

International comparisons however, showed Australia’s proportion of health spending to GDP was half that of the United States. Professor Viney said this showed universal health care was a more efficient way of running a system.

“The US is spending way more as a proportion of GDP, almost twice as much per person. And it’s not buying better health outcomes, it’s just paying more for them – and more inequitably, I might add,” she said.

“One of the things it shows is that a universal health care system that’s got a high proportion of government funding tends to be a better way of managing health expenditure.”

Original article at The Conversation, featuring Curtin University’s Richard Norman and Rosalie Viney from the University of Technology, Sydney