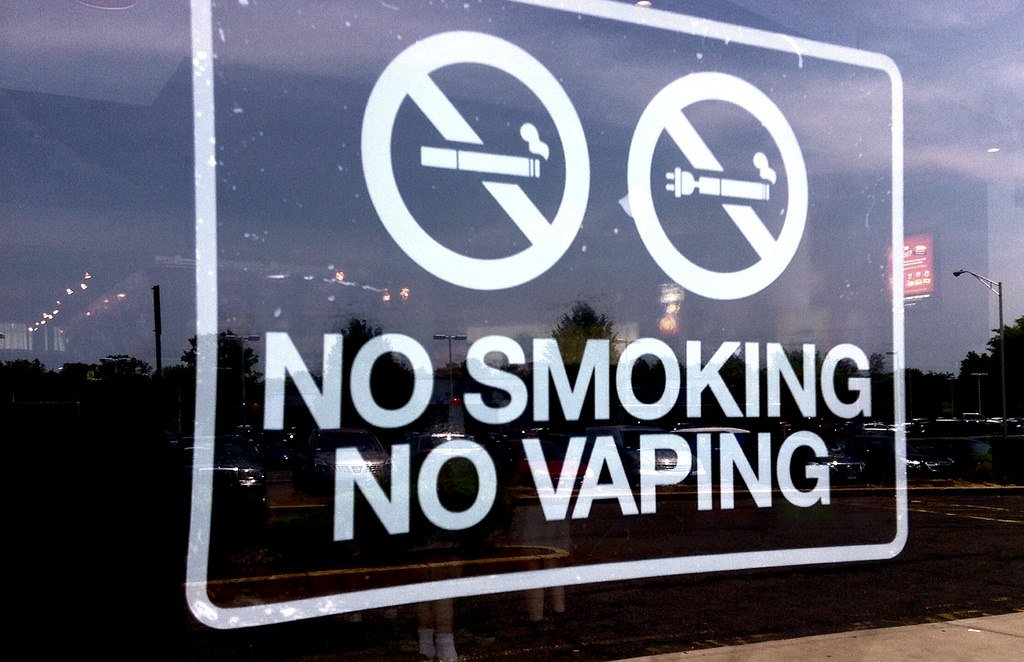 Proponents of e-cigarettes in Australia will be quick to tell you that the sale of these products is legal in most comparable overseas jurisdictions, and that they are helping cigarette smokers to quit.

Australian authorities have been more cautious, but there is an ongoing federal parliamentary inquiry to investigate the health impacts of e-cigarettes and personal vaporisers, their marketing, possible use as smoking cessation aid, and the “appropriate regulatory framework” for these products.

Our skepticism may well prove to be a strength. The post below, from Emeritus Professor of public health and long-time tobacco control campaigner, Simon Chapman, describes the tobacco companies’ “week from hell” in the US, as an influential report found scant evidence to support the benefits of vaping, and raised substantial concerns that it is a gateway to smoking.

Adding insult to injury, tobacco company Philip Morris suffered a setback in its marketing plans, after failing to convince an FDA panel that its “modified risk tobacco product” was less harmful than cigarettes.

No doubt the evidence will continue to unfold as Australia considers its options.

Many will remember when in late 1992, on the 40th anniversary of her accession to the throne, Queen Elizabeth II described the year as her annus horribilis after a string of very public domestic scandals and separations. Last week, it was the turn of the vaping and tobacco industries to experience days they are unlikely to forget. It is likely to go down as their pessimus sabbati (worst week).

On January 23, 2018 the most prestigious scientific bodies in US (and arguably global) science, the National Academies of Sciences, Engineering and Medicine (NASEM) published a 613 page, 16 chapter door-stopper of a report on the Public Health Consequences of E-Cigarettes.

Two days later, the US Food and Drug Administration’s scientific advisory panel, assessing submissions made by Philip Morris about its “heat not burn” putative “harm reduction” product IQOS (I Quit Ordinary Smoking), rejected arguments made by the company that IQOS was less harmful than smoking cigarettes. The vote was a decisive and humiliating 8-0, with one abstention.

Their decision is a major setback to Philip Morris and other tobacco companies that are stampeding to develop, and to gain approval for, allegedly reduced risk products. They had hoped that in the US (one of the few advanced economies where tobacco advertising is still allowed) they could promote these products as “safer”. The US has a large, well-resourced and thorough drug regulatory system. Many other nations, including Australia, will certainly pay close attention to the panel’s judgement.

IQOS has been test marketed in Japan, a nation known for its early and often fickle adoption of new technologies, including in tobacco products. But Japan has a notorious reputation in global tobacco control, with long standing direct government interest in the tobacco trade, an immensely powerful tobacco industry, very low tobacco tax and bizarre regulations like banning smoking outdoors on footpaths but not indoors in bars and restaurants. Few if any other nations would look to Japan for leadership in sensible tobacco control.

The evidence and the lack of evidence

The NASEM report was built around a precise system of evidence assessment that ranged across six levels ranging from “no available evidence”, through “insufficient”, “limited”, “moderate”, “substantial” and up to “conclusive”.  NASEM reached 47 conclusions, listed here.

The key claims made by e-cigarette advocates are that these products are far safer than cigarettes; that they are very good at helping smokers quit; and that there is little evidence that kids who have never smoked and who experiment with vaping have a much greater likelihood of going on to smoke than kids who do not try vaping.

The NASEM report reviews the evidence on each of these key areas in far greater detail and transparency than any previous reviews. Among its key conclusions are:

Too good to ignore

In a slap in the face to the much-megaphoned factoid that e-cigarettes are “95% safer” than smoking, the NASEM report fails to even reference the much criticised report of the 12 individuals who produced that figure. Last year a senior official of Public Health England, Professor John Newton, told an Australian parliamentary enquiry of this 2014 report “We say what really matters is that evidence underlying this figure came from the Nutt report.”

While PHE had endorsed the “95% safer” figure to the delight of vaping advocates, significantly, the NASEM report does not provide any estimate of comparative safety, because of the widespread lack of evidence about the actual risks of vaping, so thoroughly reviewed in their report.

An Australian federal parliamentary committee has been working on a report on e-cigarettes for much of 2017. Much of the content of the NASEM report contradicts screeds of information given by vaping advocates to the committee. It will be interesting to see how the committee incorporates this new tsunami of unparalleled evidence from the NASEM report into its findings.