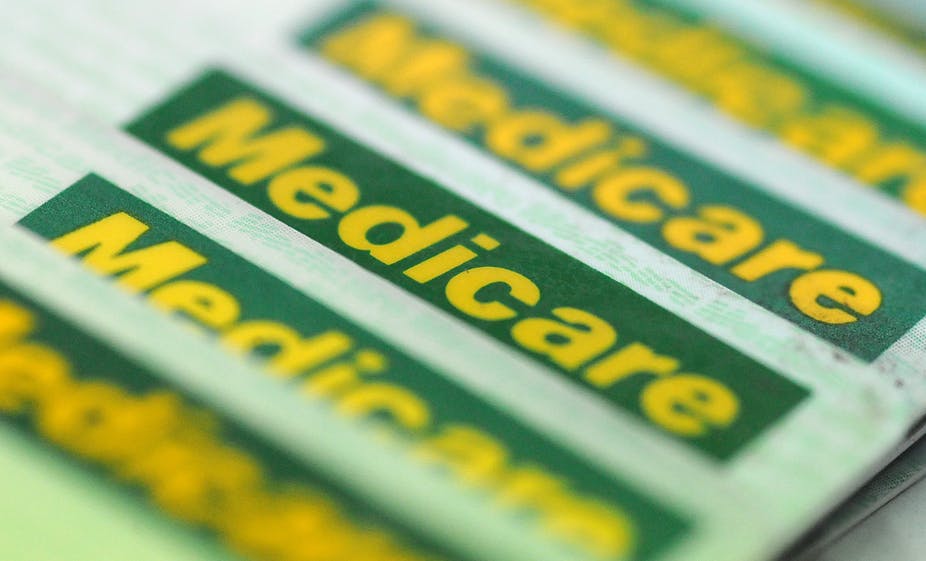 The private health insurance (PHI) ‘death spiral’ is opening up the debate about Australia’s overall approach to health funding.

For example, Andrew Podger has recently revived the idea of ‘managed competition’, a model first proposed by one of the architects of Medicare, Professor Dick Scotton, and also provided as an option by the National Healthcare and Hospitals Reform Commission in 2009.

Angela Jackson has also suggested re-directing the PHI rebate subsidy into direct payments by the government to private hospitals for services provided to private and potentially also public patients.

In the post below, Chair of the Australian Health Care Reform Alliance (AHCRA), Jennifer Doggett, welcomes these suggestion and calls for a broad and inclusive debate about the future of health funding in Australia.

She argues that consumers should be at the centre of this debate and that it should focus on modernising Medicare, as well as moving away from the current subsidies for PHI.

It should be clear to anyone without a vested interest in this industry that private health insurance (PHI) is not meeting the needs of our community.

Despite the $11 billion subsidy provided to the PHI industry and recent reforms to make PHI more attractive to consumers, the exodus from funds is continuing with no clear endpoint in sight.

This is understandable. PHI has a number of major disadvantages compared with existing alternatives, such as Medicare.

For example, PHI funds spend 15 cents in every dollar of revenue on administrative costs and overheads.  This is means they are far less efficient than Medicare, which spends only five percent of its funding on administration. This is mostly because there are over 30 separate PHI funds which each require administrative systems, staff, boards, CEOs, shopfronts, advertising and member communications. There is no way that these multiple funds can achieve the same economy of scale as Medicare.

Another major inefficiency is that PHI funds are unable to exert control over pricing. Health funds are passive payers without the market dominance of Medicare and so can do little or nothing to influence doctors’ fees.

This is one reason why countries whose health system is dominated by PHI typically have higher overall health care costs (without achieving better outcomes) than those with a strong public or universal insurer.

PHI is also fundamentally inequitable. People on higher incomes benefit much more from PHI than those on lower incomes.  All taxpayers fund PHI through their taxes but only the 45 percent of people with PHI benefit from the subsidies.

PHI is also inequitable for people in rural areas who pay the same amount as those in urban areas via their premiums but have significantly reduced access to private health services.

In fact, some of the most disadvantaged and marginalised groups in Australia with the poorest health status such as Aboriginal and Torres Strait Islanders, have the lowest rate of PHI.

PHI is clearly not an appropriate funding mechanism to direct health resources where they are most needed.

Transitioning our health system away from supporting PHI will free up around $6-$11 billion in funding (depending on how this is done). AHCRA believes that this funding should be targeted to those with the highest health care needs.

We also believe that discussions about alternatives to PHI should occur in the context of a broader debate about the future of health funding in Australia.

Medicare is far superior to PHI but it was developed over 30 years ago for a community with different health needs and priorities.

While AHCRA strongly supports the Medicare principles of equity and universality, we also support the need for Medicare to continually adapt to meet changing community needs.

We don’t know all of our future health care needs but one thing we can be sure of is that healthcare costs will increase.

This is inevitable given our ageing population and new developments in treatments and technologies, such as genomics and personalised medicine.

These can help keep people healthier for longer but we need to make sure that all Australians can benefit from these developments and share in the opportunities that our wealthy country can provide.

This is why we need to open up the debate about the future of health care funding.

This includes communities with specific health care needs, such as Aboriginal and Torres Strait Islanders, older Australians, people with chronic conditions and people with mental illnesses.

AHCRA then believes that all the options being suggested should be assessed according to their ability to reduce, rather than increase, current gaps and inequities in access to health care.

They should also be judged on whether they address one of the major problems with our health funding system which is its reliance on fee-for-service funding models.

Fee-for-service (FFS) may have been a suitable funding system in the 1980s when the need for episodic and acute services was greater but it does not support optimum care for people with chronic illnesses. In particular, FFS encourages over-servicing and does not typically remunerate doctors for providing non face-to-face services, such as care coordination, case conferencing and data collection.

Other changes that should be considered are how to move away from the current individualistic approach to health funding and build into Medicare the capacity to focus more on primary and secondary prevention, social determinants and population health.

For decades, governments have resisted moving away from the expensive and inefficient PHI system. However, now that it appears impossible to avoid, it may provide a valuable opportunity for a broader debate about health funding and how we can build on Medicare to developed a genuinely universal and efficient health funding system for Australia’s future.