Home The Croakey Archives Croakey Conference News Service 2013 – 2019 2019 Conferences #CPHCE19 Picking up the pace on the journey to integrated health care: a preview of #CPHCE19 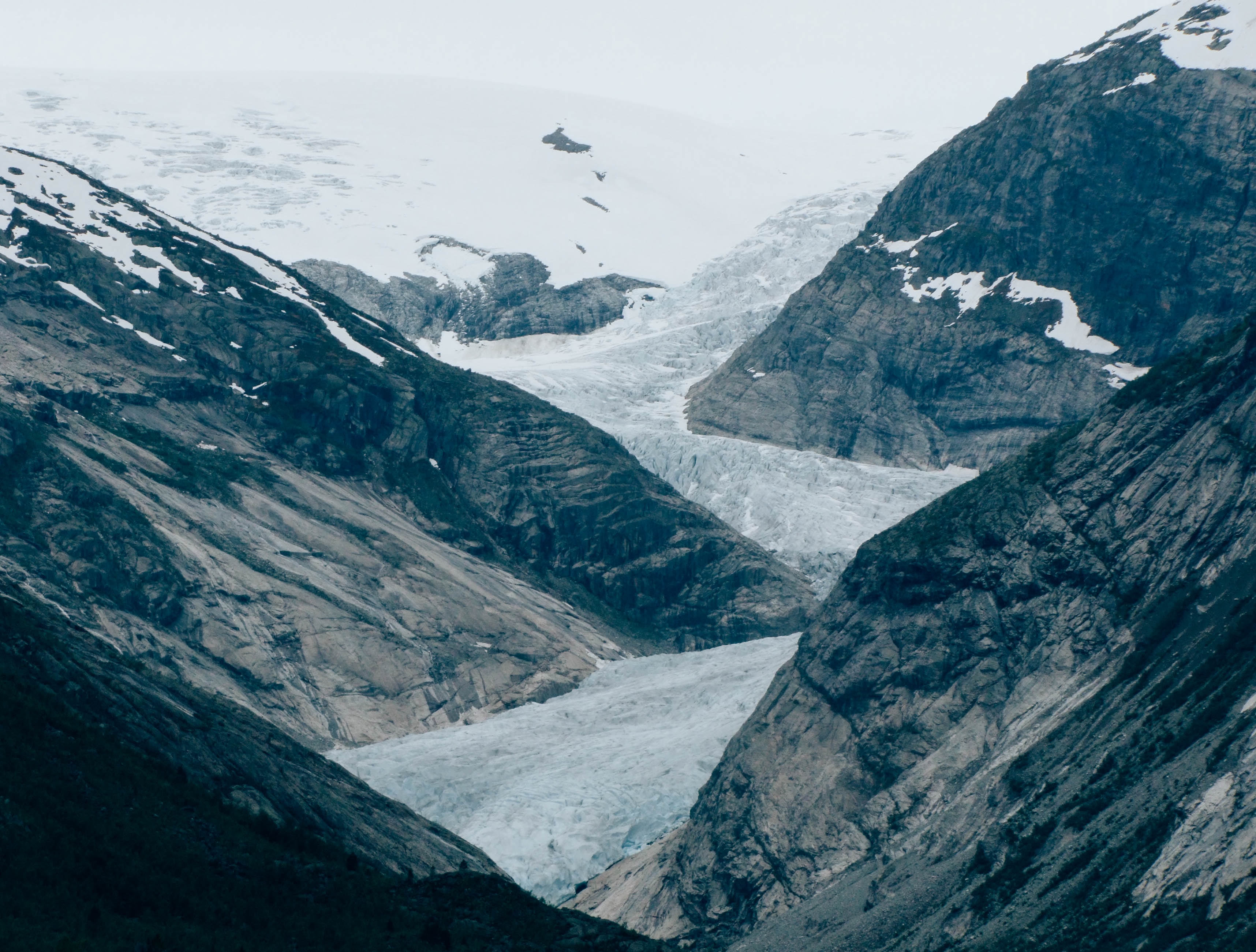 Picking up the pace on the journey to integrated health care: a preview of #CPHCE19

Why is timely, coordinated access to all the sectors and services needed to maintain health and address health care needs often so hard?

Is this a wicked problem, or are there examples of programs that have transcended the siloed landscape of primary care, tertiary institutions, specialist services, community organisations and other entities involved in our health needs, to produce truly integrated care?

A forum to be held tomorrow, hosted by the Centre for Primary Health Care and Equity (CPHCE) at the University of NSW, will provide a platform for creative solutions to the problem of fragmentation in health care and, indeed, across all the sectors that influence health.

Croakey’s Amy Coopes will be there to report on the day, which she previews below.

Health service silos, and the “glacial” pace of reforms to bridge the divides between them will come under scrutiny this week at a Sydney summit on health care access and integrated care.

The Centre for Primary Health Care and Equity’s (CPHCE) annual forum, to be held at the University of New South Wales on Wednesday August 14, will showcase success stories at the interface of primary care and tertiary or specialist settings, with a keynote from Jean Frederic Levesque, who is chief executive of the NSW Agency for Clinical Innovation.

Levesque, who is renowned for his work on access to healthcare, will deliver the Ian Webster Health For All oration on art, relationships and science in primary care research.

The glacial pace of reform

Themed ‘Integrated Care’, the event will focus on systemic challenges in the health sector and efforts to overcome fragmentation between hospital and community sectors, as well as the transition between specialist and follow-up care.

Professor Mark Harris, executive director of the CPHCE, has been working in this space for more than 30 years, and said while progress had been made in areas such as provision of hospital discharge summaries to GPs and shared care of diabetes and antenatal patients, the pace of reform had been “glacial”.

“We’ve made incremental progress; one of the things is just how slow progress has been,” said Harris. “It’s a challenging theme.”

Harris said the interfaces between primary care and emergency departments, and GPs and cancer care, remained particularly difficult, and that the latter was increasingly an issue as treatments and survival rates improved. Research on both these topics will be presented at Wednesday’s forum.

Another gap that Harris said was often overlooked but presented real opportunities for preventing hospitalisations was integration between primary care and allied health. He said this involved “not just the GP doing a care plan, but the provision” of these services. CPHCE Associate Professor Margo Barr, an epidemiologist, will be presenting data on this issue, drawing on findings from the 45 and Up study, a longitudinal examination of healthy ageing in a cohort of more than 250,000 people in NSW.

Harris said the fragmentation of funding, infrastructure and services between the Commonwealth and states remained the single biggest hurdle in health care integration, along with the proliferation of bureaucratic silos in primary care including the Primary Health Networks and Local Health Districts, and non-government organisations commissioned to provide services.

As health services became increasingly specialised there was a tendency for KPIs to dominate, at the expense of good patient care, he added.

Health services, particularly specialist services within hospitals and so on, are pressured to perform and they tend to do what their performance measures say. That’s getting people dealt with quickly and being safe within the hospital, but it doesn’t mean people necessarily get adequately dealt with once they leave.”

Information systems were also a significant barrier, with sharing of data between primary care, community-based health services and the Local Health Districts beset by both technical and trust issues, Harris said.

It’s actually not [IT] firewalls, it’s policy that’s the problem,”

With data breaches plaguing both the commercial and health sectors – the recent hacking of Singapore’s National Electronic Health Record being just one notable example – Harris said there were “legitimate concerns” about privacy and the security of health information.

“But what that gets translated to is a kind of bureaucratic inertia, and it’s very hard to get anywhere with that,” he said.

Harris said that, in the current  conditions, stopgap measures and ‘band-aid” add-ons tended to flourish, with varying degrees of success. Unless they were properly integrated with primary care systems, these solutions became “just another bit of the system that connects imperfectly.”

Addressing fragmentation was not just an issue within the health sector but also for services intersecting with it, including major government initiatives like the National Disability Insurance Scheme, My Aged Care and Carer Gateway, added Associate Professor Frederic Sitas, director of the CPHCE.

“How will these new big initiatives integrate into the health space?” said Sitas.

Theory can make a difference to patient outcomes

Frederic Levesque, a physician with a doctorate in public health and a masters in community health, has worked as a primary care researcher in India, Canada and Australia and will reflect, in the Ian Webster Health For All oration, on “zombies, ghosts and other metaphors” at the intersection of theory and practice.

During his PhD studies on access to care in urban south India and as a clinician working in refugee health in Montreal, Levesque saw first-hand how research findings could drive an evolution in theoretical frameworks, and how clinical work grounded in theory could make a real difference to patients.

Working in clinical practice with people who could really mobilise concepts demonstrated to me that they were also better able to understand their patients, and certainly better able to organise care in a way that responded to their entire patient population.”

In Montreal, his clinic drew heavily on conceptual frameworks, working with an anthropologist to better understand the flow of patients through their practice, how to be more responsive to patients’ needs and also “their vulnerability and how health care could contribute to it,” Levesque said.

Life can actually be informed by theories, it’s just about balancing it with more pragmatic realities to support action, and not just using theories as an object of discourse,”

As head of the NSW Agency for Clinical Innovation, Levesque said he too often saw initiatives that didn’t work because “we run and we try to change things quickly, and we are not really thinking about things enough and not realising the complexity of all of the influences that prevent or support people from changing.”

“Unfortunately even in improvement and innovation work, very often we don’t try to understand how things work. We don’t harness the power of theories and concepts enough,” he said.

Levesque, who is renowned for developing the access framework for health, will reflect on three projects he was involved in in Canada, exploring patients’ experiences of primary care, the drivers of utilisation, and the impacts of reform on both how services are experienced and on health outcomes.

He will also share his doctoral research experiences working in medical anthropology, and some of the lessons other disciplines including sociology, organizational theory and statistical theory have to offer in terms of conceptual frameworks in primary care research, particularly when working with Indigenous or vulnerable populations.

Levesque said a strong conceptual foundation was not only essential to navigating the “chaos of analysis” but also in shaping a narrative to inform policymakers and drive reform.

Getting rid of ghosts and zombies

Crafting his own narrative, Levesque will counsel against chasing ghosts – outdated models whose ideas and purpose are no longer relevant – or zombies in primary care research.

Some of his zombies – ideas that never die – include the quadruple or triple aim (“there is no evidence that this framework has actually helped anyone do anything”) and Barbara Starfield’s work on continuity of care and the doctor-patient relationship.

“There’s lots of theories showing that in reality we can’t run healthcare systems just based on those individual relationships anymore, because everything has changed,” said Levesque.

The amount of knowledge clinicians now need to have is significant, but also the actual competencies and qualities that various people have cannot fit with all of the different needs of patients. Care needs to be team-based.”

Speaking directly to the event’s theme, Levesque said one of the enduring zombies in the Australian context is the notion that “we can’t do anything because primary care is Commonwealth funded and hospitals are state funded.”

“That’s not even entirely true, and technically, in systems elsewhere where those funding streams are integrated, there is often exactly the same fragmentation between the two sectors,” he said.

Levesque said the thrust of his talk was perfectly captured by Richard Wagamese, an Indigenous Ojibway author from Manitoba, who wrote:

Knowledge is not wisdom, but wisdom is knowledge in action.

I command a lot of facts. I comprehend a lot of concepts. That does not make me wise or even intelligent. It just indicates what I have memorized. But when I activate those facts and concepts to find the greatest, grandest version of myself, and then use them to work towards that vision, I begin the process of wisdom.

The CPHCE annual forum will be held at the University of New South Wales on Wednesday, August 14, from 9am. You can follow the event via the hashtag #CPHCE19, and Amy Coopes @coopesdetat will be reporting live for the Croakey Conference News Service.

You can read our previous CPHCE forum coverage here, here and here.