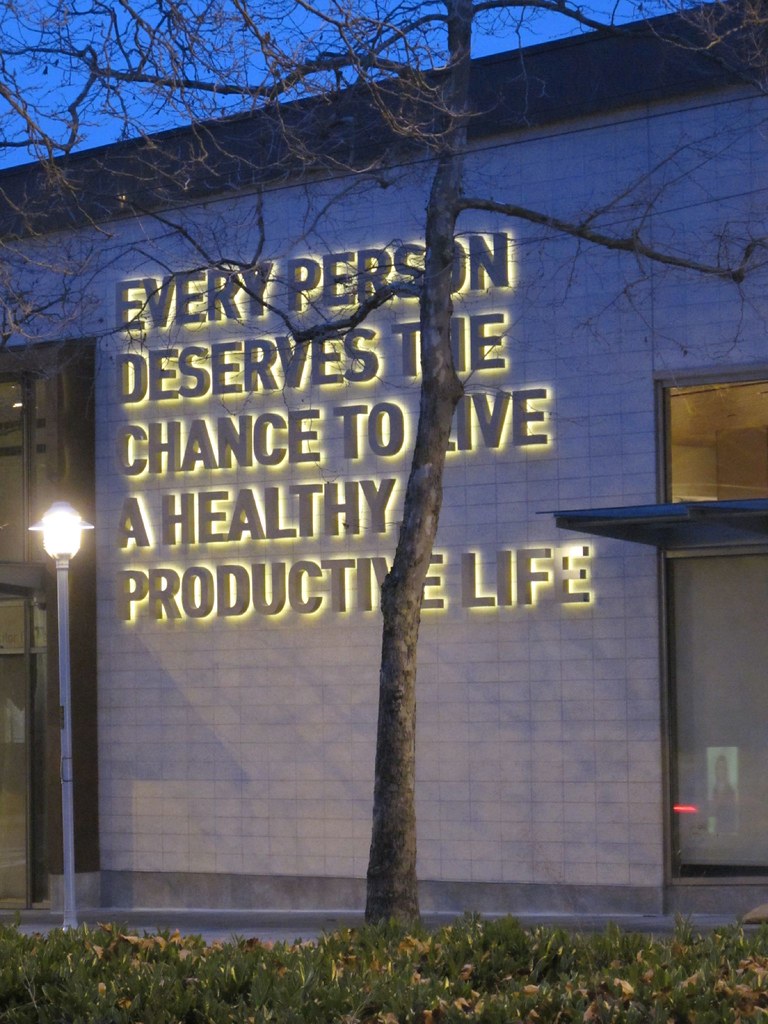 Planetary health and the philanthrocapitalist paradox

Introduction by Croakey: The global environment continues to deteriorate at an unprecedented rate and effective solutions lie in systemic reforms targeting not only environmental but social and economic goals, according to the UN’s latest environmental report card.

GEO-6, the 6th Global Environmental Outlook, warns that the window for action is closing on escalating environmental degradation that poses a risk to health, singling out air pollution, preventable disease, antibiotic resistance, and pesticide, heavy metal and plastic use as concerns.

Importantly, GEO-6 notes the “social and economic costs of inaction often exceed the costs of action and are inequitably distributed, often being borne by the poorest and most vulnerable in society, including indigenous and local communities, particularly in developing countries.”

Though essential, the report warns “environmental policy alone is not enough to address these challenges”, calling for urgent cross-sectoral policy actions, through a whole-of-society approach:

Most important is the need to take bold, urgent, sustained, inclusive and transformative action that integrates environmental, economic and social activity to put society on pathways to achieve the Sustainable Development Goals, multilateral environmental agreements, internationally agreed environmental goals and other science-based targets.”

Such a vision offers no latitude for philanthropic organisations that give to environmental and health causes with one hand, while offering the fossil fuel industry succour with the other.

In this piece for Croakey examining the intersection of economic and environmental imperatives in global health, Professor Colin Butler asks whether the dominant philanthrocapitalist paradigm is truly good for us or the planet.

Focused on the Bill and Melinda Gates Foundation (BMGF), the world’s most influential and generous health charity, it explored the relationship between philanthrocapitalism, economic history, and global and planetary health, which I defined in my paper as the interaction between global human health, social systems and adverse global environmental change, including to the climate and other elements of the Earth System. For some years I have also argued that conflict must be recognized as an important element of global and planetary health.

I have also repeatedly argued, since 2000, that adverse global environmental change has the capacity to undermine civilization. I am now even more firmly persuaded that all the progress that has been made towards improving global health is vulnerable to failing planetary health.

For example, the Global Report on Food Crises 2019 reports rising reliance on food aid, driven by conflict and adverse climate events, in an alarming range of countries in several continents.

This rising reliance on humanitarian assistance also reflects and reveals other profound deficiencies in the dominant approach to global health, including the Gates Foundation-promoted reliance on technology and vertical (single disease-focused strategies), rather than at least equal attention to health systems and the strengthening of “soft” social and cultural determinants of health.

My paper also discusses the Wellcome Trust, chiefly in the context of planetary health and its investment strategy.

It argues that in the last 40 years (roughly since the election of Margaret Thatcher) there has been an increased preference for market-based approaches, often called neoliberalism, particularly in the US and its allies (including Australia). This has generated greater inequality in high-income settings, and weakened the norm of taxation and public goods, including Health for All and comprehensive primary health care.

In turn, this shift towards self-interest has provided a milieu in which philanthrocapitalism has flourished, including the BMGF.

The latter has in turn become an important actor for global health, partially (along with other charities) balancing the adverse consequences of neoliberalism.

.@billgates on the 3 things that are needed to tackle big global problems:

There are now many critics of philanthrocapitalism, including Anand Giridharadas, author of Winners Take All: The Elite Charade of Changing the World.

But there are far fewer critics of the relationship between philanthrocapitalism and health, perhaps in part due the fear (justified or otherwise) of being blacklisted in the highly competitive struggle for health research funding.

Here, I focus on two paradoxes.

Although the Wellcome Trust has recently made funds available for ecological health research, it continues to invest in fossil fuels.

It is more constructive and effective to take a case-by-case approach to investments in the energy sector.

We consider individual companies on their merits, including the extent to which they meet their environmental responsibilities, when we decide whether or not to invest or stay invested.

All companies engaged in fossil-fuel extraction are not equal.”

In support of this nuanced strategy, the Wellcome Trust was reported in 2015 as selling a £94m stake in ExxonMobil, a company revealed as systematically misleading the public over the risk of climate change for over 40 years.  And, the Wellcome Trust’s 2018 report shows, that of its top ten investments, only one (Royal Dutch Shell) is primarily a fossil fuel company.

But Shell has been accused of long obstructing climate change action. Another of the Wellcome Trust’s top ten investments is JP Morgan Chase, which was called by Oil Change International, in 2019, as “the world’s top funder of fossil fuels by a wide margin”.

Yet, Farrar also argues that the Wellcome Trust “uses our access to boards to encourage them to adopt more transparent and sustainable policies that support transition towards a low-carbon economy”.

At least in the above cases, this strategy appears to be failing.

All philanthrocapitalists, by their nature, have accumulated and maintain their wealth by their involvement in the tangled, impenetrable world of global business, sometimes veering towards legal but morally dubious tax evasion.

They all use variants of the “Mother Teresa defence”, that it is legitimate to use funds obtained by dark (or at least grey) means to promote the light. But where are the limits?

Leading universities including Cambridge once accepted research funds from tobacco industries. The social licence for this has vanished, at least in the UK and Australia.

Fossil fuel companies and avaricious bankers do not (as far as I know) directly fund health research, and so the analogy with tobacco does not fully hold.

However, as climate change worsens, the tenuous social license to which the Wellcome Trust clings, seeking to justify its most egregiously unethical investments, is likely to weaken, and may not long survive.

My chief argument is that if the Wellcome Trust genuinely understood the risk to health from failing planetary health — not just harder-to-control infections and worsened nutrition but the possibility of global catastrophe — then it would surely reduce its tacit support for fossil fuel investments.

This would send a powerful moral signal, and they might even do better financially.

The Gates Foundation now surpasses the Wellcome Trust as the leading source of funds for global health research.

Unlike Wellcome, the BMGF is reported to have fully divested from fossil fuels, but its reasons, unlike those of the Rockefeller Foundation, are unclear. (In fact, Bill Gates has been reported as calling fossil fuel divestment a “false solution”).

Also unlike the Wellcome Trust, the Gates Foundation provides no (or minimal) funds for ecological or planetary health. This is the second paradox.

Both of these major philanthrocapitalist organizations claim to genuinely understand the leading threats to global health. But do not actions speak larger than words?

Their generosity and skill partially compensate for the decline in attention to global health driven by market-preferring solutions, but each remains insufficiently proactive in the face of the immense dangers associated with declining planetary health.

Colin Butler is an Honorary Professor at the ANU National Centre for Epidemiology and Population Health, an Adjunct Professor at the University of Canberra’s Health Research Institute, and Principal Research Fellow at the College of Arts, Humanities & Social Sciences, Flinders University