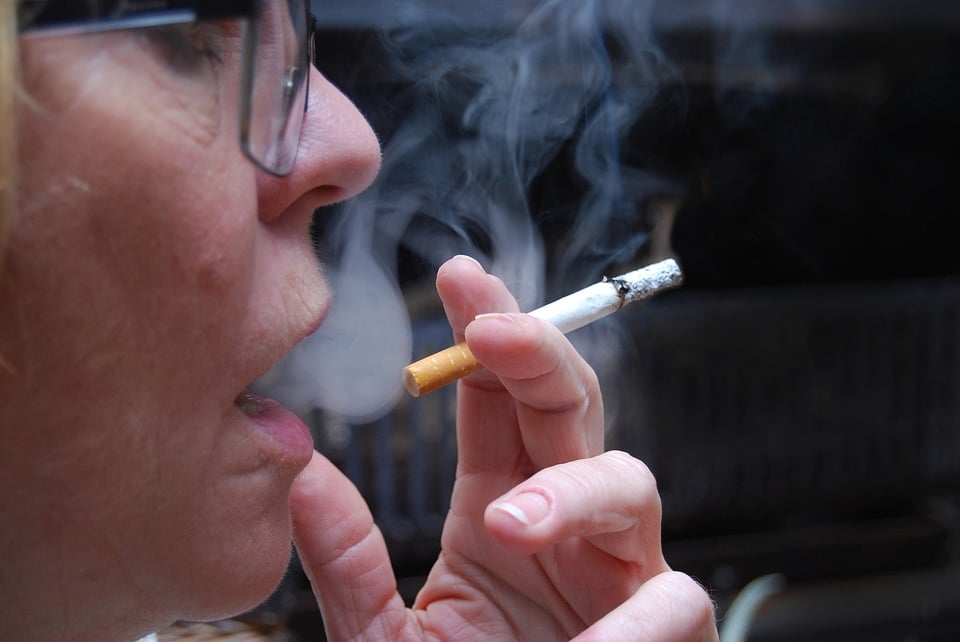 A keynote speaker at a recent tobacco control conference warned that clinicians and health services who think it is too much to ask people with mental health and drug and alcohol issues to give up smoking are “killing them with kindness”.

It was a concern also outlined powerfully by a mental health peer support worker in one of the concurrent sessions of the Oceania Tobacco Control Conference in Hobart.

The worker, who prefers to remain anonymous, said she had been “very shocked” by the views and attitudes of some staff about smoking when she moved into a tackling tobacco role.

“I had ex-oncology nurses telling me that smoking isn’t harmful and staff members questioning why I was even employed, as they believed that consumers weren’t going to even want to talk about quitting, let alone actually give it a go,” she said.

See an edited version of her presentation below.

Being a consumer peer worker means that I have a lived experience of mental ill health, and this life experience has given me the privilege of getting to know consumers and supporting them to think about their smoking addiction.

In 2004, at the age of 15, I was thrust upon a youth ward experiencing first episode psychosis, receiving involuntary treatment and consequently feeling fearful, confused and ashamed.

During my four month admission I spent most of my time as a non-smoker in a cramped room with no windows or fresh air, dodging phlegm and stains of ash and breathing in, I don’t know how much, second-hand smoke in a purpose-built smoking room on the ward.

By 2010, I had well and truly graduated into adult mental health services and I remember clearly that a new smoke free policy was introduced.

Staff were hurriedly organising meetings for consumers to inform us of the new policy and to pass around petitions telling us where to sign so that our human rights were not violated.

There was a lot of fear mongering from staff stating that we patients were not going to be able to cope with what was one of the worst times in our lives without a cigarette. There is no way, they would say.

In 2017, I am still a consumer of an adult mental health service, only now I am grateful and at times very surprised to be employed and working within a tackling tobacco project.

“Listen with possibility and hope”

When it comes to supporting consumers with mental illness or dual diagnosis, I see terms such as ‘holistic approach’, ‘recovery’ or ‘person centred care’ are just used to boast and brag in job interviews. They are empty words.

If we take the word ‘recovery’, for example, recovery is often defined in mental health as a process by which people labelled with mental illness regain a sense of hope and move towards a life of their own choosing.

Staff are not seeing consumers as whole people who bring different strengths, weaknesses, interests and dislikes; they are symptom and behaviour focused. This generally leads to staff having empathy to a certain point – usually until it impacts on their jobs or their ability to feel comfortable.

Engaging consumers by being curious and asking questions and even listening differently are all important tools. Instead of listening with fear and despair, listen with possibility and hope that consumers can make changes in their lives and sustain them.

During my first few months in this role I was very shocked at the views and attitudes of some staff in regards to smoking. I had ex-oncology nurses telling me that smoking isn’t harmful and staff members questioning why I was even employed, as they believed that consumers weren’t going to even want to talk about quitting, let alone actually give it a go.

However, now much later, with training and support having been provided, I am still finding that some staff have inconsistent views when it comes to talking to consumers about their smoking.

There is a lot of anxiety around tackling tobacco in general within mental health. I have nursing staff hiding behind claims that their unions have advised them not to talk to consumers about their smoking.

Some staff are great and are passionate about the issue. However, I feel like that this is part of the problem. Efforts to address smoking are person dependant. Staff tend to support consumers from a foundation of what interests them, not from what the consumer may want.

The other problem with the divide of staff is from an occupational health and safety standpoint. Evidence suggests that inconsistent approaches to care may lead to an increase of aggression.

If staff aren’t interested in supporting consumers correctly, then we should get them to focus on the risks they may be creating for their colleagues.

I hear stories from nursing staff that they tried to tell a consumer to stop smoking in their bedroom and move out to the footpath but were faced with aggression.

When asking consumers to smoke in the designated smoking area, it is always a good idea to steer away from negative language that makes consumers seem careless, less intelligent or that they are lying. Phrases such as ‘you neglected to’ or ‘I fail to understand how’, or demanding phrases such as ‘You should’ may lead to an escalation.

I like to approach consumers without judgement, and with curiosity and options. This approach allows consumer points of view to be heard alongside those of staff and the options you provide will allow consumers to feel in control – however, small.

In residential settings consumers are tending to support one another by going out for a cigarette together and having a chat.

There is a hard-to-define camaraderie among consumers that draws people together in an acute unit – where any oppression faced is a shared oppression and no-one wants to ‘dob’ on each other.

If we flip this concept over, I am seeing that if one consumer is giving quitting a go, every other consumer will know about it and this in turn creates an atmosphere and path for others to follow.

Consumers living in community settings can experience higher levels of boredom and isolation than those living in residential settings. I hear many consumers ruminating on the person they were before they became unwell, of the jobs they had and the people they got to meet.

A lot of these consumers tell me that are not happy about the amount they smoke but they tell me with a sense of earnestness that they cannot see a way of even reducing the amount unless they gain employment. Employment can give a person a strong sense of belonging and worth, and people who have this sense believe they are worthy of a healthy and happy life.

Two-thirds of consumers I speak to want to quit. But the biggest reasons I hear from those who can’t even think about tackling it now are that they are using cigarettes to self-medicate.

Consumers truly believe that smoking has a beneficial effect on their cognition and mood, that smoking cigarettes will help to relieve symptoms of mental illness and even prevent relapse. Others smoke to control adverse side effects that usually come with their treatment, such as weight gain and persistent drowsiness and sedation.

There are a lot of systematic changes that can be made to assist consumers to be smoke free.

We need to have allies within our services as well as with external service providers.

If you look at the general route a consumer may take to the inpatient unit, they will have been waiting in the Emergency Department for many hours without a cigarette.

However, they are usually promised by ED staff that they will be able to have a smoke when they reach the ward, which is not true because once we reach the ward it is a few more hours of waiting to see a psychiatrist, who will then tell you that you have no ground leave for 48 hours.

If we could have nurse-initiated Nicotine Replacement Therapy rolled out, we could at least ensure that consumers do not go into withdrawal while waiting for psychiatric support.

If organisations could see the value in entry-level staff and increase funding for it, we could develop a workforce of motivated, educated and enthusiastic staff. New graduates bring with them new energy, drive and commitment to learn new approaches.

And we need leaders of health services who get involved with consumers care, get on the wards and speak with consumers – who will lead the way by example.