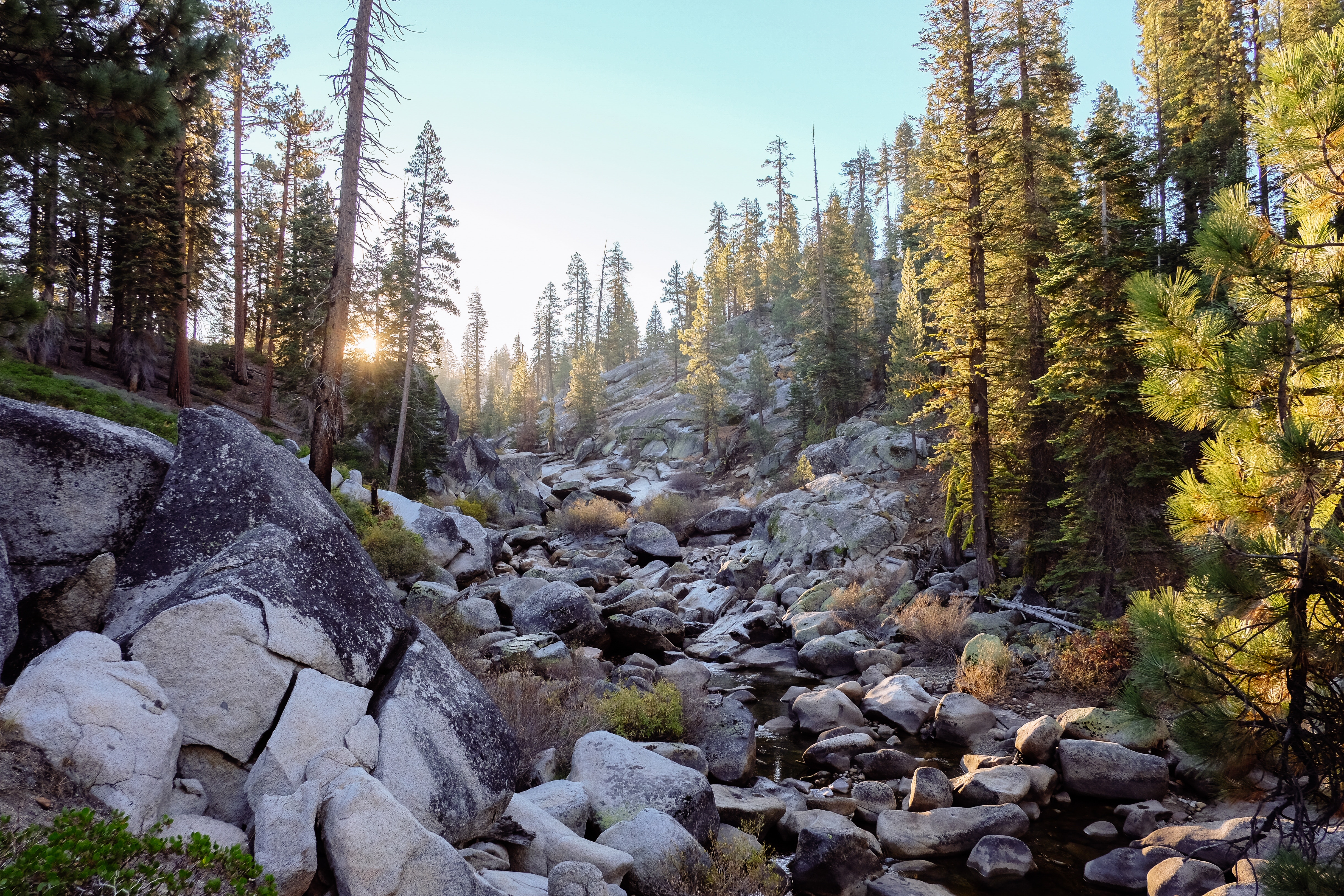 Preventive health, nutrition and the health stars – a rocky road

The failure of governments to address nutrition in any concerted way has been frustrating for public health professionals. Despite growing concerns over the health impacts of dietary related disease, and particularly overweight and obesity, there is still no national nutrition plan.

In fact, there has not been such a plan since 1992 despite the ongoing co-ordinated efforts of a range of public health groups. These groups call for an “updating and expanding (of the National Nutrition Plan) to align with World Health Organization (WHO), United Nations Standing Committee on Nutrition (UNSCN) and the Food and Agriculture Organization food and nutrition policy recommendations”.

As far back as 2005, even in the New England Journal of Medicine, there were dire warnings of the next generation of children have shorter life expectancy than the current generation. If those predictions are correct – it will be the first time in recorded history.

The risks were reiterated in a recent article in the Australian and New Zealand Journal of Public Health, which said: ‘Unhealthy diets – high in salt, harmful saturated and trans fats, added sugar and energy – are a leading cause of death and disability globally. Australia has some of the highest obesity rates in the world: nearly two-thirds of Australian adults and one in four children are overweight or obese.’ The problems are well known.

Yet our Federal Government’s spending on prevention has been steadily declining for over a decade and is now less than 2% of the health budget while most OECD countries commit to around 5%. There are many options for governments to improve the health of the nation, and in particular to tackle overweight and obesity, at the population health level.

The most obvious starting point is to place a levy on sugary soft drinks. It is a win-win situation where a levy on an optional, unhealthy product improves both oral health and dietary health while concurrently raising revenue. Revenue that could be committed to prevention! Forty countries are now doing so.

But Australians are not holding their breath. The influence of industry on food policy could be playing a part in the decision of both major parties to leave this levy off the electoral agenda, as exposed last year on the ABC 4Corners program Tipping the Scales.

The role of marginal seats has been important in the past, with governments reluctant to put such seats at risk. In the strongest ‘sugar seat’ in Australia, George Christensen received a swing of 11% towards him last month. It is now hard to argue this is a marginal seat.

Governments have worked in a largely non-partisan way to introduce the voluntary Health Star Rating System. Health Stars was developed at the request of food ministers, who called for a co-operative effort inclusive of government, industry, public health and consumers. This group recommended the adoption of the current front-of-pack labelling system and developed the algorithm that underpinned it.

In two open-access papers published recently in the Australian and New Zealand Journal of Public Health, we examined the role the food industry played in the Health Stars’ development, and the evidence surrounding its performance in Australia and New Zealand to date.

Actions to improve nutrition are often highly contested, particularly if the desired outcome competes with commercial interests. However, by deploying a structured approach to public health advocacy, it is possible to influence government despite opposition from commercial interests.”

A key element to the success of advocacy in this case was ensuring a coordinated approach by public health and consumer groups, establishing the principles upon which decisions would be made, and speaking with one voice.

At adoption, it was recognised that some elements of the policy were the result of compromise. Significantly, ministers agreed Health Stars would remain voluntary, subject to there being ‘consistent and widespread uptake’. They later also agreed stars would be subject to a formal five year review.

The second paper, The performance and potential of the Australasian Health Star Rating system: a four‐year review using the RE‐AIM framework, reviews more than 50 pieces of peer-reviewed and government-commissioned evidence to assess the policy’s performance to date.

While finding ‘a substantial body of work supports continuation and strengthening of [Health Stars],” the authors point to important areas where the rating system must be improved.

Consumers like and can understand the ‘star’ graphic better than traditional back-of-pack nutrient declarations and the industry-preferred front-of-pack Daily Intake Guide (DIG) that they replaced.

The main issue highlighted was insufficient uptake. After four years, stars were still on less than 1/3 of eligible products in Australia, with scores skewed towards the upper end of the five-star scale – 75% of products showing stars received a rating of 3.0 or above.

This suggests stars are being used by industry to confer marketing benefit, but consumers aren’t receiving the information needed to make genuinely informed choices.

Public health and consumer groups have suggested a number of changes to improve Health Stars.

The scoring mechanism has been the subject of significant focus in the five year review, with consistent recommendations emerging for improving alignment with existing health policies.

These include incorporation of added sugars (rather than penalising total sugar content), strengthening treatment of sodium, reviewing the undue benefits given to protein and considering treatment given to fresh fruit and vegetables. These changes have potential effects on well-known outliers such as high-sugar breakfast cereals that continue to score highly. They are being strongly contested by peak industry groups.

Other improvements include refinements to the ‘star’ graphic, standardising its colour, size, placement on pack (e.g. top right corner), and separating it from competing health claims.

To enhance the value of a single system, we need industry to retire the DIG, and confectionary’s indecipherable ‘Treatwise’ logo. The governance of Health Stars can and should be improved, with more control of the scoring system in the hands of independent authorities such as Food Standards Australia New Zealand, so as to protect the science from undue industry influence.

Adopting these recommendations at the five year mark would pave the way for an improved star system to be made mandatory, enabling consumers to receive its full benefit.

When they adopted Health Stars in 2014, Australia and New Zealand were among global leaders. Ten other countries now have mandatory systems – our populations deserve the same.

By situating and supporting Health Stars with a national nutrition plan, we can recognise labelling as only one of the initiatives needed to promote healthier diets.

Other evidence out this week reminds us of the importance of eating more unprocessed and minimally processed food, much of which (such as fresh fruit and vegetables) may not carry labels at all.

At the same time, we can explore opportunities to integrate stars into other government-led nutrition policies including canteen guidelines (as in NSW), criteria for marketing to children, or fast food menu labelling.

Resistance to change can be expected from parts of industry, particularly from manufacturers of junk food and their representatives. Our experience of multi-stakeholder ‘collaboration’ in health policy making has taught us to be wary.

Industry opposition to a robust Health Star Rating system also comes with its own risks. In the past five years Chile, Peru, Uruguay and Israel have all adopted ‘stop-sign’ warning labels to direct consumers away from unhealthy products. Canada and others are considering similar proposals. If the Health Star Rating fails, Australasia may well head in this direction too.

The government’s review of Health Stars is due to deliver its findings in June 2019, providing ideal opportunity to make evidence-based improvements. It is incumbent upon health ministers from New Zealand and all jurisdictions in Australia to ensure the system works for consumers, not just food companies.

The George Institute for Global Health is one of the convenors of a conference on food governance, to be held at Sydney University on 3-5 July. The opening address is by Hilal Elver, UN Rapporteur on the Right to Food.