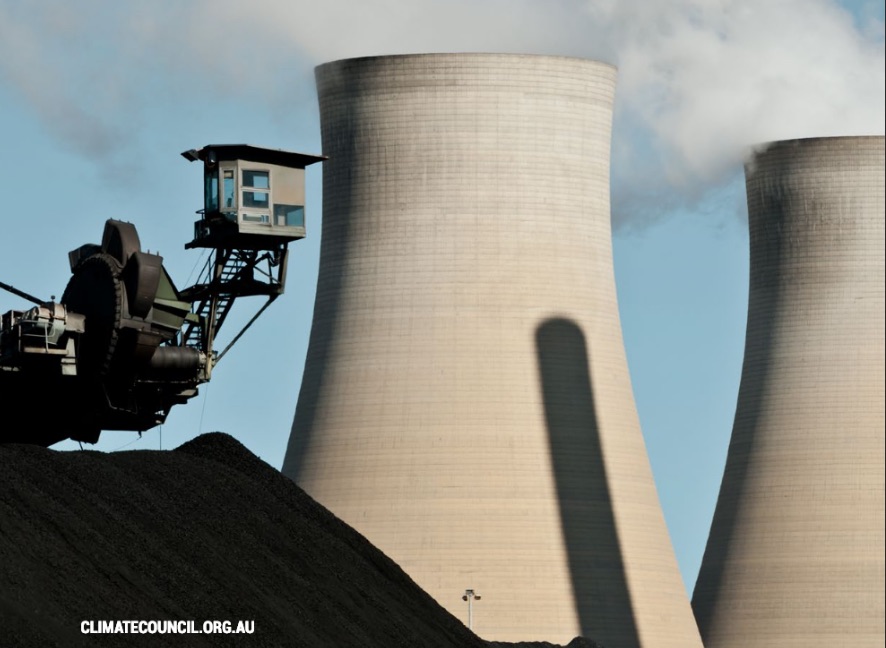 NSW generated a greater proportion of its electricity from coal than any other state in 2017: Climate Council report

The environment and climate change are key concerns for NSW voters ahead of the 23 March state election, according to media coverage of the results of political polling.

With some predictions of a Coalition minority government being returned, and community rallies protesting mismanagement of waterways in the State’s west, it is noteworthy that three independent MPs who could become kingmakers in a hung parliament are prioritising action on climate change, and “future-proofing” the environment and economy.

A recent Climate Council report – Ageing and Unprepared: Energy in New South Wales – found that NSW has lost its way on climate change, as per the key findings below: 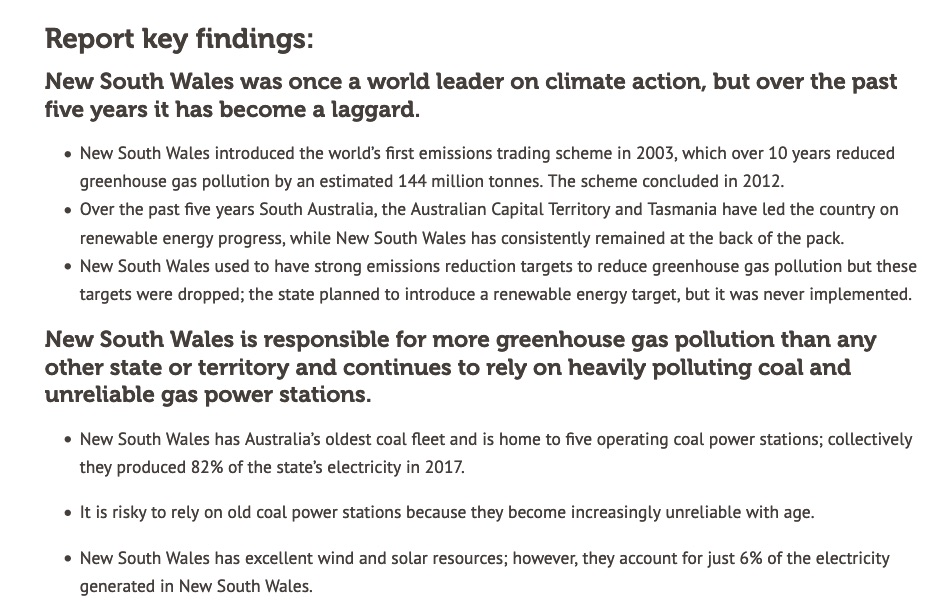 Meanwhile, at Croakey we are hoping to spotlight these and other critical health concerns for #NSWVotes2019.

This week, follow Dr Megan Williams, Head of Girra Maa Indigenous Health in the Graduate School of Health at UTS and contributing editor at Croakey, as she guest tweets for @WePublicHealth covering health and the election, amongst other things.

Next week, Dr Tim Senior, a GP and Croakey contributing editor, will be in the chair at @WePublicHealth with a focus on the NSW election and related health matters.

Also, please note in your diaries that next Monday, 11 March, Croakey is hosting a day-long Twitter festival to highlight health concerns ahead of the election, using the hashtags #Health4NSW and #NSWVotes2019.

Please join the discussion, and share relevant links and resources at the hashtags. We will publish the #Health4NSW program in coming days.

We are stockpiling useful reads on the NSW election, and welcome your suggestions. Here are some conversation starters:

• Newcastle Herald, via AAP: What’s happened since the 2015 election

• Croakey: NSW election, our chance to vote 1 for climate and health