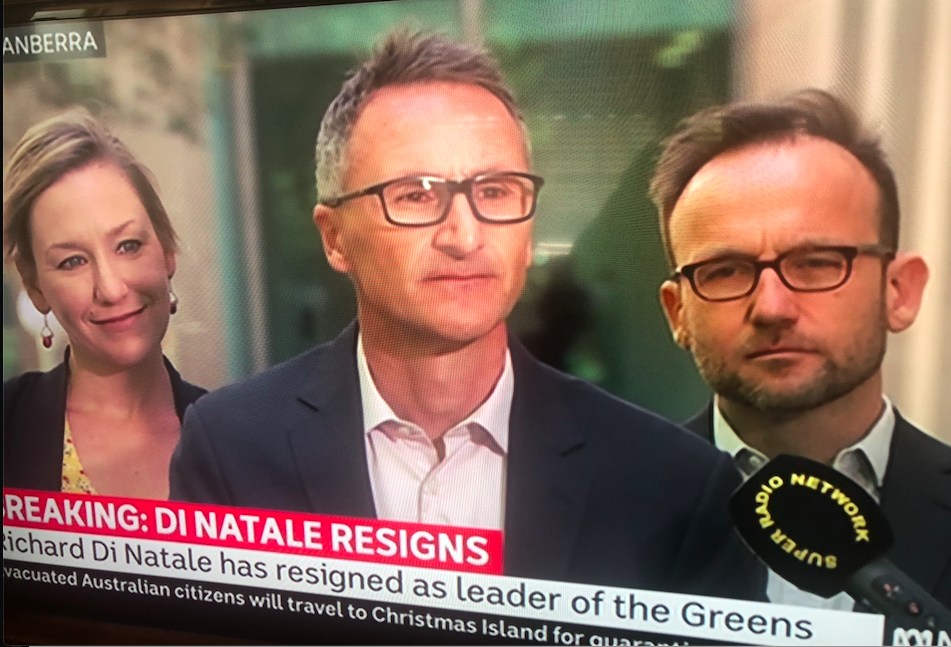 Public health experts on Monday paid tribute to Greens Leader Richard Di Natale after his surprise announcement that he is standing down as leader of the party and ultimately leaving politics once his state branch has chosen a replacement for his Upper House seat.

In a tweet, the Public Health Association of Australia (PHAA) farewelled Di Natale as “as a strong and passionate advocate for #publichealth, equity and #ClimateAction and justice, and accountability in our @Aust_Parliament”.

Adam Bandt, the only Greens MP in the House of Representatives, is being reported as the frontrunner for the leadership role, which will be determined at a party meeting on Tuesday.

Di Natale announced his decision to the media and supporters on Monday, on the eve of the resumption of Parliament in 2020, describing it as “one of the most difficult decisions of my life”.

It’s not a decision I’ve come to lightly — leading this movement in Canberra and in communities everywhere for almost five years has been an incredible honour — but it’s a decision I feel I have to take.”

It was driven very much by family concerns, he said, particularly wanting to spend more time with his two young sons.

Representing a political party in federal parliament is a uniquely demanding job and, over the years, I’ve found it more and more difficult to hear my sons tell me, “Dad, I wish you weren’t a politician because you’re never home”.

My boys, who are 9 and 11 years old, have only ever known their dad as a busy, tired and sometimes grumpy politician. As my young boys quickly grow up to become young men, I want to spend more time by their side than a relentless political schedule allows. 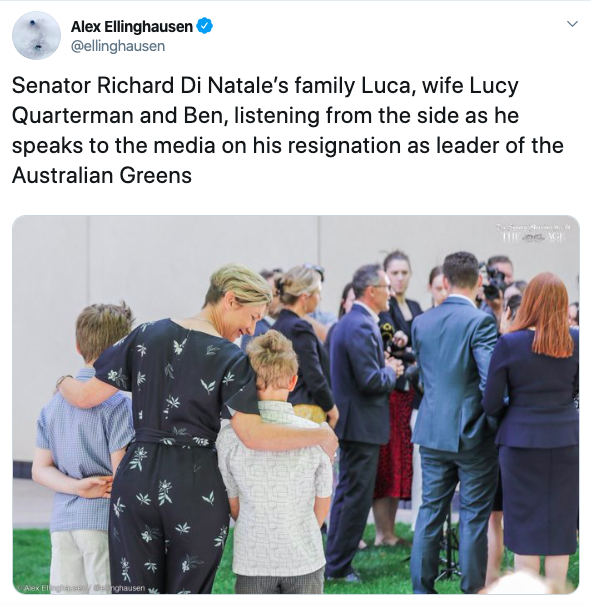 Di Natale’s elevation to Greens Leader in 2015 was warmly welcomed by the health sector, given his focus on public health and the social determinants of health. He brought to politics a background of working as a GP in Aboriginal health in the Northern Territory, on HIV prevention in India and in the drug and alcohol sector.

Renew Economy said that, as the leader of the Greens, Di Natale had been a strong advocate for effective climate change policy and for the renewable energy sector, advocating for Australia to have 100 per cent renewable energy.

I’m proud to have led a party that demanded marriage equality and worked with the LGBTIQ+ community to win it, to have been the driving force behind much-needed royal commissions into the banking, finance and disability sectors, to have won cross-party support for a federal anti-corruption commission, to have negotiated billions for Medicare-funded dental care, and to have championed medicinal cannabis and an end to the war on drugs.

He also highlighted the establishment of a price on carbon in partnership with the Gillard government, “world leading legislation (which) shows what cooperative politics can achieve and is the brightest moment this country has had during a decade of climate wars and shameful denialism.”

Progress happens when people come together to demand it, and never before have so many voices pressured the government to take urgent climate action so I am confident we can do it again.” 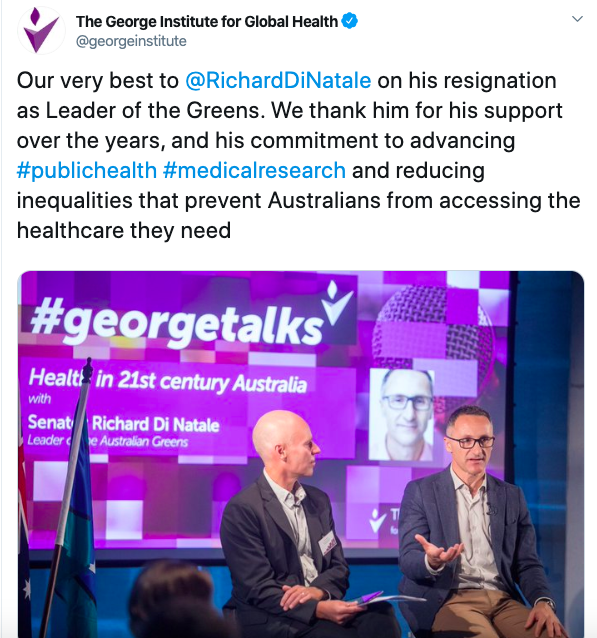 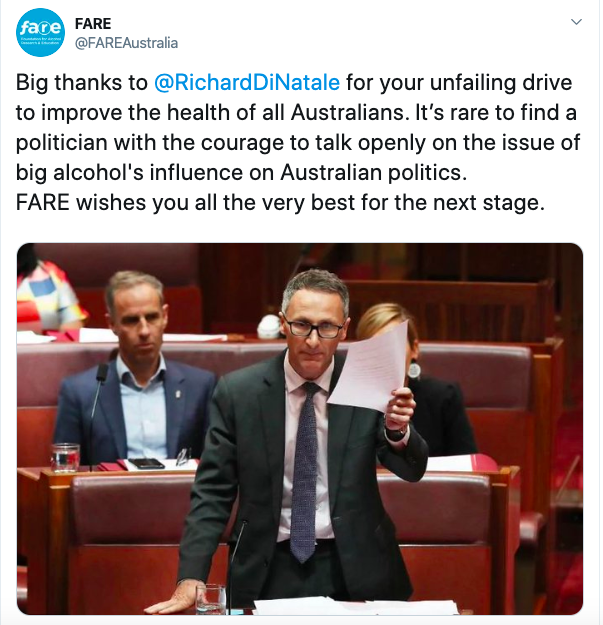 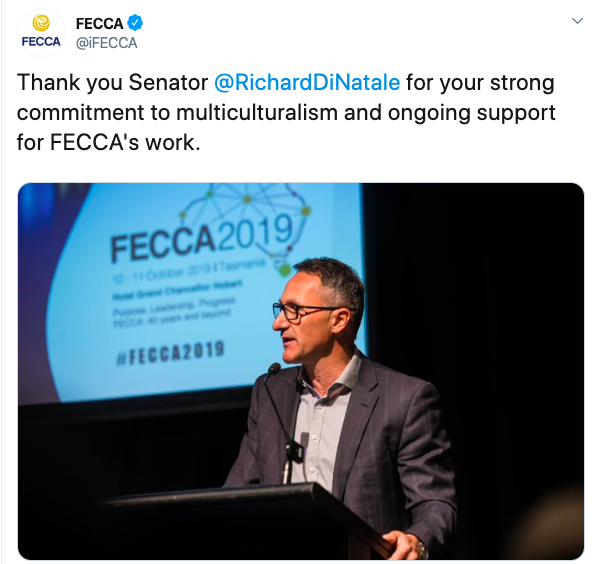 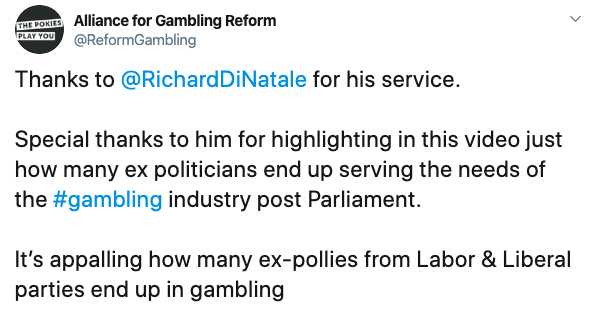