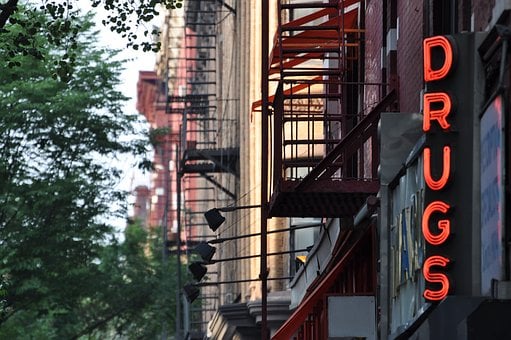 In last week’s Budget the Federal Government announced a proposed pilot of drug testing 5,000 applicants for Centrelink benefits. It said:

Further support is being provided for people who have drug and alcohol abuse issues with recognition that undertaking recovery or rehabilitation programs for substance abuse is a legitimate step towards employment and should therefore form part of a Job Plan.

These measures will be combined with a two-year trial of random drug testing new welfare recipients across three locations. Participants who fail a first test will be placed on welfare quarantining and job seekers who test positive to more than one test would be referred to a contracted medical professional for an assessment of their substance abuse issues and any appropriate treatment options.

It was soon apparent that the trial would not be random, but based on a data-driven profiling tool.

In the post below, UnitingCare ReGen CEO Laurence Alvis says there has been much that is disturbing around the government’s justifications for this move, but nothing more so than Prime Minister Malcolm Turnbull’s claim that it is a ‘policy based on love’.

As he outlines, there is broad opposition from the drug and alcohol sector and beyond to the move, which the Victorian Alcohol and Drug Association (VAADA) has said “does not have an evidence base and is likely to engender greater harm to the community.”

There is much that has been said in the past week about the Turnbull Government’s proposal to introduce mandatory drug testing for 5,000 people receiving Centrelink benefits.

We have seen broad condemnation of the proposed measures by political leaders, researchers, academics, legal experts, alcohol and other drug services and community sector representatives, highlighting some of the obvious flaws and lack of evidentiary support. The Government has called upon a range of justifications, but the dominant theme has been one of seeking to ‘crack down’ on the cynical exploitation of public generosity by the unemployed, who are only unemployed because they are too lazy to get a job, and because they are spending all their benefits on illicit drugs.

This sort of stigmatising rhetoric has not been unexpected. It is simply a revisiting of strategic statements made last year, to frame public discussion of the Government’s proposed welfare reforms. Such rhetoric is inflammatory, misleading and dangerous, but it is not surprising. It is simply the latest in a very long list of examples of highly publicised scapegoating of marginalised groups for political gain.

What has come as a shock is the Prime Minister seeking to characterise the punitive approach as a ‘policy based on love’.

Since we first warned about the potential introduction of such measures in September last year, it has become increasingly clear that the drug testing and quarantining/removal of benefits model is an entrenched policy goal for the Turnbull Government.  It is a model driven by ideology (not evidence) and a refusal to recognise illicit drug dependence as the result of anything other than a failure of the individual.

Drug testing has been repeatedly shown to be expensive and ineffective in preventing future use, regardless of whether it targets students, workers or welfare recipients. There is also a lack of evidence for forcing people into treatment (implicit in the budget announcement), yet calls for such measures appear to taking hold at a state level (Western Australia, Northern Territory, South Australia) and both approaches now appear within federal policy.

A particularly striking indicator of just how far our national drug policy has drifted from a credible evidence base was the Prime Minister’s response to questions about the scientific basis for the proposed measures. By claiming no evidence other than ‘plain common sense’, he has adopted the standard position for anyone advocating ‘tough on drugs’ approaches with no understanding of the complexity of the issues, including the nature of drug dependence and recovery.

We know the Prime Minister is not ignorant of the abundant evidence demonstrating the likely ineffectiveness of these measures in reducing illicit drug related harm within our communities. We know his Government (as have other political leaders) have received expert advice on the likely damage that such measures will do to some of the most marginalised and vulnerable members of our communities.

And yet, they choose to pursue this populist approach.

Where are the costings of the likely increase in crime amongst those whose only legitimate form of income has been withdrawn? Where is the analysis of the impacts of the probable shift away from the use of tested drugs (methamphetamine, cannabis and ecstasy) towards those which are not included (particularly increasingly dangerous Novel Psychoactive Substances, often referred to as ‘synthetics’), as has been a common response to workplace drug testing schemes?

How will the Government create additional capacity within the alcohol and other drug treatment sector to cater to increased service demand by those forced into treatment? Why is the drug – alcohol – that is responsible for, by far, the greatest impacts on employability and productivity (not to mention family violence) not included in the Government’s frame of policy reference?

We understand that the Government is spooked (as are most major parties) by the domestic and international electoral impacts of rising social inequality and the growing appeal of populist platforms. We recognise the need for reform of our welfare system to ensure that, as a nation, we are able to provide a safety net for those most in need of support and genuine pathways to independence and meaningful employment. But further entrenching the stigmatisation of some of the most vulnerable and marginalised people within our communities and creating additional barriers to recovery is not a solution.

It is not a loving act. It is abuse.

If our government is serious about addressing the drug related harms within our communities, it needs to abandon its ideological approach and be guided by the evidence to invest in expanded harm reduction measures, increased capacity within the not-for-profit treatment sector to provide accessible, longer-term supports for people at different stages of the recovery process and drug law reform that recognises drug use as a health issue, not a criminal one.

UnitingCare ReGen is the lead alcohol and other drugs treatment and education agency of UnitingCare Victoria & Tasmania.