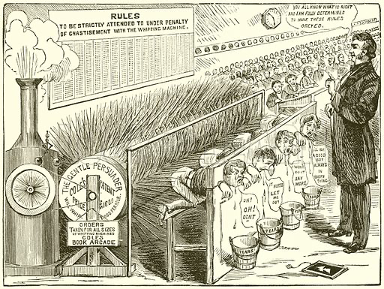 Reform of Work for the Dole needed now

Work for the Dole is like the Terminator of the neoliberal machine that’s been cranking back into action. We know that mutual obligation requirements recommenced in a limited capacity from Tuesday 9 June and that this is the precursor for getting the beleaguered jobactive system to back on its feet to meet unprecedented demand for their services.

Sadly, Work for the Dole is one of those so-called services and, like most of the rest, has only negligible effectiveness with a limited number of people. Yet Work for the Dole keeps coming back and, in a literal sense, that means every six months of the year for 25 hours a week for people under 50 who’ve been unemployed for a year or more.

Some might ask why the Government continues to see Work for the Dole as a work experience program (although they call it work-like experience to disguise the fact that this work is not covered by ordinary industrial protections).  That’s because there’s a body of opinion that suggests that Work for the Dole works because it deters people from remaining on benefits if they can possibly get a job.

Yet Work for the Dole might as well be replaced by a 19th century whipping machine for all the job search help it really provides. And that’s not to mention how it actually reduces work availability because people are penalised with payment suspensions and eventually payment penalties if they don’t attend.

These are some of the issues identified in a report just published at Per Capita in which we’ve focused on the need to reform Mutual Obligations, and to replace Work for the Dole with a better work experience program. This is especially important because there could be even more demand for Work for the Dole than ever because of the impact of COVID-related economic shock on young people.

This Per Capita report draws attention to the size and cost of the jobactive Work for the Dole funding timebomb. There could easily be a million people who remain unemployed a year for now, and we estimated 220,000 unemployed people could be destined for Work for the Dole.  The activities will be in starved charities that are expected to provide safe ‘work-like’ activities despite the fact that jobactive agencies currently retain as much as $600 of the $1000 fee. I have visited these activities, and as my recent ‘job seeker’ experience showed, there certainly was not a great deal of variety offered by hosts who (well-intentionally) offered ‘Work for the Soul’ in my inner-city employment region. There’s a lot of public policy material and evidence covered in the main report. To truncate – we’ve called for a review of the mutual obligation system so that it is fair for everyone and to resource job creation activities in communities hit hard by the COVID-19 economic shock and the bushfires.

The just published independent audit into the management of WHS risks in the incident leading to 18 year-old Josh Park-Fing’s death in 2016 should send more shivers. Although there were measures to strengthen WHS risk assessments, the 2016 Ernst & Young audit of the processes, the only one publicly available, highlighted worrying inconsistency. These inconsistencies are part and parcel of the jobactive system where the impost of WHS compliance is delegated to the poorly-resourced Work for the Dole Hosts. 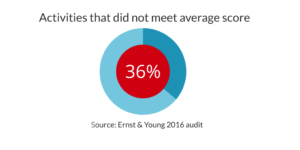 There’s a lot of uncertainty ahead about unemployment, but we should not to hide behind caveats where there is one certainty, and that it is that Work for the Dole will be back. It is time to call-out these already austere policies for what they are. Work for the Dole is a punitive program that has no place in a society that cares about helping unemployed people get jobs. It does not work, and it is unfair. It is administered by jobactive providers whose profit-making motives drive their behaviour at all levels of the organisation.

The questions we face now is about the extent to which neoliberal capitalist Auster-ites will seek to claw-back perceived losses from temporarily doubling unemployment payments; while at the same time throwing more money away on the jobactive system. With policy premised on the moralising of worthy and unworthy poor, when the newly unemployed deemed “unemployed through no fault of their own” get their jobs back in some miraculous snapback that no serious economist believes in, we need to seize the moment and extend the care we’ve shown to those at risk of COVID, to those who will not find it easy to find a place in the labour market once recovery is properly underway.

Dr Simone Casey is a Research Associate at Per Capita, which is an independent, progressive think tank, dedicated to fighting inequality in Australia. She has a diverse portfolio of responsibilities including unemployment, mutual obligation, social security, tax transfers, workforce participation, and the structural discrimination perpetuating the social and economic inequality of women and people with disabilities. In 2018 Simone was awarded a PhD on the topic of ‘Resistance in Employment Services’ which was a critique of social policy relevant to the political economy of welfare redistribution and public policy governance.