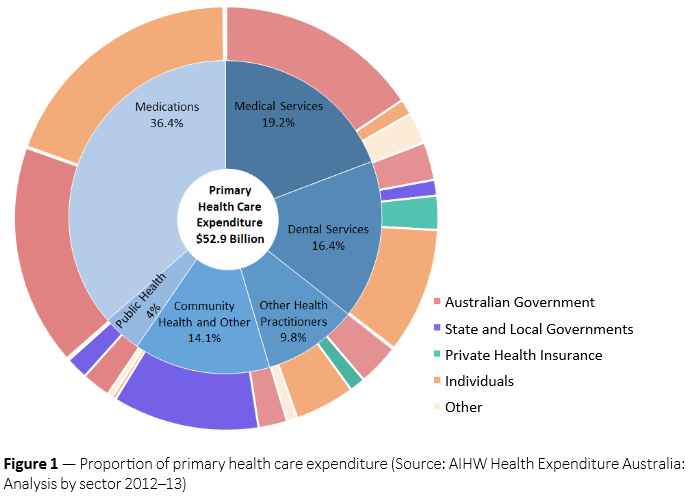 The George Institute for Global Health recently held a roundtable meeting with more than 30 health related stakeholders and experts – health funders, GPs and physicians, academics, economists and community and social services groups – to discuss the future of health funding in Australia.

In the post below, Stephen Jan, outlines the seven recommendations for reform that emerged from the meeting.

See also the recent speech by Health Minister Sussan Ley to the Catholic Health Australia 2015 National Conference, which provides an update about the work of the Primary Health Care Advisory Group, which has recently held sector meetings and public briefings across Australia – click to view a national webcast.

Feedback on the group’s Better Outcomes discussion paper can be lodged until this Thursday 3 September. The health expenditure graph comes from that paper. 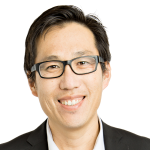 There is a strong perception that fee-for-service medicine in Australia is a sacred cow. Entrenched over many years by strong interests it is easy to see it as an immovable part of the Australian health care system. Since its inception more than 30 years ago, the existence of Medicare – which almost exclusively makes payments using a price schedule for individual services and procedures – has reinforced this notion.

However, in the past few years there has been a growing chorus of voices highlighting the need for reform – implicating fee-for service medicine in the problems of fragmented care particularly experienced by people with chronic conditions as well as in the long-term escalation in costs in the health system (see references 1-3 below). Invariably, the solution posited has been that of ‘blended’ funding models with a focus on capitation-based payments for chronic and complex conditions. These pay providers according to patients enrolled in their practice rather than by individual consultation. This is seen to enable better co-ordinated management of such patients than a system which pays simply by individual items of service.

At a recently convened roundtable meeting in Sydney, the George Institute for Global Health brought together a diverse group of participants representing organisations and interests across the health sector to discuss options for reforming the predominantly fee-for-service system in Australia. At the roundtable meeting, there was strong reinforcement of the need to shift toward blended payment models including capitated funding for chronic disease.

However, where much of the progress in this policy debate was made is that the meeting identified key features of a reform process to address barriers to change. This is important because a re-design of the way in which we pay doctors and other health providers may well look good on paper but is doomed to go nowhere without a workable plan for implementation that has strong support from key stakeholders.At the very least, broad based consultations such as the roundtable represent key elements of an implementation strategy needed to bring on board the various interests that surround this issue. However consultation alone is not enough. As important as the task of designing reform is the need to formulate appropriate change management strategies. At the roundtable, we came up with a strategy with the following features:

A key ‘take-home message’ from the workshop echoing various commentators who have previously looked at this issue is that current payment models which reward activity over outcomes need to be fixed. To bring about these recommended changes, overcoming potential implementation barriers through investment in change management is an important, if under-recognised, aspect of reforming this sensitive area of public policy in Australia.

Stephen Jan is the Head of the Health Economics Program at the George Institute for Global Health. Follow @georgeinstitute.

Declaration: Professor Jan is supervisor of a Postdoctoral Research Fellow who is funded by HCF, and an Investigator in The Australia Prevention Partnership Centre funded jointly by NHMRC, Commonwealth, State and Territory Governments and HCF.