Home Public health and population health public health Reforming our political system is not a quick fix. Here’s a step-by-step guide to how to do it 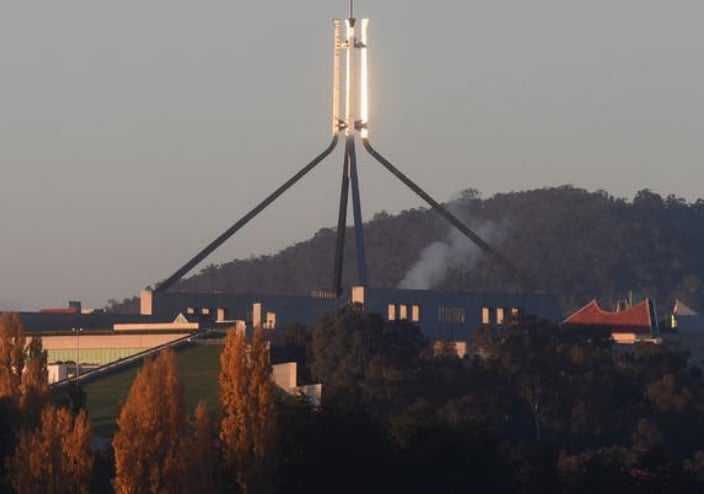 Reforming our political system is not a quick fix. Here’s a step-by-step guide to how to do it

The upstream determinants of health are often, as in this Queensland Government publication, described as issues such as education, employment, income, living and working conditions. A Canadian organisation Upstream, also names issues such early childhood development, housing, nutrition and the wider environment.

But, as the ongoing circus that is Australian politics reminds us, acting upstream for public health also requires a concerted focus on reforming unhealthy political systems.

In an article first published at The Conversation, Dr Mark Triffitt, Lecturer in Public Policy and Political Communications at the University of Melbourne, makes recommendations for systematic reform of Australia’s political system. He was formerly Director of Strategic Communications with the Business Council of Australia, and Executive General Manager of Corporate Affairs with Wesfarmers Limited.

With public trust in government already in serious decline over the last ten years, the downfall of yet another prime minister between elections underlines both the importance and urgency of making serious changes to our political system.

The key to renewing Australia’s democratic system is to view it as our next major reform challenge, just as economic renewal was prioritised in the 1980s and ’90s.

So far, however, the changes proposed by political commentators, academics and think tanks are largely single reforms, such as citizens’ juries to seek more public input into policy, or fixed four-year terms for federal parliament to allow more time to tackle big problems and implement complex policy.

These fall short of matching the scope of the challenge: democratic renewal requires multi-level and multi-step change addressing interconnected issues. In short, we need a comprehensive roadmap for political reform. 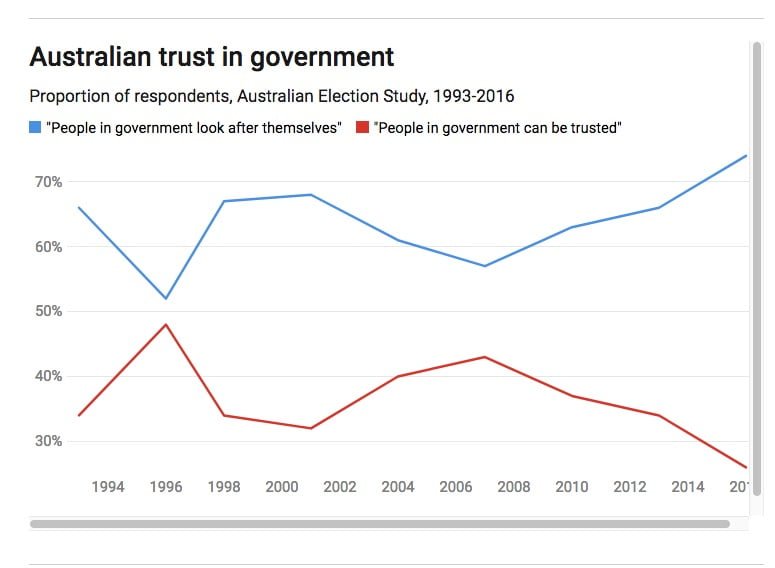 Charting a roadmap for renewal

We first need to recognise that two distinct crises are contributing to declining public trust in government.

The first is a “crisis of representation”. This results from a fragmented, highly diverse electorate that increasingly fails to connect with major parties. The major parties are left with shrinking, less diverse memberships.

Read more: Australians think our politicians are corrupt, but where is the evidence?

The second is a “crisis of functionality”. Our democratic system is increasingly unable to deliver good public policy in a consistent or coherent way, and to convince the public to support it.

This “crisis of functionality” is partly due to the decline of the public service and its ability to deliver independent, quality policy advice to ministers. Also to blame is an increasingly myopic approach to policymaking by parties obsessed with short-term polling and point-scoring.

But it is also linked to the “crisis of representation”. As an increasingly disconnected public turns its back on politicians, it also loses trust in their ability to deliver sound policy programs and decisions.

The dual nature of these problems underlines a critical issue. The roadmap not only needs to link up separate reforms, it also needs to be rolled out in stages to persuade a highly distrustful public that democratic renewal is in the interests of everyone – not just those in power.

The first stage is what I would call “creative governance”. The aim here is to start restoring public trust in government by making immediate and tangible improvements to the political system.

These reforms would have clear precedents or strong levels of public support. For example, national uniform caps on campaign spending, like those recently introduced in New Zealand, would reduce money in politics. This in turn would put the onus on politicians to explain their policies with more fact-based detail instead of expensive, slogan-based advertising campaigns.

Other possible reforms include real-time disclosure of all political donations, which is already in effect in Queensland, and the establishment of a federal anti-corruption commission, also already in existence at the state level.

Recent surveys show that a majority of Australians support both moves and believe these would improve transparency in the political system.
Setting the scene for deeper reform

The more difficult second stage of political reform is what I call “systemic renewal”. The goal here is to realign our democracy with the fundamentally changed dynamics and expectations of how it should work in the 21st century.

For instance, a major overhaul of our federal-state constitution is needed to update a framework originally written in the 1890s. It’s replete with outdated rules, processes and responsibilities.

However, this has largely failed to capture the public’s imagination because of the arcane way experts talk about the problem and potential solutions. Reframing it as part of a broader democratic renewal to usher in a more nimble and representative political system is much more likely to gain public traction.

Read more: Ideas for Australia: Voters have a good choice of politicians, but need to overcome their mistrust of them

Major reforms are also needed to make federal parliament more effective and less dysfunctional. These might include eliminating Question Time and mandating a strict code of ethics for MPs aimed at addressing toxic behaviours like the bullying crisis rocking the Coalition government.

Reforms like these would raise the level of decorum in parliament and set a new standard for parliamentary behaviour. This would increase public confidence that politicians both reflect and are accountable to modern values.

Lastly, a “Citizens’ Assembly” could be formed of randomly selected citizens to act as a non-partisan check and balance on parliament. Such an assembly could be modelled after the citizens’ juries that have been trialled successfully around the world, including Ireland, Canada and South Australia. The assembly would be given the responsibility to chart out long-term, national policy blueprints in areas like health, tax and education.

With this kind of direct voice on a national level, the public would be much more involved in policymaking and thus more vested in the success of their government.

What’s clear is we must do the hard strategic thinking of reformers if we are serious about fixing our political system.

Like every credible plan to reform a major institution showing multiple dysfunctions, we need more than one reform idea. We also need to test these ideas against the root causes of the institution’s malaise. And we need to organise them into a strategic and practical sequence.

The alternative is to believe Australian democracy will magically right itself. Which is no alternative at all.