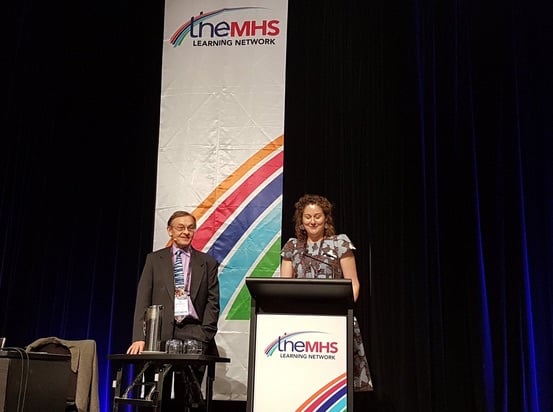 “Two-eyed seeing”, a framework for integrating Indigenous and Western knowledges, was profiled at a major mental health conference in Sydney this week.

The conference also heard about the importance of relationships and storytelling for healing, reports Amy Coopes for the Croakey Conference News Service.

Culture is medicine and healing, and stories are its salve, with Indigenous knowledge more vital than ever to the planet and to health, a major mental health conference was told on Thursday.

Dr Lewis Mehl-Madrona, a researcher at the intersection of Indigenous healing and the biomedical model, delivered a keynote address at the TheMHS annual forum in Sydney on etuaptmumk, a word from the M’ikmaw Nation in Canada meaning ‘two-eyed seeing’.

Two-eyed seeing is a framework embracing Indigenous ways of understanding the world and integrating these with Western bodies of knowledge, in an endeavour of collaboration and respect, where a tribal consciousness was cultivated, taking the best from both worlds.

Mehl-Madrona, who is of Lakota and Cherokee heritage and started his address with a traditional song of welcome, shared his personal journey with culture, from Stanford to Saskatchewan, working as a “roadie” for Lakota medicine man Melvin Grey Fox in an era where ceremony was illegal.

During this time he witnessed powerful experiences of healing, revealing a profound, millennia-old body of Indigenous knowledge about the mind and mental health that centred relationships and stories.

“Stories are knowledge systems in and of themselves,” said Mehl-Madrona. “Through stories we learn to be who we are… we are co-constructed by story and community.” 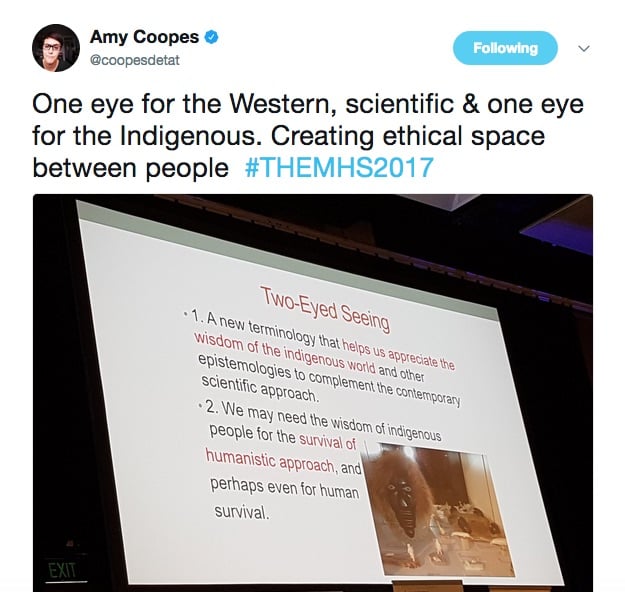 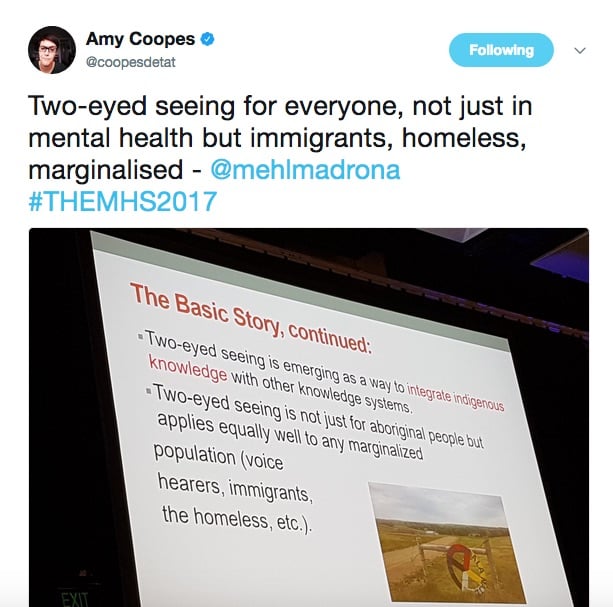 A swarm of stories

In Lakota culture, the closest thing they had to an understanding of the ‘self’ was a concept known as nagi – the “swarm of stories that make us who we are”, each story containing a spark of the being who told it.

Mental health was seen as a product of these stories, whether good or bad, and diagnoses or labels were understood not as a noun but a process – for example depression was “performed”, not innate.

Stories were regarded as “all we have to fight off illness and death” he said, noting that data supported this for Indigenous people.

In British Columbia, for example, communities that had lost their language had 50 times more suicide attempts than the general population; where language was intact or fluent, these attempts were 55 times lower than population averages.

Stories had the power to change the body, said Mehl-Madrona, relating research showing that people with elevated blood pressure who were told stories about blood pressure being reduced actually went on to realise this physiological effect.

“If you want to change the world start talking and keep talking, tell your story,” he said. Stories had more power than statistics because, instead of simply revealing an effect, they allowed an interrogation of the ‘how’. 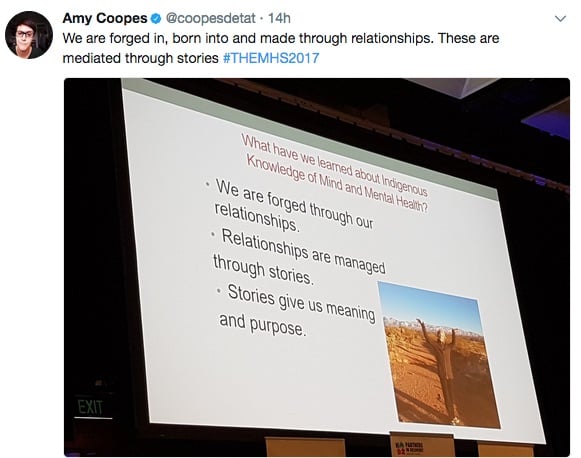 Whether in North America or Australia’s Aboriginal and Torres Strait Islander communities, Indigenous knowledge-making had some striking similarities, said Mehl-Madrona.

It was derived from systematic observation of the way things work, and was consensus driven, arrived at through collaboration and deliberation in groups.

Mehl-Madrona said Indigenous epistemology was, by necessity, pluralistic and the opposite of positivism and reductionism.

“In Australia there are 500 creation stories, they are all true and they are all different,” he said. Each was true for the place of its origin, and for the people who told it.

“We choose explanations based on their usefulness, and we often need more than one,” he said, “Explanations exist at multiple levels.”

This was especially relevant in mental health, he said, where love or depression couldn’t be explained through neurochemicals alone, or the parts of the brain activated and affected.

Indigenous cultures captured the collective dimension of health in a way that was lost in individualistic biomedical approaches, even understanding the mind as a plural enterprise where there were conflicts and coalitions.

Where there was one world and one people, everybody was responsible for one person being sick, with the social environment shown to change the brain much more dramatically than drugs in studies.

Research on mirror neurons and work around the social brain had validated how important this was, he added.

In this context, Mehl-Madrona said Indigenous cultures understood that people “get unwell on our behalf” and should be honoured, because if it hadn’t been them, it could have been you.

Two-eyed seeing conceptualised mental health for Indigenous people as the product of intergenerational and direct trauma, of bad spirits and stories (maladaptive narratives), impossible situations and relationships, seeing severe mental illness as the “canary in the societal mineshaft”.

It also had much to offer in terms of healing, he said.

While it was unknown whether conventional approaches to mental health actually worked, Mehl-Madrona said the “invisible system” of Aboriginal mental health did.

“We need Indigenous knowledge now more than ever, ecologically and humanistically, to leave the world better for generations after,” he said.

“Culture is medicine. Culture is healing, or it can be.” 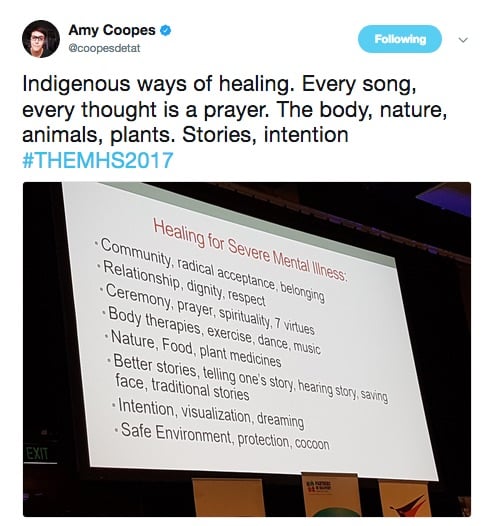 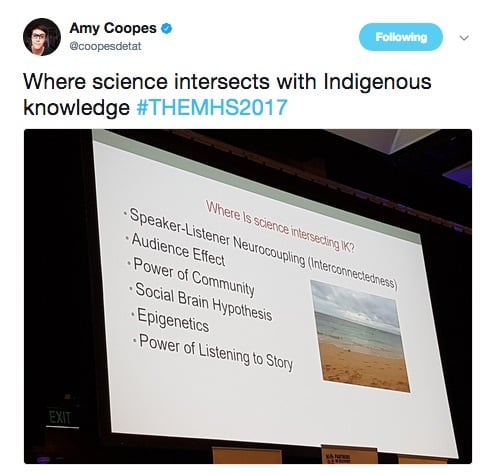 TheMHS chair Tom Brideson – a Kamilaroi and Gomeroi man – said it was time to start advancing the two-eyed seeing framework in Australia, placing Indigenous stories and healing alongside the biomedical model.

Imprisonment and juvenile detention, mental health, suicide and self-harm and substance use had not improved for Aboriginal and Torres Strait Islander people, and Brideson said “we need to do better than ‘jobs, schools and fruit’.”

On mental health, in particular, he said the complexity of policy and funding arrangements was “absolutely out of control”.

He pointed to the Gayaa Dhuwi (Proud Spirit) declaration on Aboriginal and Torres Strait Islander mental health, and said community would be crucial to advancing this agenda. 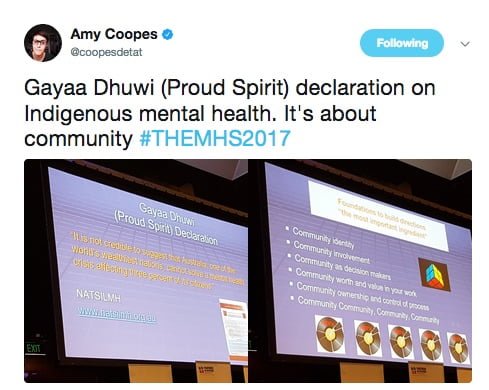 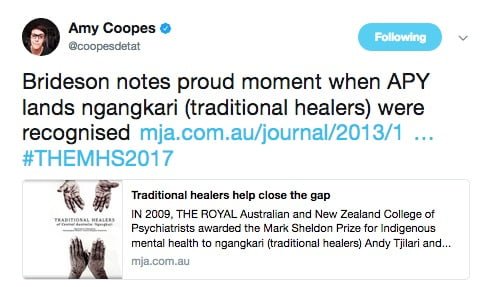 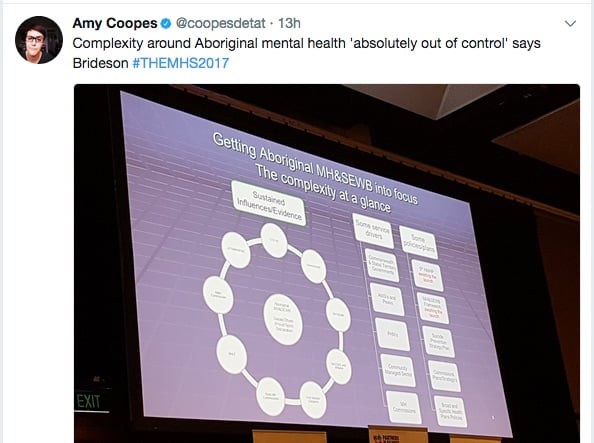 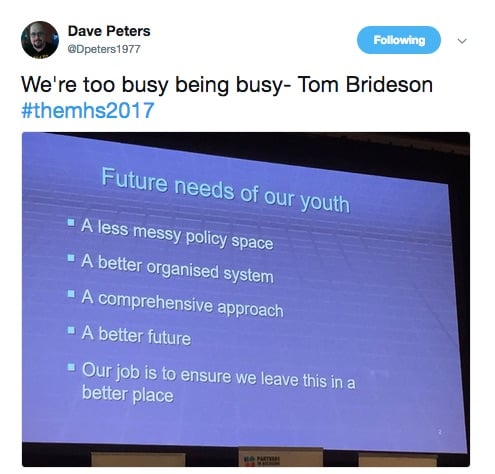 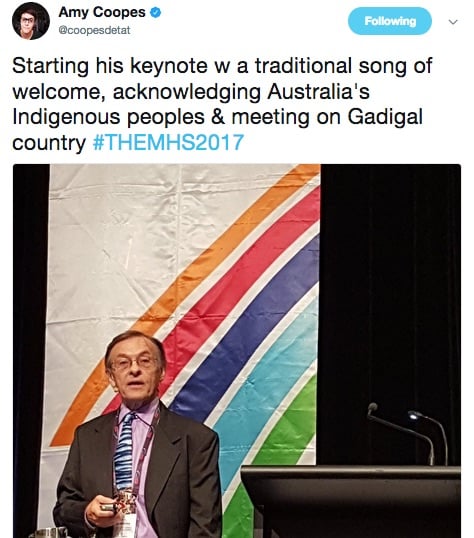 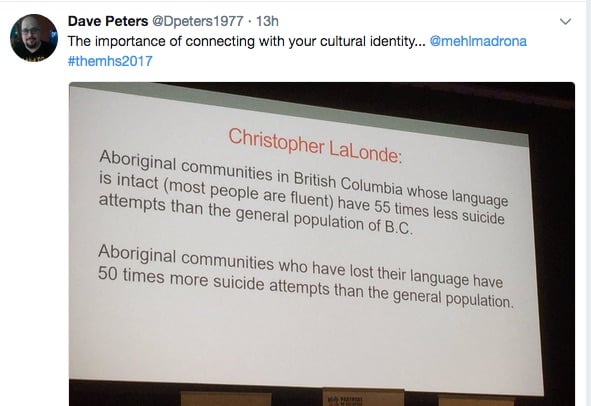 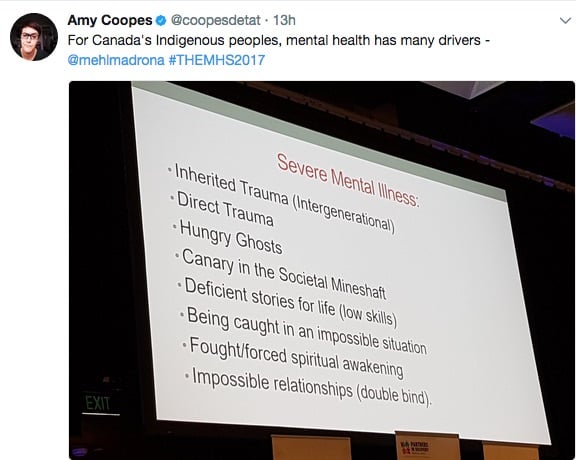 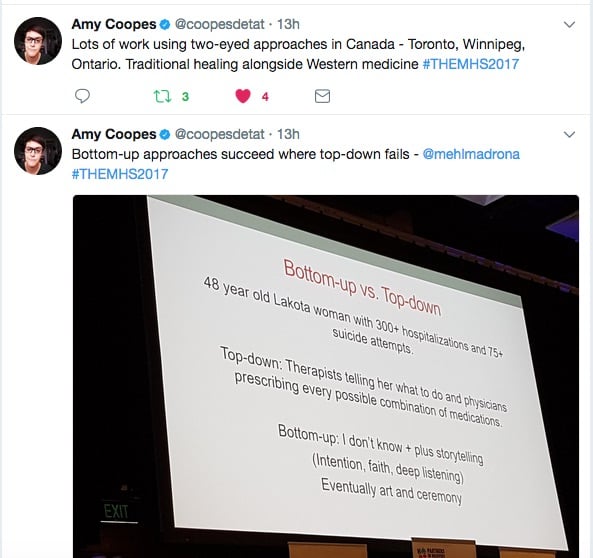 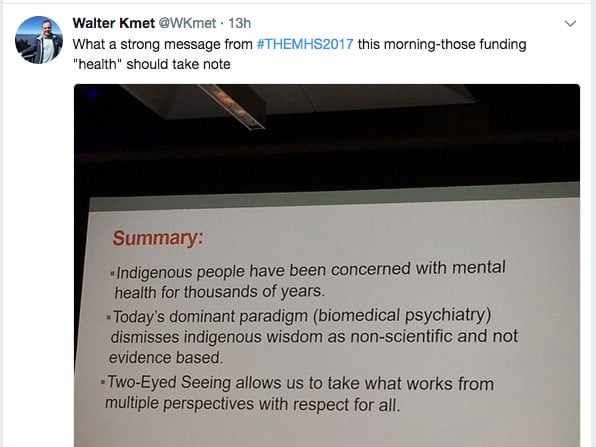 As previewed at Croakey, the conference – Embracing Change Through Innovation and Lived Experience – is bringing together hundreds of workers, consumer-survivors and advocates from the mental health sector, and continues in Sydney this week. Follow #THEMHS2017, @coopesdetat, @wepublichealth and @themhsorg for the latest news. 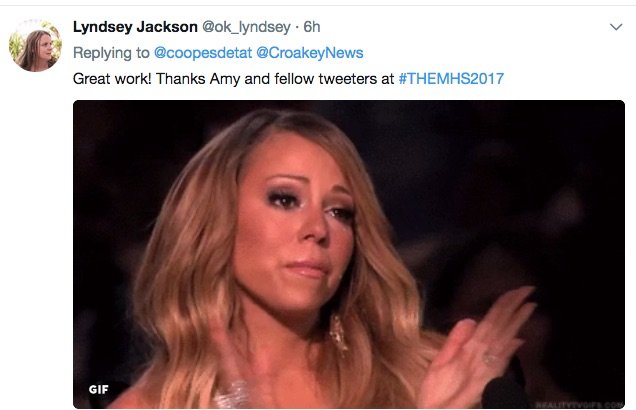