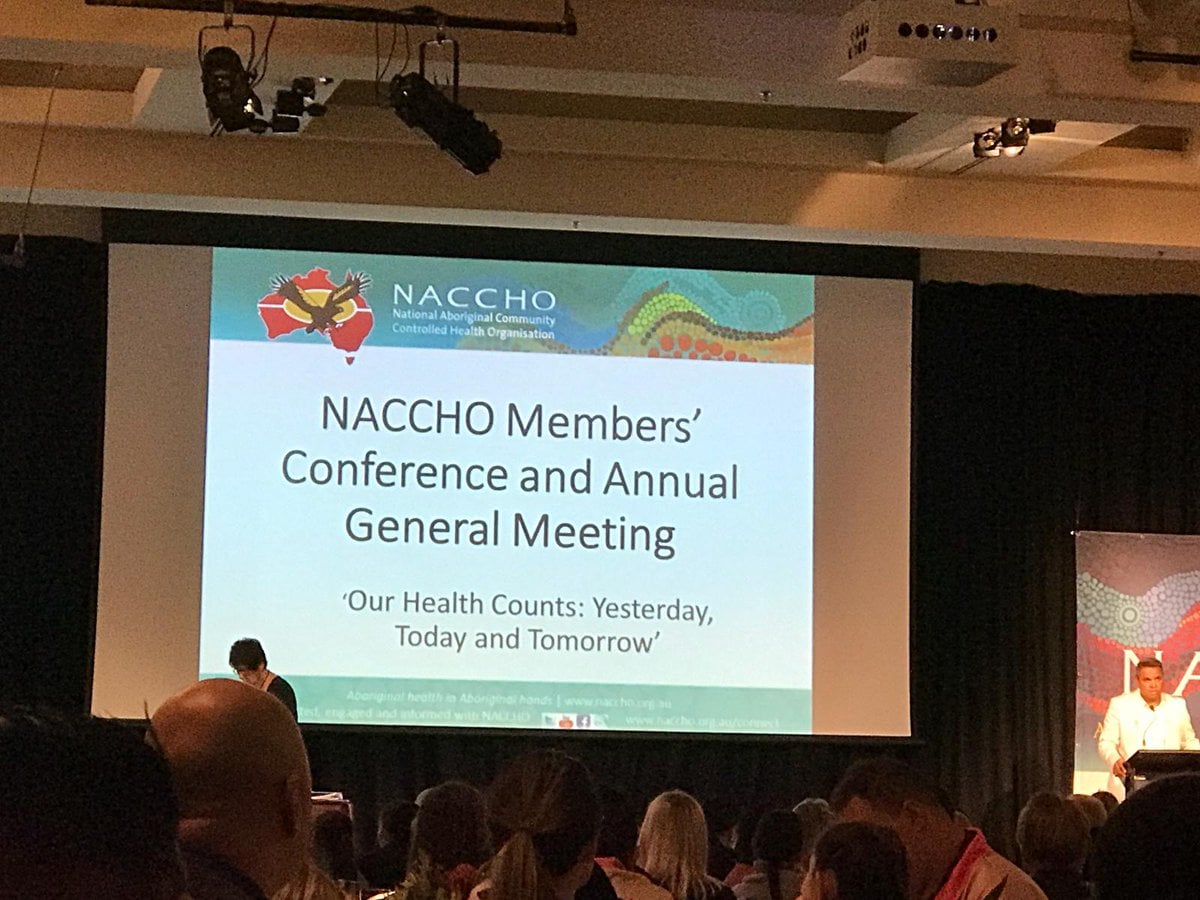 Glenys Beauchamp has given her first speech as Secretary of the Commonwealth Department of Health at NACCHO’s Annual General Meeting and Member Conference, being held today in Canberra.

Some are seeing this as a hopeful sign of the Government’s commitment to working with Indigenous communities to close the gap between the health of Indigenous and non-Indigenous Australians.

If this is the case, we should also expect to see the Government act to restore some of the $500 million taken out of the sector in the 2014-15 Federal Budget and to increase the transparency of Indigenous health funding.

This would enable researchers and commentators, such as Dr Lesley Russell, to accurately assess trends in spending and also to determine the cost-effectiveness of individual programs.

As she outlines below, it is almost impossible to do this currently which makes it difficult to work out key spending patterns, such as the proportion of Indigenous health funding the Government is allocating to the community-controlled sector versus mainstream health programs.

Last week the Productivity Commission released the 2017 Indigenous Expenditure Report – the fourth in a series which is prepared for COAG – which provides estimates of Commonwealth and State and Territory governments’ expenditure (both specific and direct) for Indigenous Australians across more than 150 expenditure categories. It reports on data from 2015-16 and also provides historical data for 2012-13, 2010-11 and 2008-09.

This is a welcome set of information for those of us who try to track Indigenous spending and support for specific programs.

I have been analysing the federal funding of Indigenous programs over almost a decade (my analyses of federal budgets and Close the Gap initiatives are publicly available on the University of Sydney e-scholarship website ).

Welcome to Ngunnawal and Ngambri country all delegates at #NACCHOagm2017 by Matilda House and her grandchildren pic.twitter.com/vNFL4Dkf18

Like most academics and policy people, I have access only to data that is publicly available and it is a recurrent theme of my annual budget analyses that this data, along with information and evaluations for programs and activities, is less and less accessible and not reported in ways that enable trends to be tracked over time.

This was particularly highlighted earlier this year when I was asked by Oxfam Australia to assess funding provided to and through the Indigenous Advancement Strategy (IAS) and the Indigenous Australians’ Health Program (IAHP) since the 2014–15 budget.  My work is Appendix 2 in their report Moving Beyond Recognition: Respecting the rights of Aboriginal and Torres Strait Islander peoples.

Essentially, I was unable to answer the question as originally posed: How has federal funding for Indigenous affairs changed since the May 2014 announcement of the Indigenous Advancement Strategy? I could just give an incomplete snapshot in time from data sources that were not aligned.

As I was doing this work I did find the previous Productivity Commission report one of the most useful, although I was frustrated because the data were old (from 2012-13) and so did not reflect the changes made as a result of the IAS.

It did however spell out how much of direct funding went to Indigenous-specific services and thus provided a mechanism to assess the degree to which the governments were pushing mainstream services to address the often very specific needs of Indigenous peoples.

It's time for change! Time to make a difference! #NACCHOagm2017

To a considerable extent, these issues (positive and negative) remain in the most recent report. Some long-term comparisons are now possible and much of the program spending is assessed on a per person basis (essential information to see how spending is matched to population growth – although, as the report notes, this is not a per user expenditure measure).

On the other hand, the data are already several years old, and, frustratingly, the spending categories are those used by COAG and thus do not reflect those used by the Australian Government. However, the Productivity Commission has reached out to potential users to ensure that their data are provided in the most useful and relevant ways possible, while acknowledging that there are many data quality and methodological challenges that are yet to be resolved.

The information in the report is provided under six broad categories that relate to the National Indigenous Reform Agreement and the Overcoming Indigenous Disadvantage reports.  These are: early childhood development and education and training; healthy lives; economic participation; home environment; safe and supportive communities; and other government services.

It is not possible to relate these to the five IAS categories: jobs, land, economy; children and schooling; safety and wellbeing; culture and capability; remote Australia strategies; and program support. As an added complication, not all Indigenous programs operate under the IAS; most notably, health programs remain with the Department of Health under the Indigenous Australians’ Health Program.

Much of this reflects the funding cuts of more than $500 million that were made to Commonwealth Indigenous programs under the Abbott Government in the 2014-15 budget – lost funding that has never been replaced.

It is also disheartening to read that the Productivity Commission is not able to measure adequacy, effectiveness or efficiency of governments’ Indigenous funding. This is surely the core of the issue on government efforts to address Indigenous disadvantage – measures that are much more important than dollar amounts spent or the number of services delivered.

Too much information that is routinely collected is not relevant and there is little or no effort within government to use this information to learn about meaningful outcomes and wise investments.

In February the government allocated $40 million for research and evaluation under the IAS, including additional support for the work of the Productivity Commission in this area.  We can only hope that this delivers some of the basic frameworks and methodologies needed.

This funding announcement pre-empted a damning report from the Australian National Audit Office which found that the performance framework and measures established for the IAS do not provide sufficient information to make assessments about program performance and progress towards achievement of the program outcomes.

A glance at the Budget Papers shows how hard it is to track current Commonwealth Indigenous spending. For the IAS and other Indigenous programs under the auspices of the Department of Prime Minister and Cabinet, it is necessary to go to the departmental Portfolio Budget Statement (Outcome 2).

Total spending on Indigenous health is provided as a sub-function under Health in Budget Paper No 1 and Assistance for Indigenous Australians is broke out as sub-function under Social Security and Welfare. In the Health Portfolio Budget Statement, Aboriginal and Torres Strat Islander Health is just one of seven categories under Outcome 2 (Health Access and Support Services) and only the total spend (actual, estimated or budgeted) is provided over the four-year estimate period.

The Productivity Commission states that their data are consistent with whole of government expenditure data in the Commonwealth budget papers.  I think that is a statement that must be taken on trust.