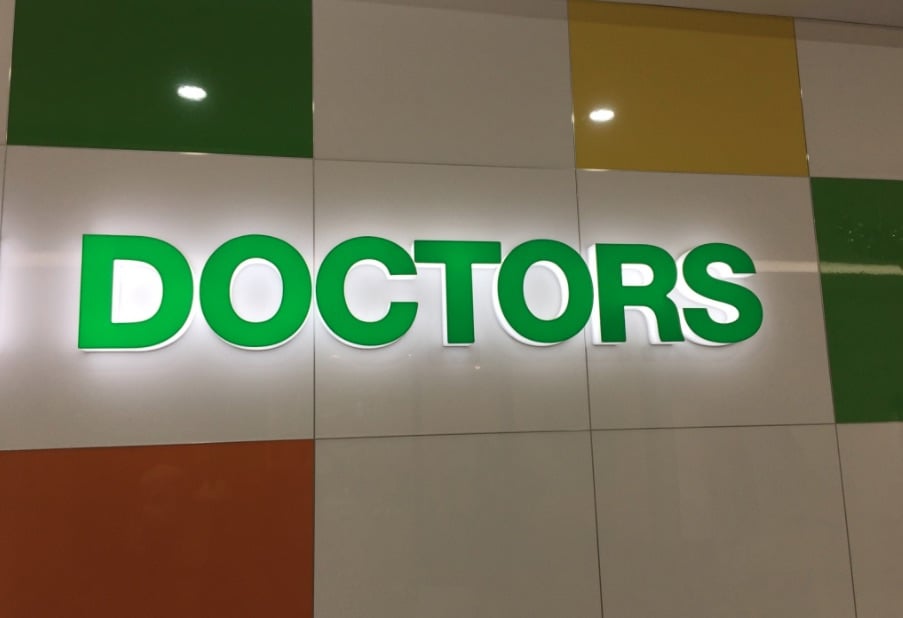 Shining some light on bulk billing and #OutOfPocket costs

The legalities and practicalities behind bulk billing generally are not well understood, but Margaret Faux, a lawyer and CEO of one of Australia’s largest medical billing companies, aims to throw some illuminating light in the LongRead below.

This is her latest contribution to Croakey’s ongoing #OutOfPocket series, which you can read more about here.

And make sure to follow @WePublicHealth this week, where Faux is sharing interviews and news from a global tour of healthcare systems – from Saudi Arabia to India and beyond. 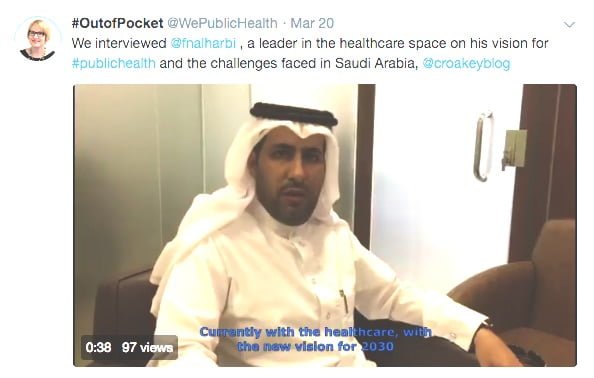 Australia’s bulk billing system enables patients to assign their government rebate to a treating doctor and, in return, the doctor is prohibited from charging any other fee no matter its description.

Bulk billing doctors effectively give up their constitutional right to charge as they wish, and instead accept the government bulk billing payment as their total payment for the service. The obvious benefit for patients is zero out of pocket costs (OOPs), and the benefit for doctors is rapid and certain payment.

Bulk billing will never be compulsory in Australia because if it were, it would almost certainly offend the constitutional provision that enables doctors to charge whatever they like. So the oft heard phrases suggesting doctors ‘should bulk bill’ are therefore redundant, fanciful, and somewhat an oxymoron.

Gough Whitlam understood this constitutional limitation well when he introduced Medibank in 1975, as did his Health Minister Bill Hayden, who in an interview just prior to being formally sworn in as a Minister, confirmed the government had no constitutional power to regulate doctor’s fees in the following terms:

Doctors don’t have to enter the scheme [Medibank], we couldn’t compel them to. They could just refuse to take part. I’m not sure how they’ll fare refusing to see people covered by national insurance, because everyone will be covered… Doctors aren’t going to be conscripted, regimented, regulated.” (The interview is cited on p. 71 of this book, Hayden, a political biography.)

Instead, in one beautiful clause of near perfect legal drafting, they designed a simple, two-step, completely voluntary, bulk billing process that was as certain to succeed as day will turn to night.

It was Whitlam at his brilliant best. With one word – ‘may’ – he averted constitutional challenge, freed doctors from the burden of discussing money with patients by reimbursing them for their services quickly, and made the entire nation for the first time able to see a doctor without fear of fees.

But of course, the entire bulk billing concept hinged on those fees being adequate remuneration for doctors, and initially they were.

Much has changed in 40 years and it’s timely to consider bulk billing in the context of the current OOP debate. The government would have us believe bulk billing rates are high, but we know its data is unreliable.

Consumers are not stupid and know they are not imagining their OOPs, but they don’t understand why doctors don’t bulk bill.

Avarice by medical practitioners is an issue that continues to perplex regulators in many jurisdictions.

A most egregious example was reported in the Journal of Law and Medicine a few years back, involving Dr Susan Lim, a graduate of Monash University, who charged millions for her treatment of a member of the Brunei Royal Family. She was eventually prosecuted by the Singapore High Court.

Such cases are fortunately rare, but do contaminate the views of the chattering crowd, who conveniently use “greed” to explain away a more complex phenomenon – one that sits at the interface of public expectation, the role of the regulator in relation to medical fees, the art of medicine and the harsh realities of medical practice costs.

Whilst there is no doubt that a small number of doctors (and other professionals) engage in price gouging and should be called to account, there must surely be a moral majority because if Australian doctors are all so greedy and they have constitutional protection effectively enabling their greed, why then don’t we have the most expensive health system in the world?

How much does it cost?

When I was talking with an obstetrician a few years ago, she casually mentioned that her medical indemnity insurance premium was over $200,000 per annum.

It was a shock! In three decades working in the health transactions space I had never really stopped to consider the impact of medical indemnity insurance on doctors’ fees.

I enquired about her practice costs and the number of births she attended each year, thought about which MBS item numbers she would be entitled to claim, and found I couldn’t make the numbers work.

Factoring her practice overheads, on my calculations she needed to make well over $300,000 per annum to break even, and if she bulk billed and/or used no-gap schemes for every patient, she would not have even come close.

However, it is fair to say she was an unusual case because her specialty was high risk births. There are not many obstetricians who thrive on the thrill of delivering twins, triplets, upside down babies, sideways babies and babies of high risk mums, though we should be thankful there are a few like her for the mums who need them.

Medical indemnity insurance is just one of many factors impacting decisions about fees and whether and when a doctor will choose to bulk bill. For this doctor, it was obviously a key factor which gave her no option other than to charge OOPs.

Every doctor’s individual circumstances and practice environment are different, but the following two real examples are typical of hundreds of conversations I have had with doctors over the years about fees.

The young GP worked in a privately owned practice in a regional location. His dilemma related to the correct claiming of consumables, specifically, bandages. The practice demographic was mostly elderly, and a substantial component of their work involved treating leg ulcers, skin tears, burns and various other wounds.

His plan was that if a patient needed a bandage, he would bulk bill the consultation and charge separately for the bandage. I explained this was illegal and could expose him to criminal liability.

He protested, saying that if he could not charge for bandages, the net amount to the practice for providing a service that included a bandage would be $25 (at the time the bulk billed rebate for item 23 was $35), which would barely cover the costs of providing the service. He just would not be able to sustain a viable practice if his profits were chewed up by the cost of the bandages.

His was mostly a bulk billing practice and he felt his patients would tolerate paying $10 for a bandage, but would not be happy, nor able, to pay $45 up front, which was the legal way for this scenario to be billed (patient pays $45 up front and gets a rebate of $35, leaving a net OOP of $10).

We discussed other options, before he settled on a unique BYO bandage model. Given his view that his patients would be happy to pay $10 for the bandages, a simple and legal solution was for patients to swing by the local pharmacy on the way to their GP visit and purchase the $10 bandage from the pharmacist (the only one in town).

For this GP, this was a better solution than introducing onerous OOPs and run the risk that patients would stop coming to see him for much needed care.

That would actually be the worst possible thing we could do from a policy perspective because it would completely undermine bulk billing (which is the main cost control mechanism in the Medicare scheme) and push OOPs up.

Doctors have two options – they either accept the amount the government provides by bulk billing and not charging a cent more for anything (there is one permitted exception for certain vaccines), or they can charge whatever they like – but not both.

So for this GP, the government rebate was not enough because of the volume of bandages consumed by his specific patient demographic. Others will not face the same problem and will be able to absorb the cost of an occasional bandage, but the point is, it is different for every doctor, and rising practice costs do impact decisions about bulk billing.

We have been managing the inpatient claiming for this physician for years. Philosophically opposed to OOPs, she always uses no-gap schemes, and if ever there is an uninsured or ineligible patient or a problem with a claim, she foregoes her fee altogether. She would rather not be paid at all than impose an OOP on her patients.

Known as the moral compass of the department, she works in at a busy inner city teaching hospital, she has exceptional communication skills and her colleagues describe her as an excellent clinician.

So it was no surprise when she decided to start a morning clinic in private rooms, that she would bulk bill everyone. It is just the way she is. Not interested in profit, just patients.

Six months later, her husband called me. He described her bulk billing practice as ‘becoming a very expensive hobby’ and implored me to speak with her and tell her to stop bulk billing. I declined to do this.

We went through the numbers together and he was right – she was making about $30 net profit for her four-hour clinic (which often spilled over into the fifth hour because she was very thorough and liked to spend plenty of time with her patients).

Here are the average numbers week to week:

She continued for about another six months before closing her rooms, no doubt after her husband had pointed out that her massive earnings of $30 a day were probably going on petrol, coffee, snacks and incidentals.

It is a great shame that such a doctor could not make a bulk billing practice viable. Sure, she could have found cheaper rooms, typed her own letters, worked longer, faster, better, churned through more patients in her four-hour slot. But simplistic solutions don’t always work in complex environments.

She needed to work close to her referral network, and the actual work she does involves very complex medicine – her patients are just really sick – and she would never compromise patient safety by increasing her throughput, nor would we want her to.

Bulk billing was built on a solid constitutional foundation and was cleverly designed to exert downward pressure on medical fees, but it might require some adjustment to costs in the 21st century to better support sustainable universal coverage.

However, if you stand in the funders’ shoes for a moment, it is not realistic to expect any government to increase rebates until we first address the underlying issue of how medical fees are determined in the first place.

And that is a Pandora’s box to open in another #OutOfPocket article.