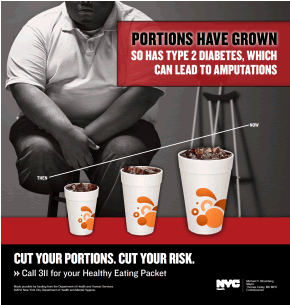 How do we stem self-serving influence by the junk food industry on public health research, policy and advocacy?

It’s a question that was high on the agenda at this week’s Population Health Congress and is being asked with renewed urgency at an international level following news that Coca-Cola has provided $1.5 million to the United States based Global Energy Balance Network (GEBN), that is seeking to recruit researchers to its work in inactivity and obesity.

In response to the outcry, Coca-Cola announced it would begin “disclosing (its) investments in scientific research and advocacy about the impact sugary soft drinks have on public health”.

However, a group of Australian public health advocates say we may need to take a more radical approach. They ask whether those who receive funding  from Coca-Cola (or organisations it supports, such as GEBN) should be ineligible for taxpayer-funded grants.


An article by Alessandro Demaio, a Postdoctoral Fellow in Global Health at the Harvard Global Equity Initiative, that looks at Big Soda’s tactic to confuse science and protect their profits should be a timely reminder that health/disease ‘promotion’ is not a level playing field, and that purveyors of junk foods will use any method to maintain their sales.

As Demaio points out, companies like Coca-Cola Amatil (CCA) have a responsibility to return a profit to their shareholders – doing so via marketing and selling a product that contributes to millions of premature deaths and to an enormous burden of illness through diabetes, arthritis, heart disease and cancer (all of which are linked to obesity). 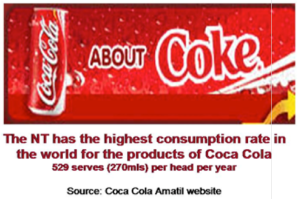 In Australia, through excellent marketing and supply chains not able to be matched for fresh fruit and vegetables, CCA maintains a robust supply of its products to remote Indigenous communities. Indeed, Coca-Cola boasted on its website in 2007 (see pic) that the Northern Territory had the highest per capita consumption of Coca-Cola, not just in Australia – but in the whole world. (Note that the picture was sourced in 2007 before it was removed from the CCA website – but the supply chain to Indigenous communities continues to function with a high level of efficiency.) 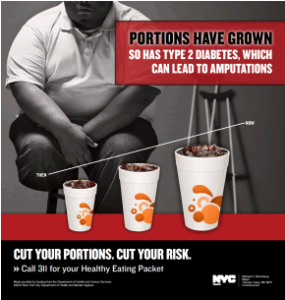 Over the years we have seen a progressive increase in fast food and drink portions around the world, and  particularly so in the United States. When McDonald’s first opened, a soda (or soft drink) was 7 ounces: today a child’s size is 12 ounces, a ‘small’ is 16 ounces and a large is 32 ounces.

Studies have clearly shown that when providing popcorn in different size containers, those getting the larger container will always eat more – even if both the container sizes hold a significantly larger portion of corn than can be consumed at one sitting. It’s clever marketing, of course and not even former New York Mayor Michael Bloomberg could prevail with proposed limits on sales of jumbo sugary drinks.

So we all acknowledge that industry will dance to a different tune than health professionals, and that is where the issue gets messy. Do health professionals who get involved in giving advice to companies who sell products that may cause harm realise the legitimacy that they provide to these companies in doing so?

This is of concern if these health professionals are high profile researchers and associated with prestigious institutions.  This is particularly problematic when they are at the same time advising governments on matters related to public health. Conflicts of interest must always be declared. However, researchers who take funding or otherwise align themselves with the interests of the sugary drinks industry are acting – wittingly or unwittingly – in the broader interests of that industry.

This harks back to the 1970s and 1980s when the tobacco companies operated the Tobacco Institute in Australia, which funded research “into tobacco and its products, into smoking , and any type of environmental factors which might affect human health…” This was despite US Surgeon General reports since 1965 that had clearly demonstrated the link between smoking, lung cancer and a plethora of other diseases.

The tobacco industry tactic of recruiting researchers to promote the idea that there was ‘scientific controversy’ about smoking and health is now obvious to see in relation to sugary drinks and health.

Taking a leaf from the Tobacco Institute and numerous Pharmaceutical Advisory Boards,  Coca-Cola has funded the Global Energy Balance Network, an organisation led by high profile exercise science and nutrition researchers, to help in putting  forward ‘balanced’ messages about diet and exercise.

GEBN has already gone on the record with denying that sugary drinks are the basis of the obesity epidemic. See this video that has since been taken down from the GEBN site, following widespread adverse publicity about that network and about Coca-Cola.  Such tactics, involving denigration and obfuscation of the relevant science – whether deliberate or inadvertent – are unfortunately reminiscent of the past assertions of the tobacco industry that smoking did not cause cancer. The Vice President of GEBN has subsequently published a retraction on the website.

Groups such as GEBN can have an insidious role that, not necessarily overt, nevertheless can influence government bodies and other authorities who are tasked to protect the health of the public.

The members of such industry-funded organisations should be careful to declare their conflicts of interest, whether it is when publishing research, providing advice to community or government organisations or expressing views in the public domain.  These ‘interests’ should certainly be declared explicitly on their home pages and be transparently shown on their institutions’ websites.

Perhaps the health and medical research community might consider an approach that was very effective in curbing the researcher-funding activities of the Tobacco Institute and ask whether those who receive funding  from Coca-Cola (or its affiliated organisations, such as GEBN) should  be ineligible for taxpayer-funded grants.

Peter Brooks is Professorial Fellow in the Centre for Health Policy at the University of Melbourne.
Wendy Hoy is Professor of Medicine and Director Centre for Chronic Disease at the University of Queensland.
Rollo Manning is a pharmacist and health advocate in Darwin.
Neville Owen is Head of the Behavioural and Generational Change Program at the Baker IDI Heart and Diabetes Institute.

The cover image for this article is an advertisement launched in 2012 by the New York City Health Department to spotlight increasing portion sizes and their consequences.