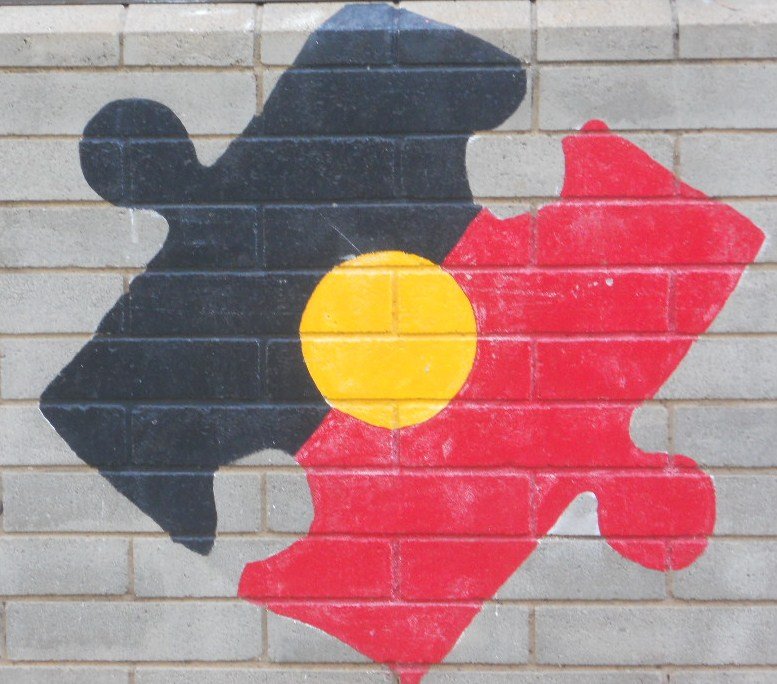 There have been improvements in smoking status, diabetes management and blood pressure control, according to the AIHW’s latest report card on national primary care KPIs for Aboriginal and Torres Strait Islanders.

The third national report on key indicators covering maternal and child health, preventative health and chronic disease management showed improvements across the board, though some areas slipped including:

Progress on these KPIs is a cornerstone of the government’s Close the Gap strategy. 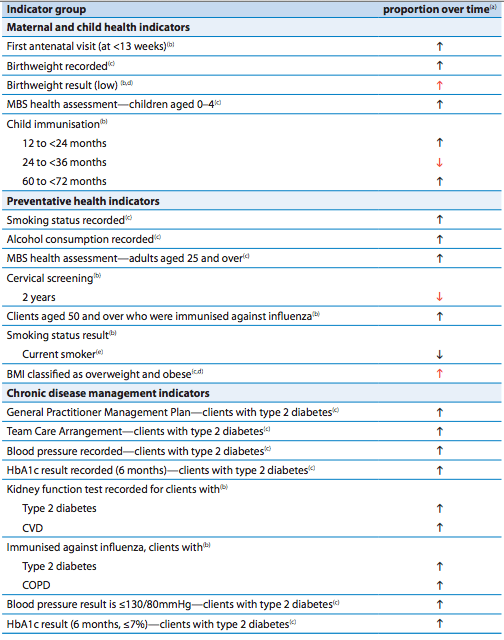 On preventative health some of the outcomes worth noting were:

It’s important to note that data collection is inconsistent and unlikely to show the full picture, but one of the aims of the nKPI project is to improve the statistics on Indigenous health so more meaningful action can be taken.

As explained by the Department of Health in the report:

Improvements in the outcome indicators have shown mixed results and any improvements seen were minor.

This is not an unexpected result as improvements in outcome indicators take longer to be observed at a population level as these depend more on patients’ circumstances and, usually, behaviour and lifestyle changes.

These are not easy factors for health service organisations to influence, but are important to measure to inform patient care and population health policies and programs at the local and national level.

The graphs for BP & HbA1c trends can be seen below: 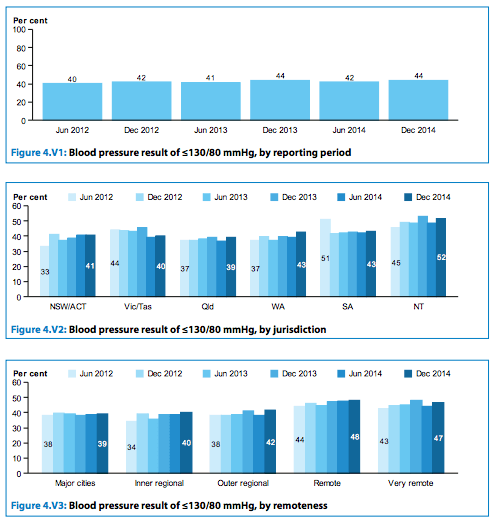 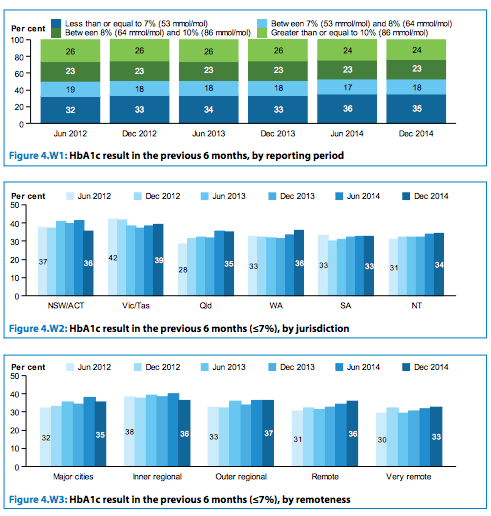