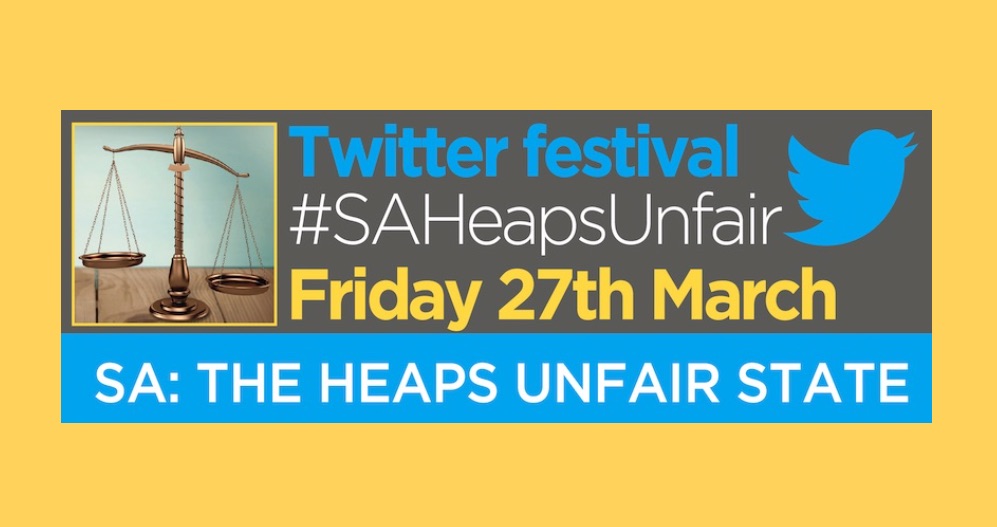 Sneak preview of a blueprint for “a new social order”

Watch this video below for a sneak preview of a new report that will be virtually launched during a Twitter festival hosted by Croakey on Friday, 27 March.

The report, titled South Australia: The Heaps Unfair State has been produced by the Southgate Institute for Health, Society and Equity and the South Australian Council of Social Service (SACOSS), and documents a growth in inequities in SA since the 1980s.

I was alarmed when I read this report, which tells a sorry tale of how easily a region that has done comparatively well in reducing inequities in the past can slide backwards as a result of a confluence of factors that affect the health and wellbeing of the community, particularly those in the most disadvantaged situations.”

On the video, Professor Fran Baum, Ross Womersley, CEO of SACOSS, and Professor Ron Labonte from the University of Ottawa consider the report’s implications during a time of pandemic.

Labonte says times of crisis can be transformative, and the report’s recommendations “are nothing less than a starting blueprint for a new social order”.

Join the conversation at #SAHeapsUnfair. Dr Tess Ryan launches the Twitter Festival at 11.30am AEDT (11am, SA). We will publish a rolling summary at Croakey during the day, and you can follow a Twitter list of participants here.