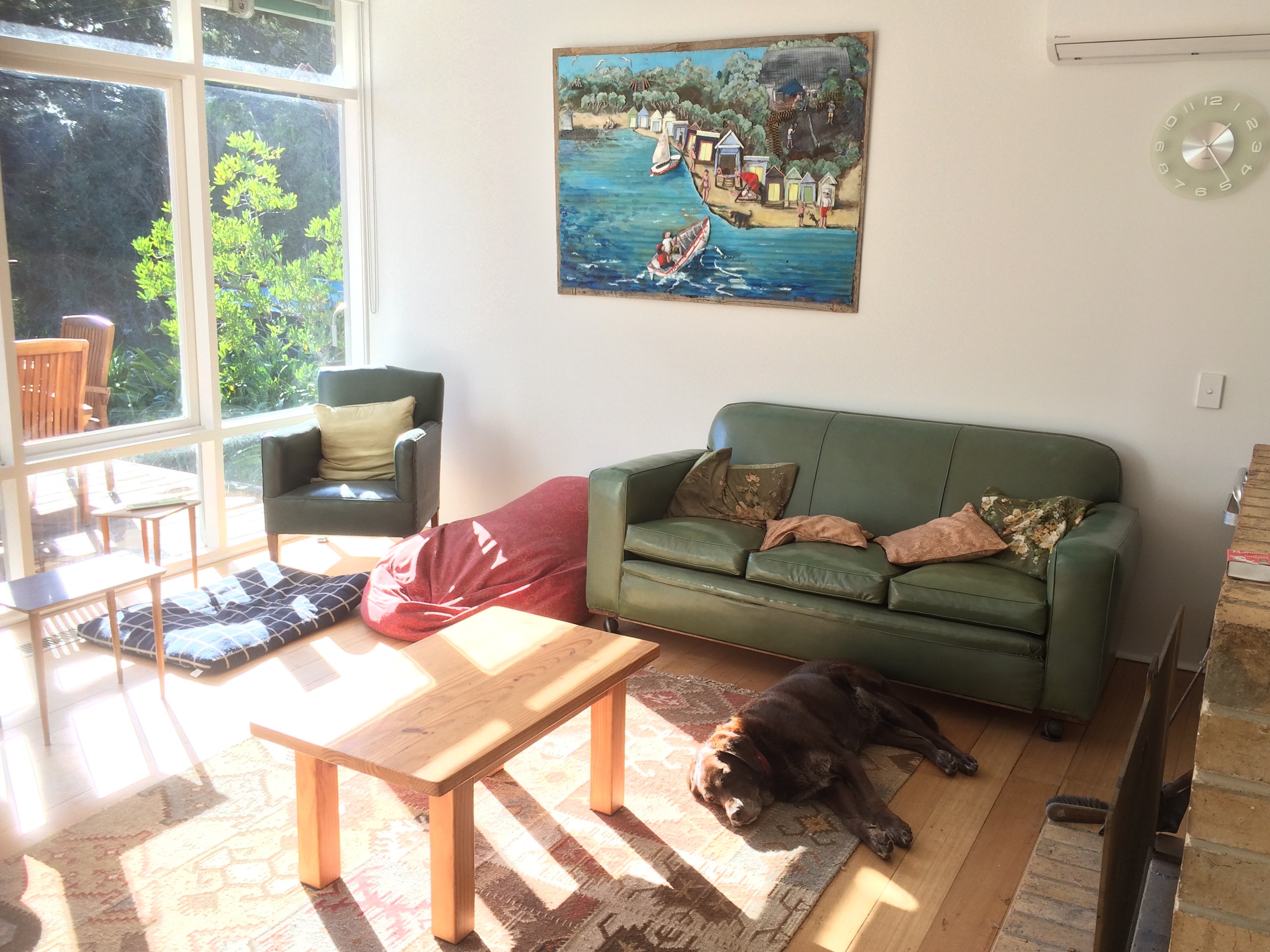 Staying well with a mental illness: powerful lessons from a lifetime

Researcher and author Dr Sarah Russell delivered a powerful speech on World Bipolar Day at Deakin Edge in Melbourne, revealing – through her own personal journey and pioneering research – how people with mental illness can stay well.

It’s a story not just about care and friendship, but about the impact of stigma, discrimination, and systemic failures.

This is an edited version of that speech.

We hear so much about the depressing side of mental illness. The media focuses on the high rates of suicide, homelessness, substance abuse, criminal behaviour and unemployment.

The media ignores many of us with a mental illness who are happy, enjoy family life, friends, work and are engaged with our local communities.

This is my 40th year living with a mental illness. When I was diagnosed, the illness was called manic depression. I was one of the lucky ones. I have a strong family history of manic depression on both my mother and father’s side. I had a double genetic whammy.

So when I first became manic, Mum was quick to diagnose it. My mother literally saved my life: not just by diagnosing my illness correctly. In an era when mental illness was shrouded in shame and secrecy, Mum treated manic depression just like any other illness.

After I was discharged from the psychiatric unit at The Alfred Hospital, I felt so ashamed. I dropped out of university and spent hours in my bedroom hiding from the world. After a month or so, and unbeknown to anyone, Mum completed an application for me to study nursing, even signing the forms on my behalf. Committing forgery is not the behaviour one would expect from a judge’s daughter but it demonstrated Mum’s determination to support my recovery in any way possible.

After this episode, my psychiatrist kept me on lithium.

For 3 years, I neither sat still nor quietly

So I’ll now fast forward to when I was 31 years old. I had been well for over 10 years. I was working as a registered nurse part-time in the intensive care unit at The Royal Melbourne Hospital and completing my Honours Arts Degree at Melbourne University. My partner and I decided we wanted to have a child. When I was first diagnosed, my psychiatrist had told me that I should never have children. So I thought it was a good idea to make an appointment to discuss our parenting desires with him.

In my psychiatrist’s opinion, I had “grown up” (his words) and no longer needed to take lithium. Also, taking lithium was not advised during pregnancy. The big mistake my psychiatrist made was not suggesting I made an appointment to see him in 6 weeks time – to see how I was traveling without lithium. If he had, he would have noticed I was hypomanic.

Years later, I talked with this psychiatrist about not reviewing me after I ceased taking lithium. He checked his notes and then gave me a genuine apology.

To be with a person experiencing hypomania is exhausting. For three years, I neither sat still nor quietly. The illness gave me the energy to clean the house, weed the garden and split the atom, all before breakfast, leaving the rest of the day free for me to save the world. My mind and mouth were in overdrive.

Needless to say, my partner left me. And I threw myself into doing a PhD. To provide some context of just how energetic I was during this period: I do qualitative research. A PhD using a qualitative method usually requires students to have a sample size of somewhere between 20 and 50. I had 572 participants.

The next bit of my story is quite traumatic, so I’ll just give a bare outline. It involves an incident that resulted in me transitioning from hypomania to psychotic mania.

As a result, I spent three weeks as a sectioned patient in Larundel. On one occasion, when I was unsupervised in the shower, a psychotic male patient attempted to rape me. Another memory of Larundel that is etched on my memory forever: the heavily medicated patients lying around, some on couches, some on the floor, while the nursing staff sat in the office observing through a glass window. A few of us paced up and down a corridor, 44 paces in each direction. There was nothing else to do; it was either the couch or the corridor.

Learning how to stay well

A year later, I used the Disability Discrimination Act against Melbourne University. Mediation at the Human Rights and Equal Opportunity Commission resulted in a public apology, financial compensation and an undertaking to educate staff about mental illness and develop policies to support students. Most importantly, as a result of my psychotic behaviour, I lost several friends.

After this experience, I was determined never to be sick again. I learnt to manage this illness just as a person with diabetes must learn to manage her sugar levels. I learnt how to stay well.

Although my stay-well plan includes medication, equally important are my work, friends, local community, laughter, dog walking, sunshine, tennis, sailing, dancing and sleep. I do not take these everyday things for granted — they have made an enormous difference to my ability to live well with manic depression.

I also needed to accept that my mental illness is not a character flaw, personality trait or sign of personal weakness. It is an illness that can affect anyone, regardless of age, race, social class or sporting ability.

In 2002, beyondblue began offering competitive research grants. I applied and, to my surprise, my project: “Staying sane with a stay well plan” was funded. I interviewed 100 people with bipolar disorder who stay well. This project led not only to academic publications but also a book – A lifelong journey: staying well with manic depression/bipolar disorder.

My Stay well plan has been modified over the years. Two things, however, have not changed. The first is taking medication – my stay well plan has always, and will always, include a daily mood stabiliser. It is non-negotiable. The second thing is the importance of my stay well committee – friends who provide ‘outside insight’. They are my safety net.

Craving milk and other steps

I recently had a dreadful encounter with a property developer who purchased the bush block next door to my beach shack. The details are not important except to say that he found out from the internet that I have bipolar disorder. The developer came to my property and was verbally abusive – the essence of his abuse was that I was a madwoman, impossible to deal with because I have bipolar disorder. I am not sure of his logic, but my mental illness meant he does not have to pay for his share of the fence.

I suspect most people would be upset if you were on the receiving end of a five minute very loud verbal spray filled with a lot of foul language. Many people may have a poor night’s sleep. However, this incident led me to have a craving for milk. Craving milk is one of my ‘early early’ warning signs.

Unfortunately this incident with the developer happened on 20 December last year. I knew my stay well plan could not wait until after Christmas. By then, I’d be hospitalised.

I knew exactly what I needed to do. I cancelled Christmas and turned off my computer. When I am feeling a bit high, I can write a 10,000 word essay in one day. This can be very useful given my type of work. However, I had reached the milk craving stage, so this was not the time to write the sequel to War and Peace.

Instead, I spent my days reading novels. I also ensured I had 8 hour sleep each night with the assistance of medication. I have learnt that reading an absorbing novel helps me to stop obsessing about an issue and to think about something else. So it has to be a good novel. By 30 December, I had I read 6 novels.

One of these books was the Music Shop by Rachel Joyce. This was a perfect book because each time a song was mentioned in the book, I would stop reading and listen to it. On one occasion, I lay on the floor (as the character in the book is instructed to do) and listened to the three movements of the Moonlight Sonata. This was certainly preferable to having a breakdown.

Stories like mine fill an important gap in our understanding of bipolar disorder. Rather than focus only on the ‘burden’ of bipolar disorder, it is crucial for health practitioners and policy makers to listen to people who stay well. These stories provide proof that people with bipolar disorder can aspire to full, happy and productive lives.

Despite public education campaigns to reduce the stigma of mental illness, many people remain frightened and misinformed about bipolar disorder. When people in the community realise that people with bipolar disorder can not only get well, but also stay well, attitudes towards bipolar disorder may improve.

Dr Sarah Russell is Principal Researcher at Research Matters and Director of Aged Care Matters. This is an edited version of her speech on World Bipolar Day at Deakin Edge in Melbourne.