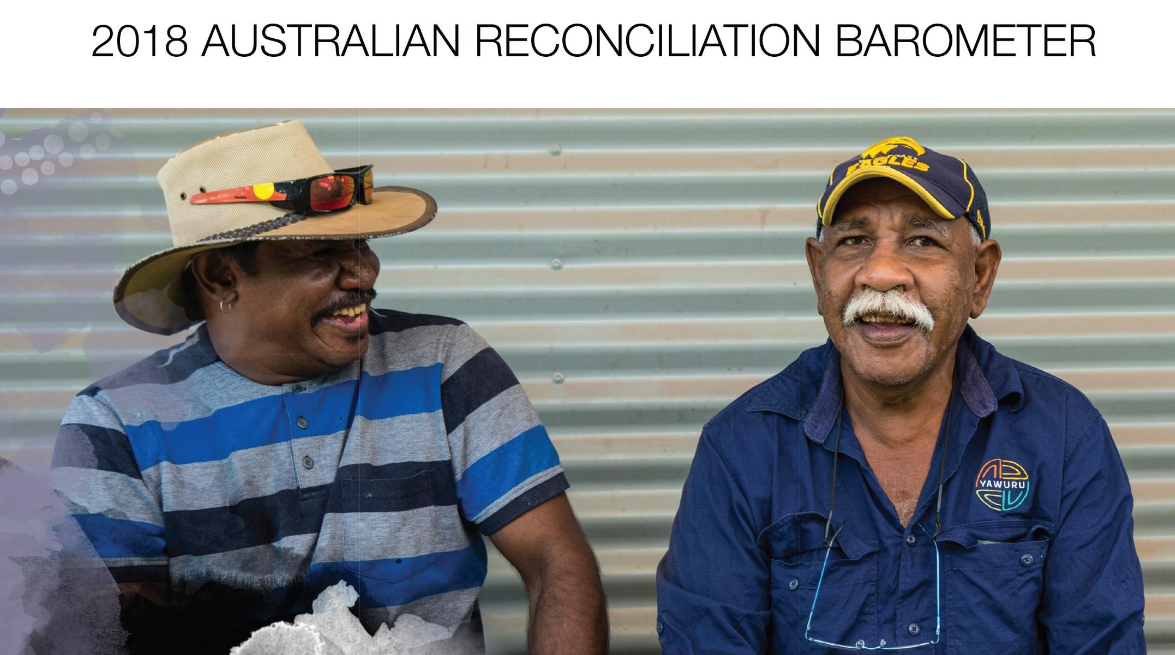 New research is reporting overwhelming support from Australians for a process of truth telling about past injustices experienced by Aboriginal and Torres Strait Islander people.

The 2018 Australian Reconciliation Barometer is the latest report from a national research study conducted every two years by Reconciliation Australia to measure and compare attitudes and perceptions towards reconciliation.

In new questions, it has captured strong support for key tenets of the Uluru Statement from the Heart, which was  rejected by the Coalition Federal Government in 2017 as neither “desirable or capable of winning acceptance”.

That follows announcements late last month by mining giants BHP Billiton and Rio Tinto backing the Uluru Statement as “a chance to create a new chapter in history”.

Disturbingly, however, the Barometer found that significantly more Indigenous peoples (43 per cent) have experienced racial prejudice in the last 6 months than the general community (20 per cent), with the most common forms of this being verbal abuse, being refused entry to a venue or even physical violence.

Of interest to Croakey readers, 7 per cent of Aboriginal and Torres Strait Islander people have felt racially discriminated against by medical professionals in the past six months (14 per cent in the past 12 months), compared to only 1 per cent (or 3 per cent over 12 months) of the general community.

The survey found that Indigenous Australians are also more likely to have experienced racial discrimination recently from police (16 per cent over the past 12 months) and school staff (12 per cent), than the general community (4 per cent and 3 per cent, respectively).

“This significant disparity in daily realities remains a key stumbling block in the relationship and an impediment to reconciliation.”

The Barometer found both the general community and Indigenous respondents largely accept a number of key facts about historical realities and Australia’s past institutional prejudices against Aboriginal and Torres Strait Islander people.

Interestingly, said Reconciliation Australia, the general community accepts a number of key facts at a higher rate than First Peoples’ respondents but the greatest disagreements were over the facts that Australia was inhabited by Indigenous nations at the time of British colonisation, and that frontier wars occurred due to Indigenous peoples defending their lands.

The Barometer found that knowledge of Indigenous histories and cultures in the general community correlates with a stronger agreement that past race-based policies and Australia’s colonial legacy are causes of Indigenous disadvantage. 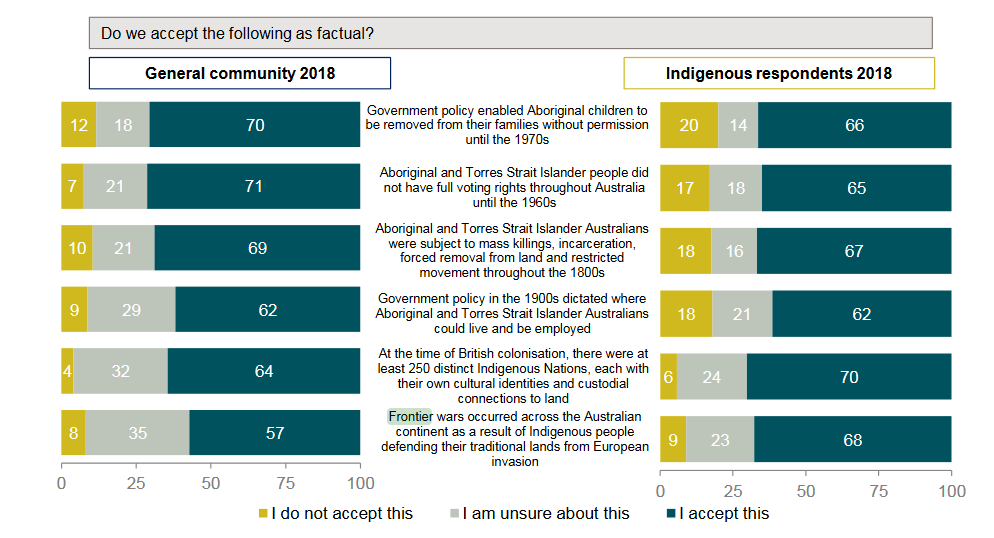 Reconciliation Australia has issued a number of calls to action to improve the health and wellbeing of Aboriginal and Torres Strait Islander people, including:

Croakey readers can read the Summary Report or the Full Report. 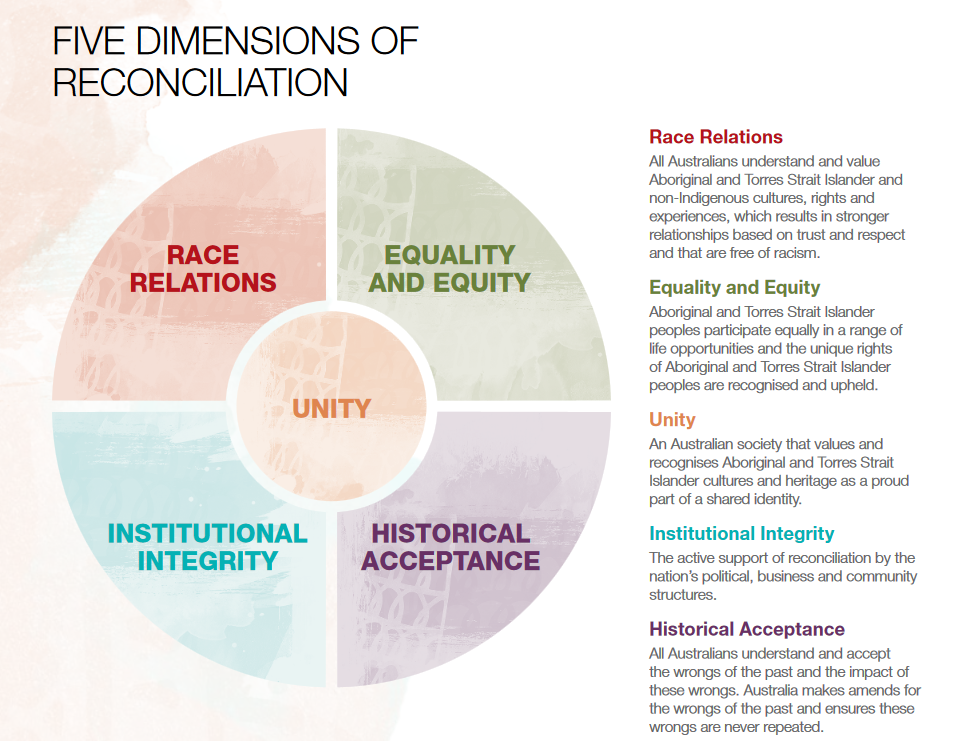 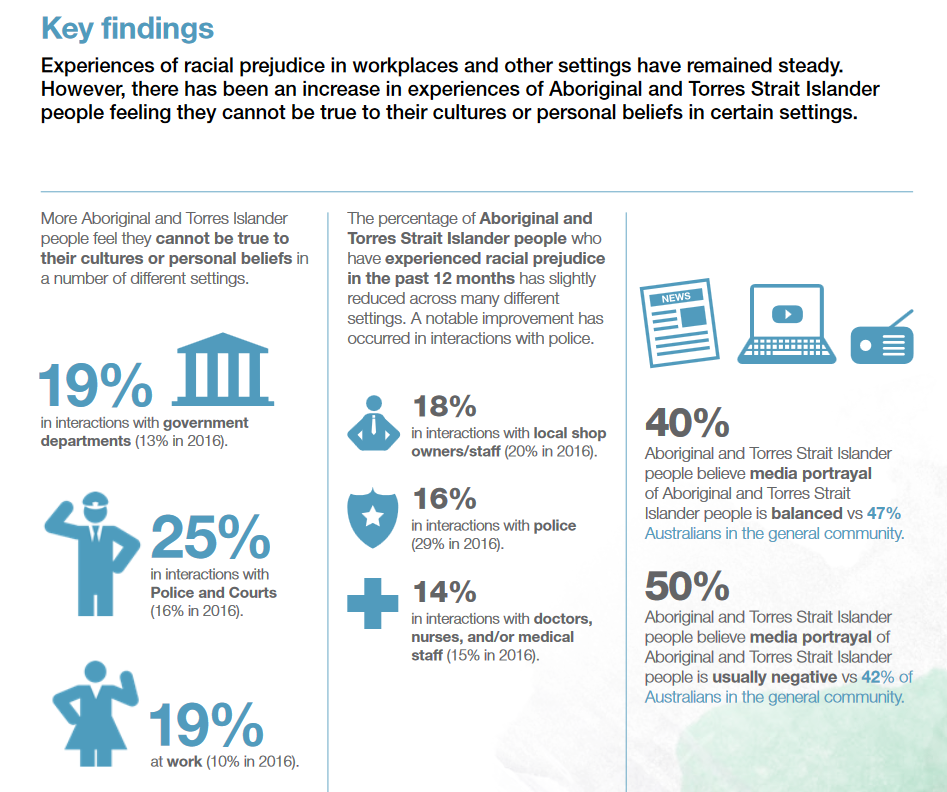