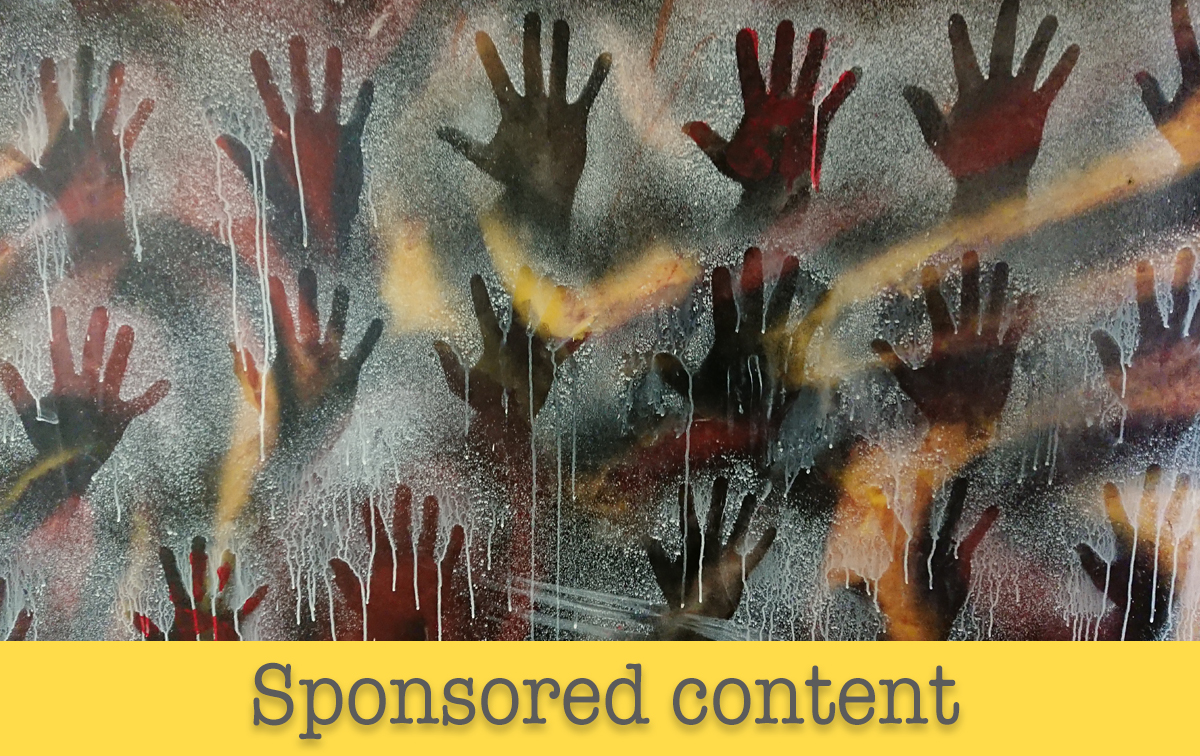 Supporting people back to life: #CommunityControl success stories at Weigelli


Community, mutual respect and connectedness to culture are at the heart of a unique Aboriginal community-controlled rehabilitation service in central western NSW helping people to recover from substance use and families to heal.
This article is published by Croakey Professional Services as sponsored content. It was created in collaboration with the Aboriginal Health and Medical Research Council (AH&MRC) of NSW, which funded the #CommunityControl Success Stories series.

Tucked away on reclaimed farmland outside Cowra, there’s something rather special going on. People who have been marginalised are finding a way back into the life they want to lead.

But it’s no miracle. Here, at the Weigelli Residential Drug and Alcohol Service, understanding, not demonising, is seen as key to confronting problem drug use, with an individual’s context, education and skills viewed as assets to recovery. An unmade bed is not taken as wilful disruption, for example, but considered the act of a person who has, perhaps, never had anyone in their life to show them how.

“We do a lot more than just physically have the person here,” explains Norm Henderson, senior alcohol and other drug worker. “We talk about their whole wellbeing – physical, dental, emotional, grief and loss.”

Established 23 years ago by the local and regional Aboriginal community, Weigelli responded to both a growing local and regional need for a residential rehab, and was a rebuke to the prevailing 12-step treatment orthodoxy. Known variously as ‘The Medical Model’ or the ‘AA approach’, these conventional methods centered and sought to treat the problem drug use rather than the person seeking treatment. Weigelli flipped this on its head.

Jannet Grey is the Aboriginal Mental Health Worker and Caseworker, and along with other community members was one of those concerned and involved in Weigelli’s incorporation back in 1987.

When funding for Weigelli rehab was eventually received through ATSIC in the early 1990s there was heavy resistance, at the time, from local residents, with several attempts at securing a site falling through at the eleventh hour due to an abrupt withdrawal of support.

Not to be deterred, the Weigelli Centre Committee kept the conversation going and were finally able to purchase a small farm outside Cowra, where operations commenced in 1996 and the rehab site remains today.

Weigelli offers up to 18-21 places for a 12-week residential rehabilitation program after people have gone through detox.  With numbers at this level, everyone seeking residential rehab healing treatment gets to have quality time with their case worker in initiating and developing their case/care plan.

“It means we can get to know people well,” says Steven Taylor, the Aboriginal alcohol and other drug worker on the Community and Family Support team. “We can be individually responsive.”

“It feels like one big family”, adds Kerri-Anne Cutmore on reception.

Flexibility and responsiveness are at the heart of what Weigelli do, and a critical factor in their success, explains Sandy Whiteman, leader of the Community and Family Support team.

“Being regimented is not culturally appropriate,” says Whiteman. “There is some space for reflection. People can start thinking and planning.”

This isn’t to say the 12-week program is unstructured. There is a formal evaluation at the six-week mark, and discharge planning starts in week eight. During their admission, residents have to undertake work and chore activities around the site. They are given more responsibility as their stay goes on. When I visit, residents are building a new roof over an outdoor area, under the supervision of a local TAFE instructor. The aim is to equip people with life skills and work skills they can continue to use, says Henderson.

“We create an environment where people feel like they are in a community,” he says. “We’re not chasing people with clipboards and questionnaires.”

How this works in practice soon becomes apparent.

“Hello,” I say to one person who approaches as I am shown around the site. He tells me his name, and I ask, “So, what do you do here?”

“I am one of the residents,” he responds with a smile. There’s not a clear hierarchy between staff and those receiving treatment, because everyone subscribes to the community view. As we chat, he shares many of the same benefits I’ve already heard from several of the staff.

Over lunch with the staff and residents, the sense of community and mutual respect is palpable, with the same kind of collegial banter and good humour you’d expect in any workplace. 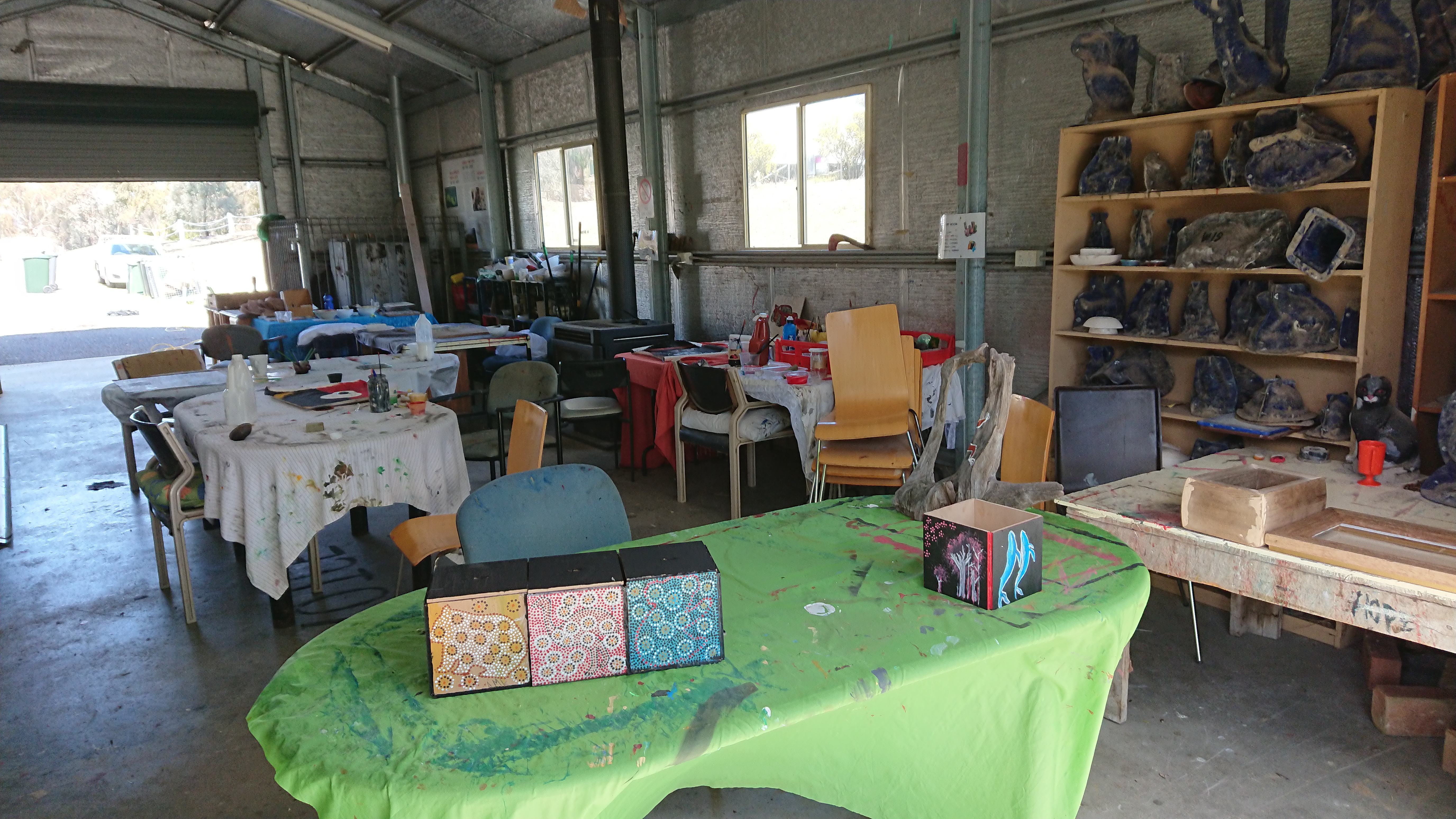 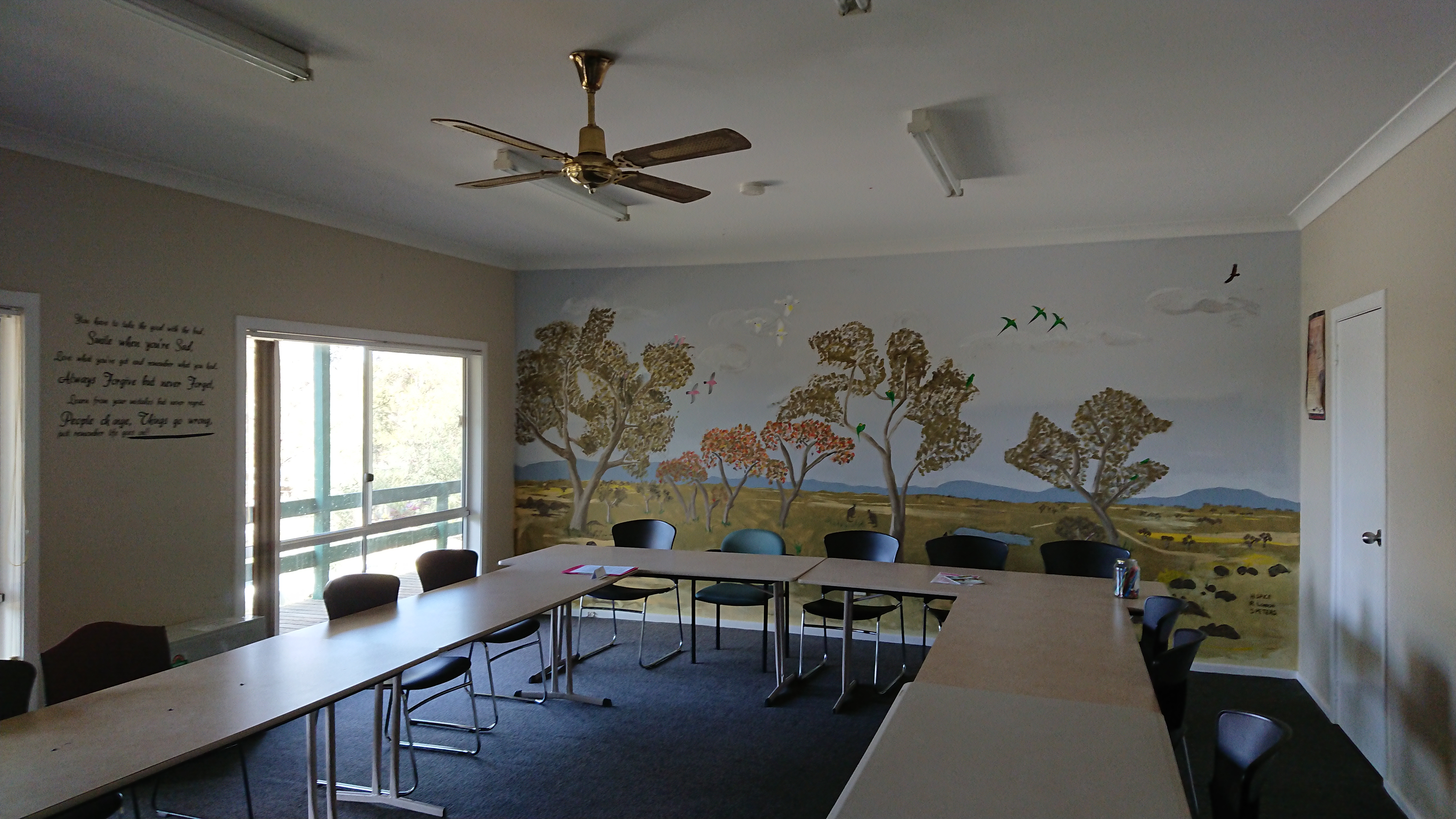 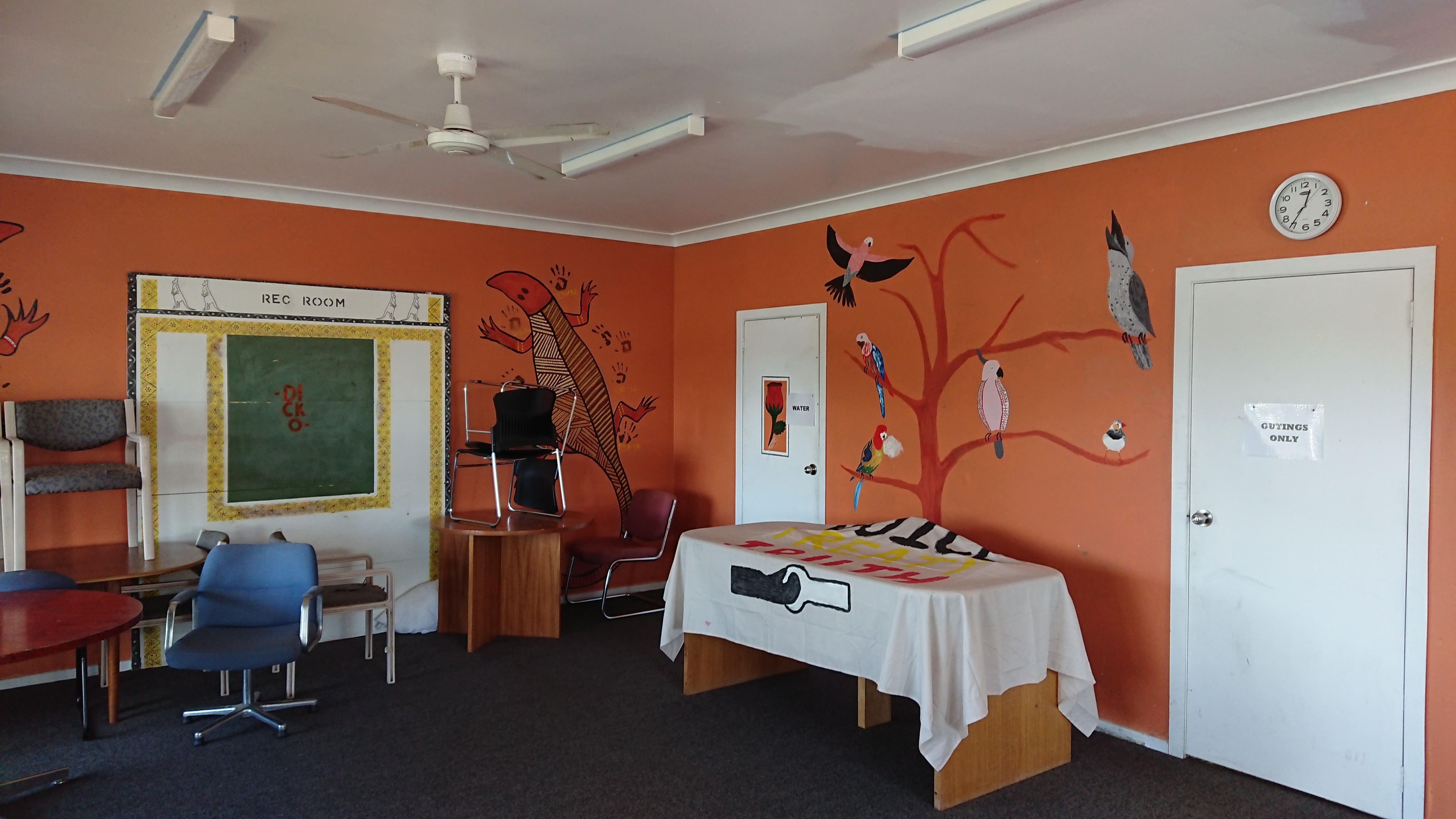 There’s frustration about the environment that people go back to after rehab. There aren’t interventions available for other family members and there is no network of safe houses for people to go back to. The ongoing impacts of trauma are significant; Henderson tells me 1 in 2 of the women and 1 in 3 of the men have been sexually abused.

“Even three months clean and sober is a win, though,” he says. “It gives them a rest, and it gives family a rest.”

There’s an understanding that attachment to culture is important in recovery, and it suffuses the program, with Weigelli’s Aboriginal staff playing an essential role. Celebrations peak in NAIDOC week, with a march, cooking of bush breads and other traditional foods, cultural site visits, art workshops and activities to mark men’s and women’s business. The service also remains accountable to the local community through its board of Wiradjuri elders.

“Many of our residents don’t know where they are from,” says Taylor, reflecting on the importance of belonging, of place. He takes me to a beautiful spot he and the residents have crafted on the grounds for outdoor cultural activities, a trail wending through eucalyptus trees to a circular meeting area, with a separate path out.

As a rehabilitation service, KPIs remain a necessary evil, tracking progress against conventional treatment metrics. But the success stories I hear can’t be measured with statistics.

It is the mother with a 20-year addiction who first came in with her partner. He is now in custody, but she is working and has access to her children. The man who celebrated his 45th birthday in rehab and cried as the residents and staff brought him a cake and sang Happy Birthday, because it was the first time anyone had done that in his life.

It is the couples who turn their lives around and get their children back in their care, becoming a whole family again.

Norm Henderson says it best of all:

“We love people back to life.” 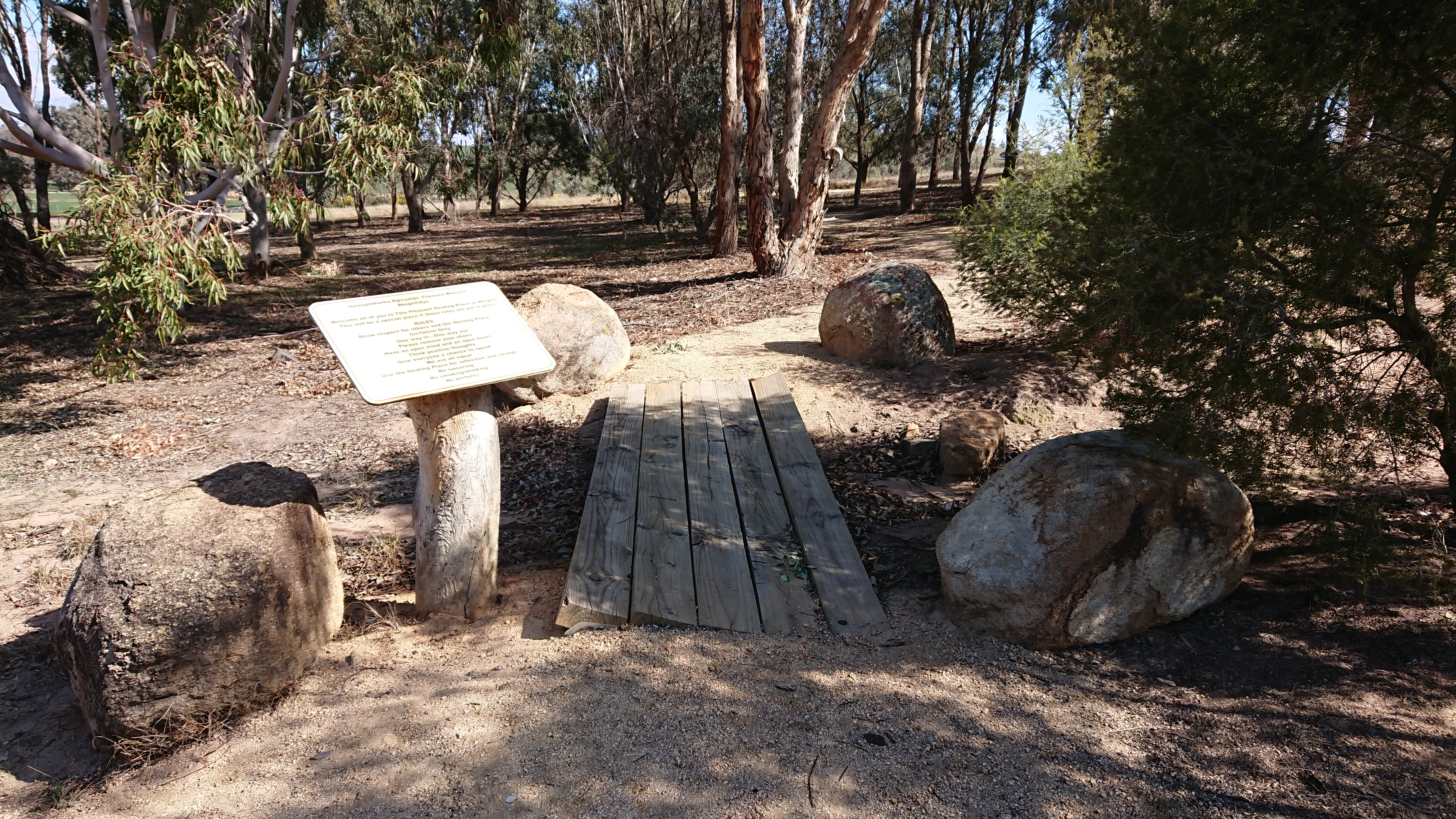 Jannet Grey is a fine example of the diverse roles taken on by Aboriginal Health Workers. In her current position, she supports and counsels residents, helping them to problem-solve and identify their strengths, as well as planning and coordinating activities for the groups, in conjunction with the rest of the team. A respected local Elder, Grey has been part of the community for many decades, with vital connections to local people and culture. Along with other concerned community members, she was instrumental in Weigelli’s establishment, recognising that there was a need for residential drug rehab that wasn’t being met by mainstream services. While her job title is Aboriginal Health Worker, Grey’s achievements at Weigelli are a continuation of her life’s work, doing whatever is required to serve the needs of her community.

Steven Taylor is an Aboriginal Health Worker whose influence extends across every activity at Weigelli. He works through the 12 week program with residents, and sits down with them to prepare for their return to the community. After discharge, he stays in contact with residents for as long as necessary through Facebook Messenger, so he hears firsthand about their setbacks and successes. Taylor is connected to the local community and culture, and arranges the Weigelli NAIDOC celebrations. He has crafted an outdoor cultural meeting space among the eucalypts on the grounds.Taylor sees reconnecting people to culture as a central part of their recovery. “This isn’t about staff and residents,” he says. “It’s about everyone learning together. Everyone is learning and developing.”

This article was written by Tim Senior and edited by Amy Coopes, on behalf of Croakey Professional Services. It was sponsored by the Aboriginal Health and Medical Research Council (AH&MRC) of NSW, which had final say over the content.