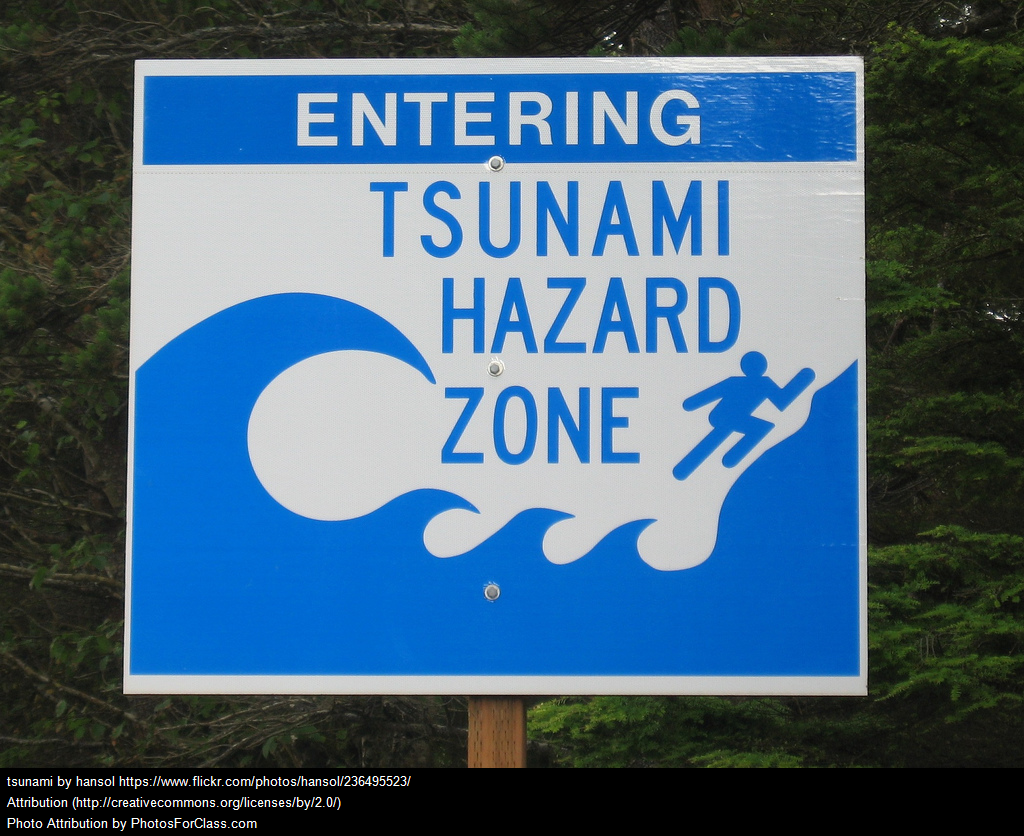 Taming the tsunami of too much medicine

EDITOR’S NOTE: This post has been updated to include the latest comments from Health Minister Sussan Ley and the RACGP

Lots of reaction kicking about to last night’s controversial Four Corners episode on waste in Australia’s health sector — this piece from Ray Moynihan, reproduced in full below, summarises some of the thinking nicely.

Stacy Carter has an interesting perspective on the ethics of overdiagnosis, and this piece ’15 Things Good Doctors Should Avoid’ by Dr Justin Coleman has been circulating.

Four Corners has released a background briefing detailing its headline figures, helpful links and a reference list. Let us know your thoughts.

Meanwhile, the Department of Health is inviting comment  on its review of the Medicare Benefits Schedule, welcomed Tuesday by the Australian Healthcare and Hospitals Association.

AHHA chief executive Alison Verhoeven said Four Corners had highlighted “some areas of low-value care which are worthy of further investigation” but warned it was not the only game in town.

She said review of the MBS ought to consider the work of Choosing Wisely and called for the separate Primary Health Care Advisory Group reforms to consider payment methods:

“While the Medicare review specifically precludes the addition of new items to the MBS, the separate work of the Primary Health Care Advisory Group should give consideration to payment methods in primary health care across both general practice and allied health which support coordinated care management.

“The processes for review should be undertaken with broad consultation, and with due diligence – the multiple review processes being undertaken across a range of areas in health at the moment create a risk of fragmented responses, poor communications with key stakeholders, and even poorer decision-making. This will neither be helpful to governments looking for budget savings, or for ensuring that Australians have access to a high quality, safe and affordable healthcare system.”

Health Minister Sussan Ley has hit the proverbial hustings, urging a “peaceful and constructive national conversation about how to fix the system for health professionals and patients” following the Four Corners report.

“Whether or not you agree with the content of last night’s program is not the point,” she writes.

“The point is there is clear evidence demanding a national debate about how best to deliver – and fund – contemporary clinical practice for Australian patients through Medicare. To ignore it would be a mistake.”

According to Ley, a whopping 97% of the 5,700-odd items on the MBS (average age: 19 years) have never been reviewed to determine whether they are clinically effective, cost-efficient or safe.

She goes on, seemingly at odds with AHHA’s Verhoeven:

“To be clear, this review has the ability to recommend new and amended items to replace outdated procedures. That’s why I have been upfront throughout my dealings that if efficiencies are found they will be divided between investment in new treatments and addressing the budget bottom line so we can keep Medicare sustainable.”

Ley denies she is at war with doctors, and has called for a “mature conversation about building a healthier Medicare”.

The College of GPs echoed Ley’s calls for a “constructive and solutions-focussed debate” but rejected criticism of fee-for-service as “extreme”. Here’s RACGP president Frank R Jones:

“It is important to bear in mind that Australia already has a strong health system compared to other OECD countries, with comparatively low health spending and strong health outcomes.”

“There is no international evidence that ‘pay-for-performance’ systems improve health outcomes or reduce health spending.”

“We do not need to import failed health systems from overseas. We need our own solutions for our own health system. Australia is known worldwide as a country of innovators and health is an area that deserves our full attention to build a solid social and economic future.”

“The RACGP supports a system-wide approach to reform involving the government, GPs, specialists, other health professionals, and patients. However, this cannot be about assigning blame or fighting over ownership.”

Costly and harmful: we need to tame the tsunami of too much medicine

ABC’s Four Corners program on waste in health care didn’t pull any punches. “Many common treatments are often unnecessary, ineffective, or worse still harmful,” said presenter Kerry O’Brien, introducing a special investigation narrated by long-time ABC health reporter Dr Norman Swan. “Waste runs into tens of billions of dollars a year – much of it due to overdiagnosis and the ill-advised treatments that follow.”

For those who missed it, last night’s program focused on several high-cost areas of health care where the evidence suggests that too much medicine is doing us more harm than good: knee pain, back pain, chest pain and PSA (prostate specific antigen) screening for prostate cancer.

The program’s key targets were sophisticated and expensive medical tests – such as computed tomography (CT) scans and magnetic resonance imaging (MRIs) – being ordered in ever greater numbers, often unnecessarily. In the past ten years for example, GPs have increased their test ordering by more than 50%. This equates to around four million extra tests a year.

While it might seem like common sense to want to take a test to see what’s wrong, the problem is that test results can often be misleading and unhelpful – and can start a cascade of further unnecessary tests and treatments.

Take knee pain, for example. In the Four Corners program, Professor Rachelle Buchbinder explained that if you give MRIs to healthy people who have no knee pain, you will still find “abnormalities” in their MRI results. This is partly because of the normal wear and tear associated with ageing.

“A picture in medicine does not always tell a story – a positive test may not mean a thing,” said Swan. “We’re getting a whole lot of knee scans that we don’t need and which cause us risk and expense.”

Arthroscopies are needlessly performed for osteoarthritis of the knee. Laundry Broad/Flickr, CC BY-NC-ND

The knee example gets worse.

The unnecessary MRI might show some “abnormality” with the knee which has nothing to do with your pain, but is worrying enough to land you with an orthopedic surgeon who recommends and performs an arthroscopy.

One criticism of the Four Corners program is that almost all the interviewees shared the view Australia is doing too many tests and treatments, and urgently needs to wind them back. We didn’t hear anyone take the view we need more medicine not less.

To counter that criticism, and in defence of the program, one of the important roles of investigative media is sometimes to take a perspective and run an argument. There’s undeniably mounting evidence of overuse and overdiagnosis, and the scientific credibility of those interviewed was impeccable.

Take Dr Robyn Ward, a cancer specialist and chair of Australia’s Medical Services Advisory Committee, which uses an evidence-based approach to assess new tests and procedures. “Often the best medicine is no medicine at all, or the best intervention is no intervention at all,” said Ward, who sees Australia’s fee-for-service system, which largely rewards doctors for throughput, as one of the drivers of excess.

Another interviewee was Associate Professor Adam Elshaug, who has produced internationally respected work on what’s called “low-value care”. His landmark article, published in the Medical Journal of Australia in 2012, listed scores of tests and treatments that are being overused or misused.

A third of health-care costs squandered

One of the key claims in the Four Corners program was that almost a third of the money being spent on health care is “squandered”. If you include everything we spend, that’s potentially A$46 billion a year wasted.

While this may well be the case in Australia, it’s perhaps worth pointing out that this estimate arises from studies in the United States.

A key paper in the Journal of the American Medical Association in 2012 estimated that total health-care waste in the US – including overtreatment, fraud, administrative complexity and other flaws – accounted for between 20% and 50% of the total cost of health care – with the midpoint estimate being 34%. Hence the one-third figure.

To my knowledge, there are as yet no similarly rigorous estimates of waste in Australian health care.

Where to from here?

The federal government is running a major review of all tests and treatments covered by Medicare, with consultation papers released on the weekend.

According to those documents, a key objective of the review “is to eliminate the funding of low-value or inappropriate health services — that is, treatments, procedures and tests which are of little or no clinical benefit, through overuse or misuse, and which in some cases might actually cause harm to patients”.

Apart from the harms, there is also the tsunami of rapidly rising costs of health care, due in part to ageing, in part to more expensive pills and technology, and in part to overdiagnosis and overtreatment.

The national review is expected to report in coming years – though likely only after complex horse-trading over many of the 5,700 items on the Medicare schedule, as doctors debate exactly what is appropriate and what’s not.

Believe it or not, doing nothing is often the best medical care you could get.

Who knows, maybe the tide of too much medicine is turning. But can a tsunami can be tamed?

Piece originally appeared in The Conversation.