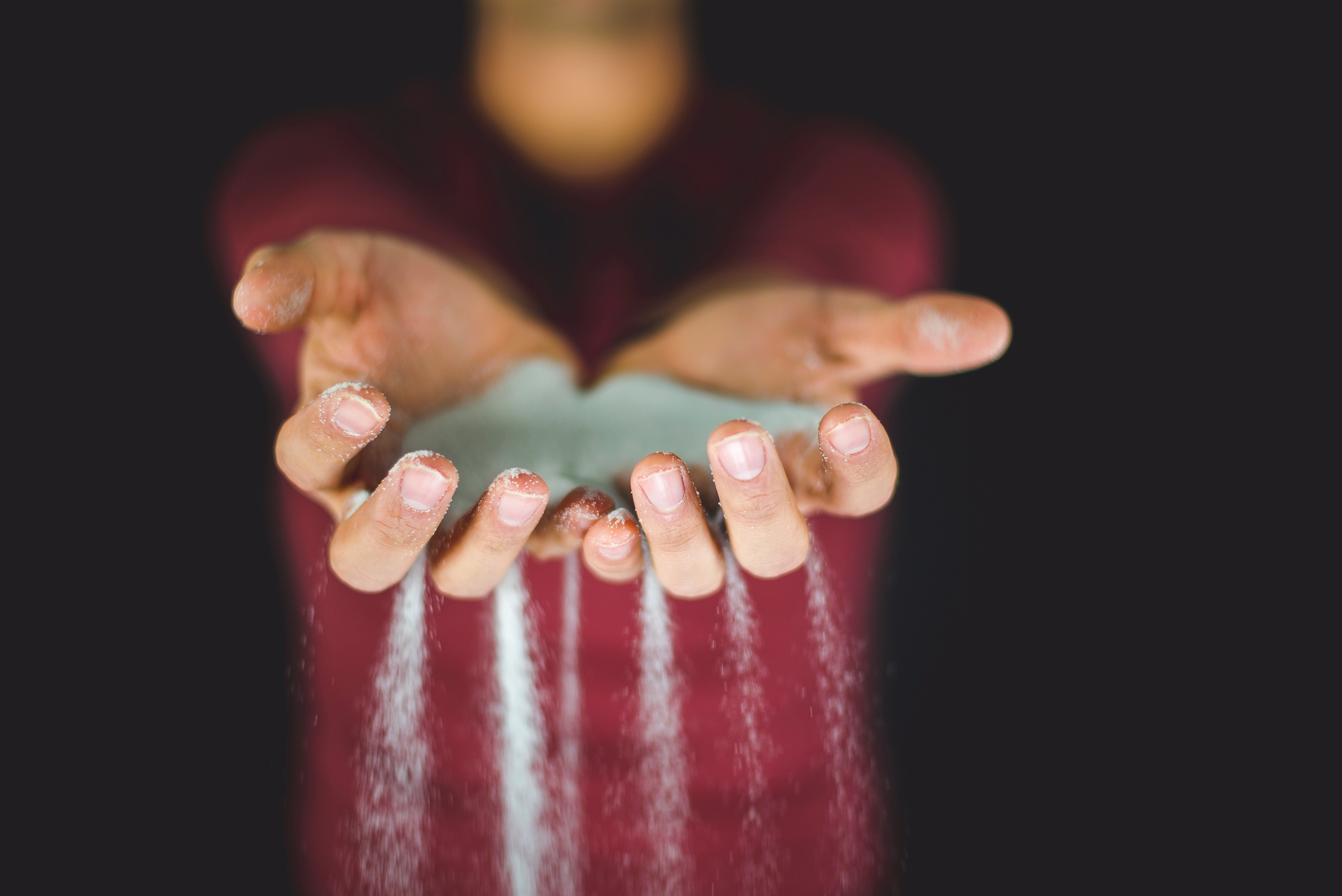 The Australian Taxation Office (ATO) is reportedly in “overdrive” with inquiries and an unprecedented flow of early tax return lodgements from people seeking to claim some of their share of the $158 million in tax cuts.

Last Friday, the MyGov website, which acts as the main portal for all government services including welfare and medical claims, crashed under the barrage of tax-related traffic.

But, while many Australians seem to have embraced the cuts (or at least pragmatically accepted them), others have pointed out that, when we divert billions of dollars from government coffers, it could create a “substantial impost” on the budget.

And that means an impost on the government’s future ability to fund services and programs that are in the public interest.

Last week, at Croakey, Amy Coopes did some of the maths, compiling a list of “lost opportunities.”

The media has been quick to highlight what the tax cuts mean in hip-pocket terms for ordinary Australians, but the real question is what these cuts mean in terms of services, support, and projects that will be lost or never realised.

Drawing on the Parliamentary debate and policy platforms and costings, we’ve compiled a list of the $158 billion in lost opportunities green-lighted by the 46th Parliament. We’d love to hear your suggestions on anything we have missed.”

To encourage you to join this conversation, Croakey’s Creative Director, Mitchell Ward, has developed two handy infographics based on Amy’s calculations.

We’d like to develop a third one, or even more, so please consider and share these, and help to add to the list. What else could we have paid for with an extra $128 million in government revenue? What “dreams that we dared to dream” will now be less likely to be realised? 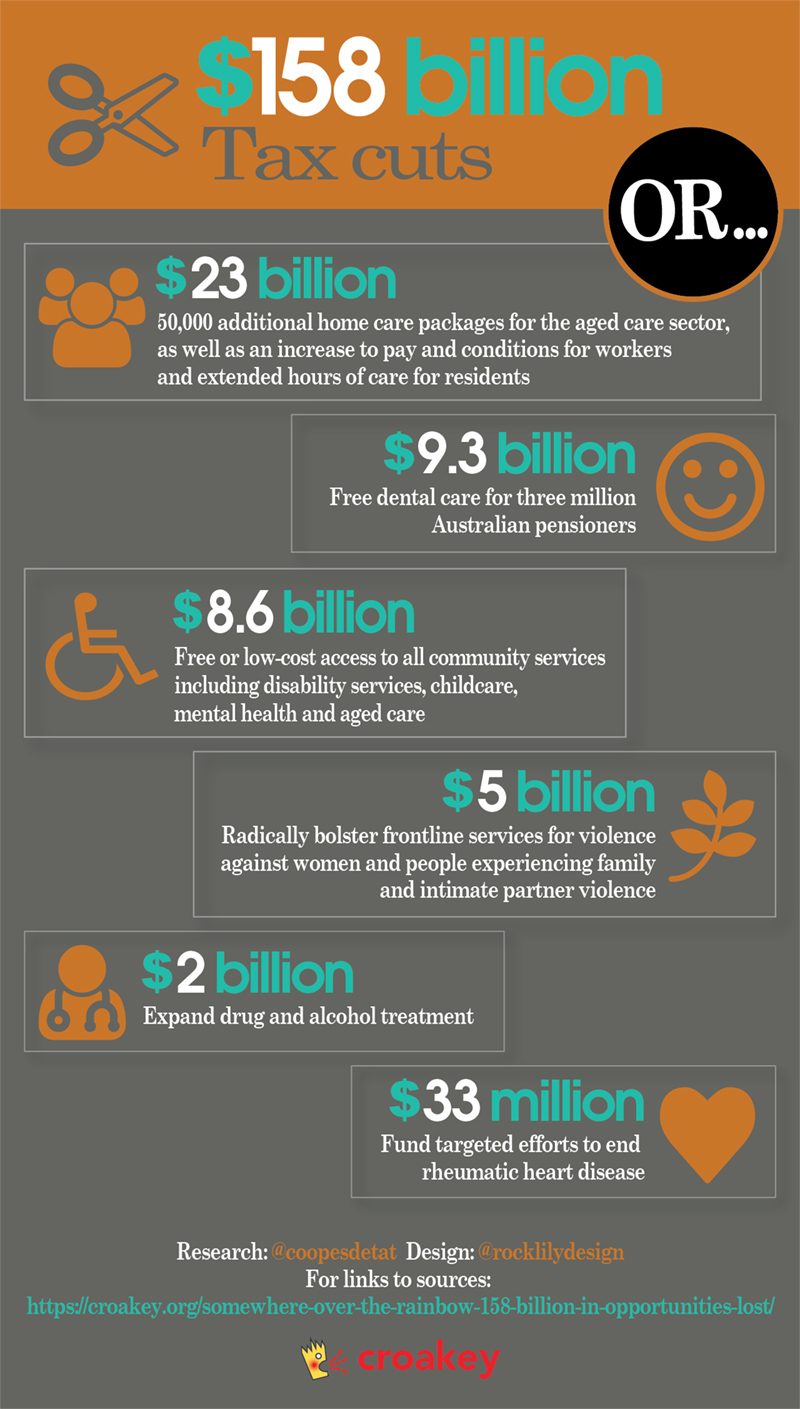 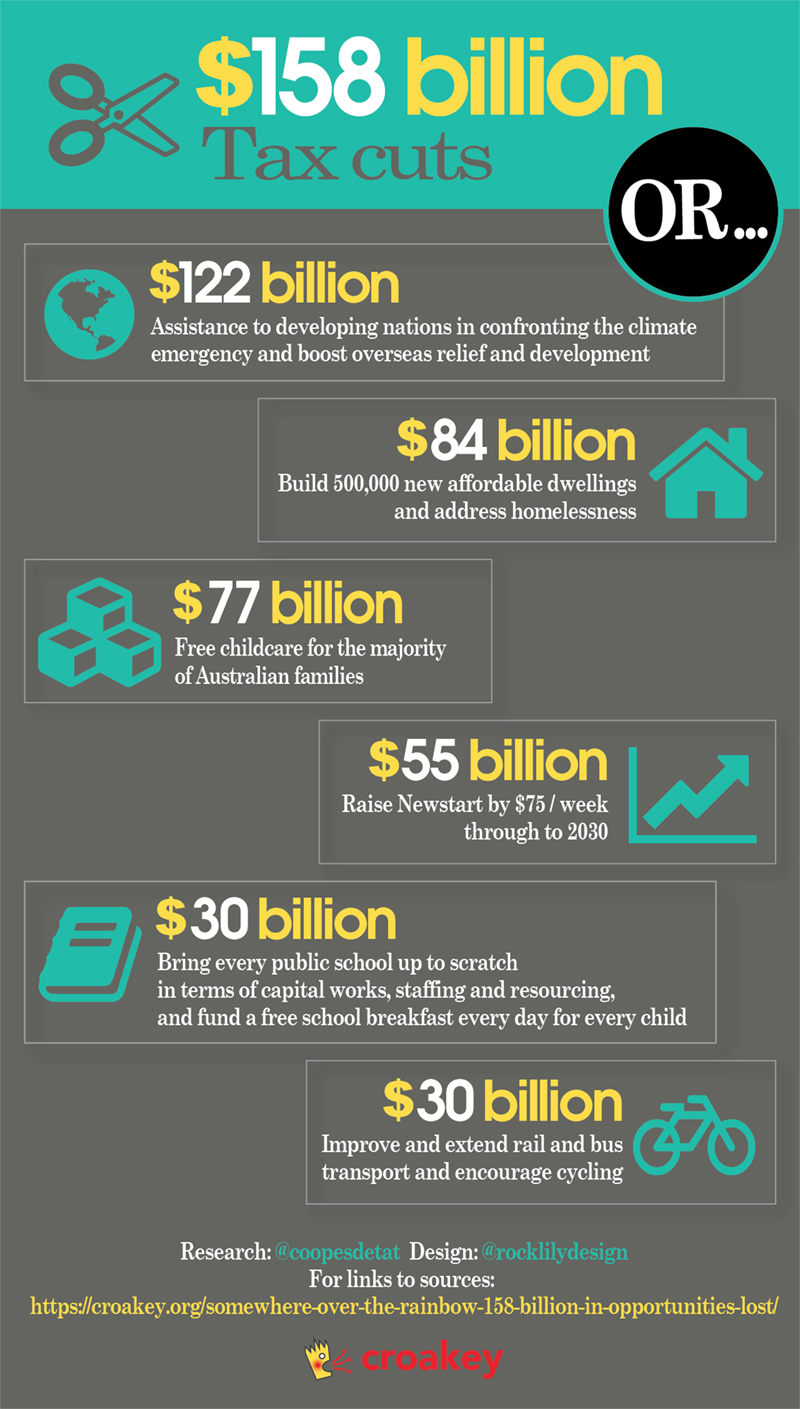 Leave your ideas in the comments section or ping us on Twitter to be part of the conversation.