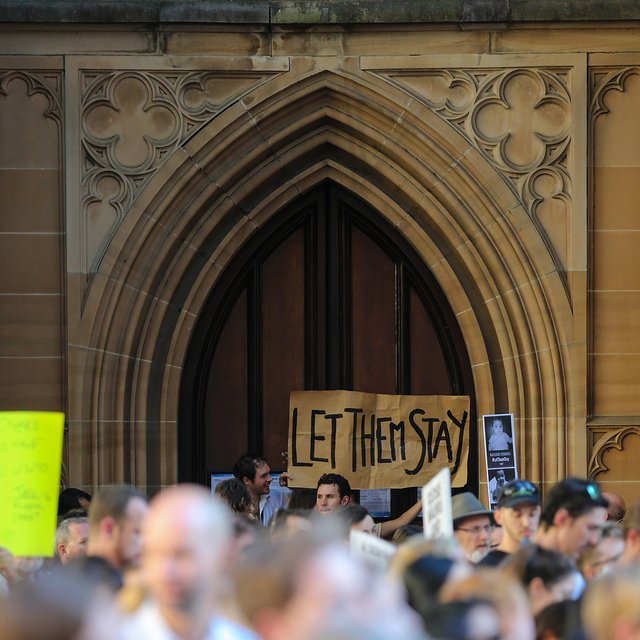 Ten things Australia can do to be a human rights hero

Sunday is Human Rights Day. December 10 marks 69 years since the United Nations General Assembly adopted the Universal Declaration of Human Rights on December 10, 1948. With the 70th anniversary coming up in 2018, the UN has launched Stand Up 4 Human Rights, a year-long campaign to bring the ideals of the declaration closer to reality.

As a leader in the framing of the UN declaration and one of the world’s oldest democracies, Australia prides itself on its commitment to democracy and human rights. The Australian government has an excellent opportunity to show leadership in promoting these values at home and abroad when it takes up a seat on the UN Human Rights Council from 2018.

In this role, Australia has pledged to be “an international human rights leader” and to advance human rights with “active, practical advocacy, sensitivity and fairness, and a willingness to speak out against human rights violations and abuses”.

What can we do to strengthen our human rights framework?

Democracy should generate protection for human rights through accountability mechanisms that work across three axes:

There is no clear-cut nexus between Australian democracy and human rights across these areas of accountability. And the conditions necessary for each form of accountability to operate successfully are not as strong as is generally assumed.

Accountability mechanisms are often overshadowed by parliamentary supremacy in our version of Westminster democracy. This leaves many citizens vulnerable to rights infringements.

A core weakness in Australia’s vertical accountability is the lack of an entrenched or statutory bill of rights. This leaves the executive and legislature with primary control over human rights determinations.

Voters decide who these legislators are and can change them at elections if they are unhappy with their decisions on rights issues. History suggests voters have indeed punished governments that fail to act on majority rights concerns.

However, protection for minority rights, and the rights of Indigenous Australians and refugees in particular, do not attract sufficient support at the ballot box. Not surprisingly, government policies reflect this electoral reality.

Without a bill of rights, minorities and others whose rights are threatened also have limited capacity to trigger horizontal accountability mechanisms for protection. Aside from some exceptional rulings, such as the High Court’s implied rights determinations, Australian judges have generally been reluctant to read the law broadly to incorporate rights.

Further, the Australian Human Rights Commission has a limited mandate. It is also vulnerable to funding cuts and political attacks when government perceives the commission to have overstepped its mark. These deficiencies have become more obvious in recent years with the rise of the “security state”.

Diagonal accountability mechanisms, including a free press and civil society, have been able to flourish in Australia. Even so, there are major limitations to their ability to pursue rights concerns. We have seen increasing media concentration, funding cuts to public broadcasters and the extension of legislative restrictions on civil society.

Such developments reduce the potential for these democratic actors to bring problems to light and inform governments and voters about rights issues.

Unless or until Australians decide to support greater rights protections, whether through constitutional or legislative action, these problems are likely to remain.

Fixing these problems is important. This is not only because human rights are important in themselves, but also because democracy requires a basic level of respect for human rights to function properly.

Ten things Australia can do to protect rights

With Australia becoming a member of the UN Human Rights Council, it is more important than ever that we get our own house in order, if we want to be a model for good democratic practice underpinned by a strong human rights framework. 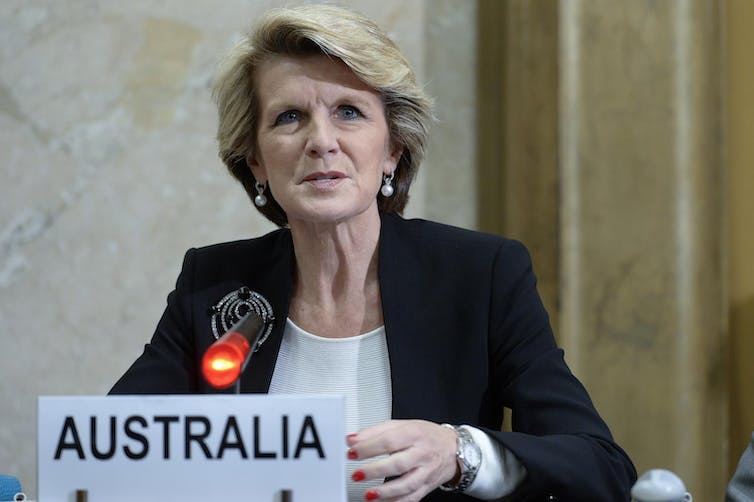 Having secured a seat at the UN Human Rights Council, Australia needs to get its own house in order. UN Geneva/flickr

Here’s a start: these ten broad steps are eminently doable. While not covering all the gaps, these will get us a long way toward more robust human rights protection in Australia.

1. Adopt a bill of rights

3. Protect the rule of law and integrity institutions

4. Protect the right to vote