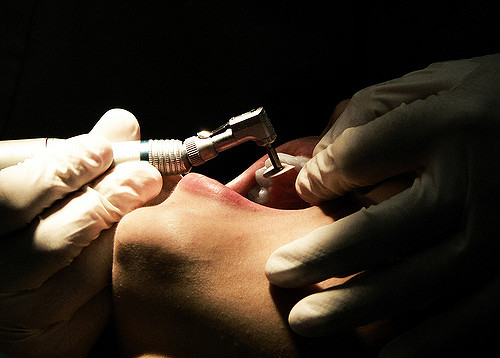 It’s woefully underfunded by governments and receives little attention in discussions around Closing the Gap, despite being a leading cause of preventable ill-health.

In this piece for the Public Health Association of Australia‘s National Public Health Student Think Tank Competition, run in conjunction with the PHAA’s recent national conference, Olivia Di Prospero from the University of Western Australia argues that oral health must be a priority in addressing disparities in Indigenous wellbeing.

This is the final installment in our #UnmetNeedsInPublicHealth series, drawn from the PHAA essay contest. You can read the other entries here.

Dental disease is generally viewed as being largely preventable, and yet Aboriginal peoples experience it more frequently than non-Aboriginal people. Despite recent efforts under the Closing the Gap framework, it is necessary to acknowledge that the intergenerational trauma and disadvantage experienced by Aboriginal peoples is still very relevant when examining Aboriginal health today.

Oral health in Aboriginal peoples is self-reported as being important, yet is frequently compromised due to factors influenced by policy, organisational practices, limited education about prevention, prohibitive costs, high exposure to sugary products, and discrimination. Research shows that Aboriginal children have on average twice as much decay relative to non-Aboriginal children in both deciduous and permanent teeth, and at a greater level of severity. This statistic remains true even when social disadvantage and rurality are accounted for.

Poor oral health can have a huge impact on welfare; it influences physical appearance, speech, diet, taste, social life and feelings of one’s own personal wellbeing.

Experiencing pain and discomfort can lead to missed days at school or work, disruptions to eating and sleep, hospitalisations, high treatment costs, poor nutritional uptake and disrupted metabolic processes. Children that have been identified as having a poor oral health status have been shown to be more likely to miss school due to pain, and they tend to perform poorer academically.

Oral health is directly related to other health outcomes: chronic disease, disability, and general health problems that may cause or worsen poor oral health . This is often due to the sharing of common risk factors between oral health disease and other chronic diseases.

Public health leadership is essential in order to address the barriers to preventative dental care that have been identified by Aboriginal peoples during focus groups.

Policy change to improve access to oral health services is needed. While Medicare covers some emergency and childhood dental, access to general dental is still not possible for many due to the associated costs. A subsidy scheme similar to the Pharmaceutical Benefits Scheme allowing those who fit the criteria to be able to access general dental through concessional co-payments, would be one step towards making oral health a realistic priority for all Australians.

If general dental becomes available to more citizens then it must be ensured, through public health leadership, that services are culturally appropriate.

Respect for Aboriginal heritage and culture has been identified as an important element in implementing community-led collaborative oral health services in Aboriginal communities. Involving Aboriginal communities through consultation and collaboration has been cited as the primary reason for the success of previous health interventions in such settings, ensuring that the experiences of the community are heard and that they have the opportunity to actively involve themselves in all phases of the process.

Despite such evidence of positive outcomes, involvement of Aboriginal communities in health initiatives has historically been inconsistent.

One study based in a First Nations school in Canada where children ate and grew their own vegetables showed an increase in preferences for fruit and vegetables over the same period. Importantly, self-reported dietary behaviours did not change at home, highlighting the importance of family participation and community involvement.

Through addressing the issues of prohibitive costs, culturally appropriate services and lack of prevention education, public health leadership has the opportunity to make a significant difference to the oral health status of Aboriginal people.