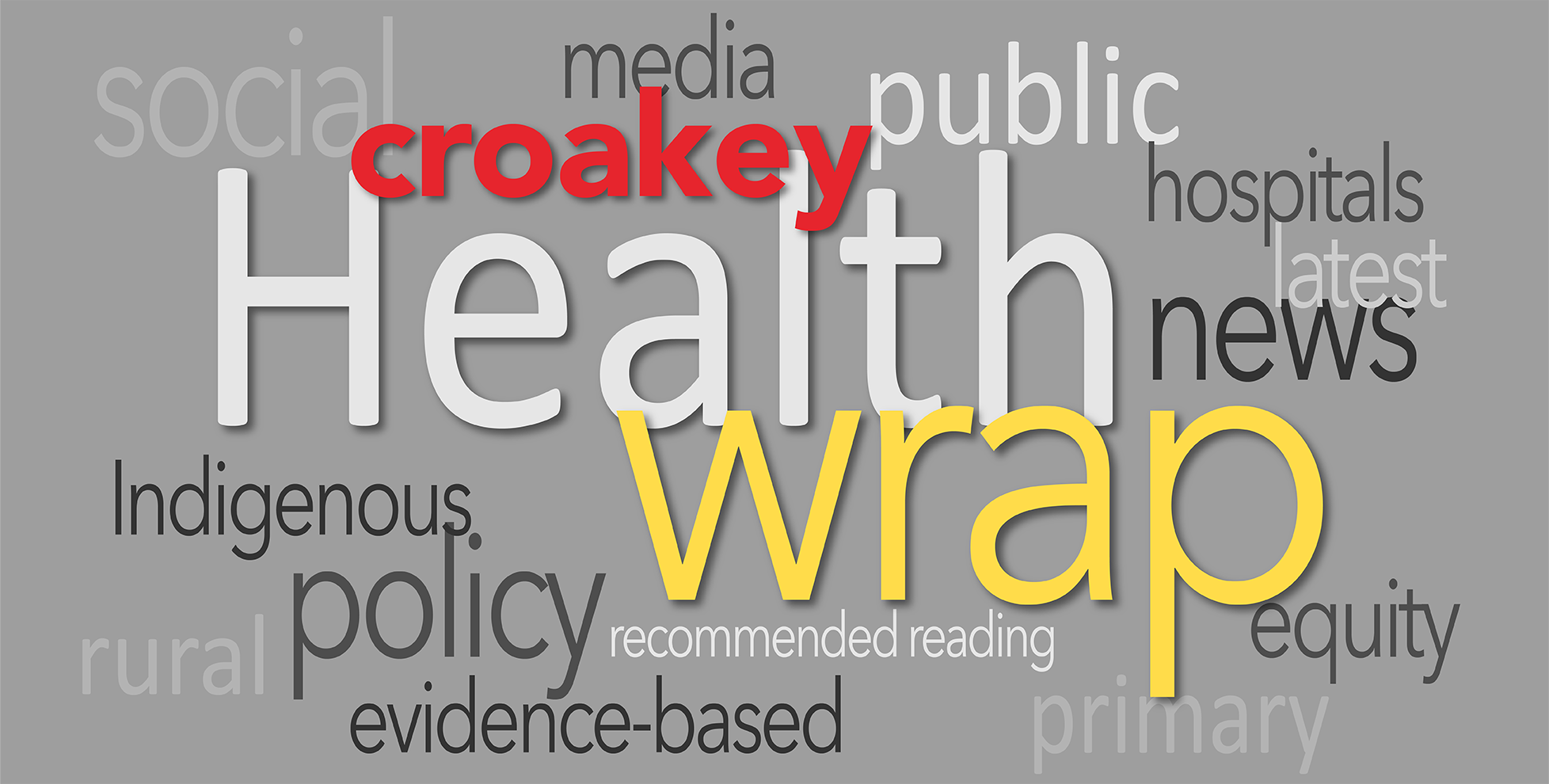 This fortnight’s Health Wrap, compiled by Sax Institute Publications Manager Megan Howe, takes a look at how the media covered three of the top public health stories that have been making headlines over the past fortnight.

Enjoy this new format of the wrap and don’t forget to tweet us @SaxInstitute if you have any feedback on the changes to The Health Wrap, or ideas you’d like to share.

Australia’s “horror” influenza season continues to make headlines, with further news of flu-related deaths, hospitals struggling to cope and questions raised about the efficacy of the flu vaccine.

As detailed in the Huffington Post, there have been 121 flu-related deaths in Victoria’s aged care system and more than 14,000 notifications of flu this year in Victoria – double last year’s figure.

The Australian (paywalled) reported that the Victorian health system was “buckling under the pressure of the flu epidemic”, prompting the State Government to announce a $115 million funding boost to help hospitals cope with the influx and ensure patients with flu progress through emergency departments more quickly.

I’m not without hope that the Commonwealth is going to look at this and we’re obviously going to continue to advocate … about greater universality, particularly for kids under five.”

The Daily Telegraph (paywalled) reported calls for the flu vaccine to be free for everyone, while The Sydney Morning Herald revealed the vaccine’s effectiveness may have dropped below 40 percent this year, with experts calling for the Federal Government to introduce two new super vaccines that are available overseas. Associate Professor Aeron Hurt, part of the Australian team at the World Health Organization working on the vaccine, said:

Even when the virus-vaccine match is perfect, the vaccine typically only yields about a 70 per cent effectiveness. That really is a reflection the vaccine is not perfect.”

Writing in The Conversation and on Croakey, immunisation experts Julie Leask and Samantha Carlson warned a more effective vaccine wouldn’t address all the barriers to people getting vaccinated – including cost, time, awareness and advice.

In this explainer, ABC News spelt out why this year’s flu season has been so bad, and The Guardian reported that infectious disease experts were calling for more research and funding to be directed to identifying people at highest risk of dying from secondary infections once they have the flu.

Meanwhile, BBC News reported that researchers were seeking UK patients to trial a new “universal” vaccine against seasonal flu that would target parts of the virus that don’t change each year. The UK Metro newspaper warned the “killer Aussie flu” was set to spread to Britain in time for winter and could prove as deadly as 1968 Hong Kong pandemic, which killed between one and four million people.

In the US, health news watchdog HealthNewsReview.org took aim at a New York Times story titled “An upbeat mood may boost your flu shot’s effectiveness”, pointing out that the reference was a single British observational study of 138 people, which failed to establish any causal relationship between people’s mood and flu vaccine efficacy.

This week’s shocking, deadliest mass shooting in recent US history, in which a lone gunman killed 59 people and injured more than 500 in Las Vegas, has again thrust the issue of gun control into the international spotlight.

Fortune magazine reported on the long-running efforts by Dr Garen Wintemute, an ED physician who runs the University of California’s (Davis) Violence Prevention Research Program, to reframe the United States’ national epidemic of gun violence like any other epidemic – as a public health problem or national health crisis.

While government funding into research on gun control has dried up, Wintemute has been financing his own program’s research, using in part his own savings, the article reported.

Health experts are urging the National Institutes of Health to renew funding for gun violence research that expired earlier this year, Stat News reported. Rinad Beidas, an assistant professor of clinical psychology at the University of Pennsylvania’s Perelman School of Medicine, said:

We all feel keenly how important it is to study firearm violence the day after, the week after, a tragedy occurs in our country.

But the urgency tends to fade with time. Having a standing program announcement that says, ‘Hey, this is important, this is something we want to support,’ signals to the research community that this work needs to be done.”

Shooting was now the third leading cause of death for US children, Newsweek reported, with a new study showing that an average of 5790 children in the United States received ED treatment for gun-related injuries each year, with about one in five of those injuries shown to be intentional.

The Guardian looked at why gun control in America had failed and The Huffington Post reported that Australia was seen as a test case in how tighter gun control regulations could reduce gun-related deaths, highlighting that a new three-month gun amnesty had resulted in 26,000 firearms being surrendered.

The Atlantic also explored the issue in an article titled “Australia’s lessons on gun control”, which concluded that the likelihood of the US achieving similar gun control legislation was “close to none”.

In a piece also published in Fortune, Australian public health expert and gun control advocate Professor Simon Chapman wrote that in the 21 years since the Port Arthur massacre and passage of tighter gun control laws, Australia had seen a fall in total firearm deaths and no mass shootings. He wrote:

Australia is far a safer place today than it was before we took action to limit the availability of guns. If the US doesn’t reform its gun laws, it will stay exactly where it is.”

Our body clock, or circadian rhythms, which regulate when we sleep and wake, might not sound like the most pressing scientific mystery, but this week’s announcement of the Nobel prize in Physiology or Medicine to a trio of US scientists has changed that perception.

The Guardian reported that Jeffrey C Hall, Michael Rosbash and Michael W Young were recognised for their discoveries explaining “how plants, animals and humans adapt their biological rhythm so that it is synchronised with the Earth’s revolutions”.

NBC News reported that the prize took the scientists by surprise: “The phone call at 5:10 this morning destroyed my circadian rhythms by waking me up,” Rosbash, 73, told a news conference.

The Nobel prize committee said their findings had “vast implications for our health and wellbeing”, BBC News reported, with our mood, hormone levels, body temperature and metabolism all fluctuating in a daily rhythm.

STAT outlined the history of research into the circadian rhythm, while in this article in The Conversation, Professor Sally Ferguson explained why a better understanding of the “beautiful mechanism” of the body clock matters:

We are starting to understand the range of health challenges experienced by those who have to work against their internal clocks, such as shift workers.

We can predict times of the day and night where alertness and performance are likely to be impaired and thus control the health and safety risk.”