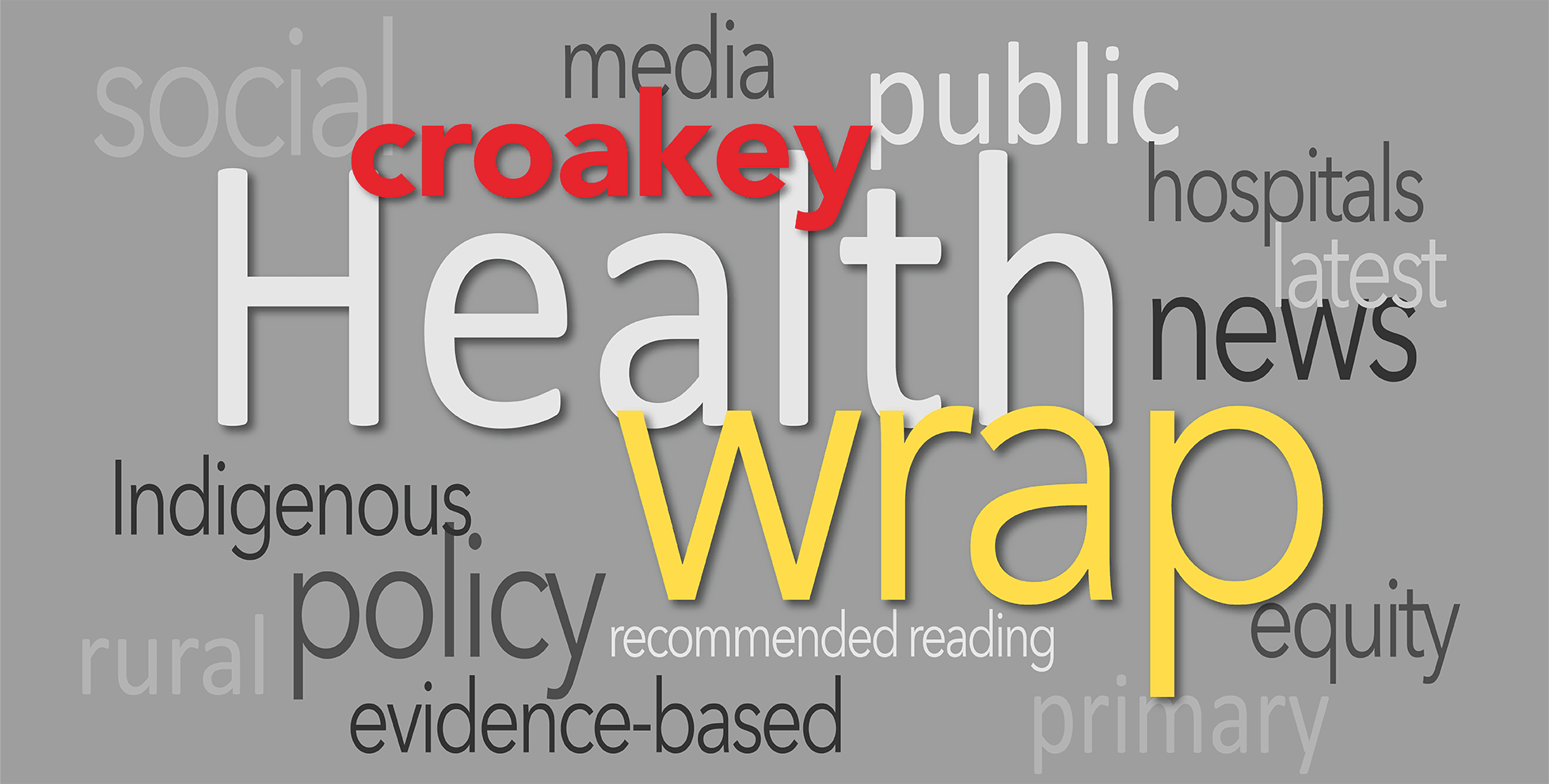 There’s plenty to consider this week, in Australia and in the US.

Health issues in the upcoming US midterm elections

On Tuesday November 7, the people of the United States will vote in the US midterm elections to elect local, state and federal lawmakers. Although President Trump is not on the ballot, this is essentially a referendum on his presidency to date.

Never has an election been more important; if the Democrats fail in their efforts to take back the House of Representatives, Trump will take this as a sign that he can continue his divisive agenda with impunity. Given what’s at stake – for both sides of the political divide – a record turnout for the midterms is predicted. Shockingly, this will still likely be less than 50 percent of eligible voters. If you are a political tragic, you can read my recent pieces on US politics here on Inside Story magazine.

Not surprisingly, health care has emerged as one of the top issues for voters. The issue is playing a prominent role in many House, Senate and gubernatorial races, and health-related measures have made it onto the ballot in several states. The Kaiser Family Foundation has an excellent section on how health care and the candidates is playing out.

Democrat candidates are highlighting popular provisions in the Affordable Care Act (Obamacare), which is suddenly more popular than it has ever been. Republican candidates are struggling, especially those current lawmakers who have voted over 70 times to repeal Obamacare. In the face of angry constituents concerned about their health insurance, particularly whether it will cover those with pre-existing conditions, have resorted to a Trump tactic – lies.

Trump repeatedly promises to protect health insurance cover for pre-existing conditions, but his administration continually backs legal efforts that would jeopardise the provision. He recently tweeted: ”Republicans will totally protect people with Pre-Existing Conditions, Democrats will not! Vote Republican.”

Now Republicans who have consistently voted to repeal Obamacare (without anything to replace it) are pledging their support for the provision. This is pretty audacious spin and it’s not clear if they will get away with it.

Denigrating Medicare for All

It is also interesting to see the extent to which the Trump Administration is engaged in efforts to undermine support for the Medicare-for-All proposals. By some estimates this approach to a single payer system is now supported by 70 percent of Americans.

Last month the White House Council of Economic Advisors put out a paper entitled The Opportunity Costs of Socialism, with the underlying rationale that “Socialism is making a comeback in American political discourse.” This is a really gob-smackingly dreadful piece of propaganda and I’m not suggesting you read it.

The report concludes that Medicare-for-All must not be allowed to proceed because then voters will want to socialise other sectors and have the government run most of the economy.

Meanwhile Senate Leader Mitch McConnell was being more honest than most: he is threatening cuts to Medicare, Medicaid and social security in order the address the budget blowouts caused by massive tax cuts passed last year.

There was an interesting piece recently in the New York Times entitled Doctors Should Tell Their Patients to Vote. The author finds that “[doctors] are recognising that our purview extends to the entire structure of our society and that politics is “nothing else but medicine on a large scale.” Political decisions that affect insurance coverage, access to medical care, housing, minimum wage, immigration law, water sources — just to name a few examples — exert medical effects that are comparable with those of major diseases.”

In much the same vein – but a little less political – I found this 2017 piece from Don Berwick on Moral Choices for Today’s Physician. He writes: “The work of a physician as healer cannot stop at the door of an office, the threshold of an operating room, or the front gate of a hospital. The rescue of a society and the restoration of a political ethos that remembers to heal have become the physician’s jobs, too. Professional silence in the face of social injustice is wrong.”

I have a tough time reconciling the Morrison Government’s bragging about the state of the economy with reports on poverty in Australia.

Last month ACOSS released the Poverty in Australia 2018 report. It found that 739,000 Australian children (17 percent) are living in poverty. The highest levels of poverty are among households that rely mainly on social security payments, which usually sit below the relevant poverty line. Childhood poverty has increased since the global financial crisis of 2007 due to social security changes, especially for sole parent families.

The cost of housing is usually the biggest impost on the family budget. The risk of poverty is more than twice as great (21 percent based on the 50 percent of median income poverty line) for households renting privately than for home-owners (8 percent) or home purchasers (9 percent), reflecting the higher cost of private rental housing.

A recent report from the Australian Institute of Family Studies, looked at the extent to which children experience short-term and ongoing housing stress and inadequate housing, using data from the Longitudinal Study of Australian Children.

ABC Life Matters looked at this issue on October 23.

When 60 percent of low-income families are spending 40 percent of their income on housing, there is little left each week for the other essentials of life – food, transport, heating and electricity, and school expenses.

The consequences last into adulthood

Poverty has a lasting impact on children’s lives; it affects learning and achievement and physical and mental health.

Children and young people deprived of food, clothes and other necessary items reduce their engagement with school due to hunger, shame or being excluded or marginalised. This impacts their development, education and eventually, employment opportunities and sets up an intergenerational impact. Analysis indicates if you are born into a poor family in Australia, it will take four generations before your descendants approach the average wage.

No-one sees the consequences of childhood poverty more than teachers. A recent newspaper article highlighted how teachers dip into their own pockets so children in their classes can have pencils, stationery, something to eat and school trips.

Evidence shows that reducing poverty leads to better health, education and employment outcomes for children, even if they have equal access to health and education.

Children’s perceptions and experiences of poverty must be key concerns for policy makers.

We need to look at the affordability and suitability of housing, at utility costs, at the costs of attending school and associated cultural and sporting events for low-income families, and at what cis needed for a liveable minimum wage and social welfare benefits.

Last year ACOSS called on the federal government to provide a future for all children by committing to reducing poverty by at least 50 per cent by 2030, in line with the Sustainable Development Goals.

Just as I finished writing this edition of The Health Wrap, I found reference to the UNICEF report The Children’s Report:  Australia’s NGO coalition report to the United Nations Committee on the Rights of the Child in my twitter feed. It’s a sad read.  It finds that “Australia is not making sufficient progress in policies and programs to support children, particularly disadvantaged children in our country. We have regressed in areas of critical importance and systems designed to protect children are in crisis.”

I didn’t tune into this Senate Estimates on October 23, but it is well summarised in this article in The Mandarin. There is also a media report here. If you are up for it, the full Hansard is here.

Topics covered included the Community Development Program, funding for remote housing, the Deloitte report on progress against the recommendations from the 1991 Royal Commission into Indigenous deaths in custody, and Tony Abbott’s appointment as Indigenous envoy.

Indigenous Affairs Minister Nigel Scullion told the Senate Estimates Committee he first heard of Tony Abbott’s appointment as Indigenous envoy in news reports. He fended off questions about what a special envoy does and how it fits into the existing structure, saying Abbott reported directly to the Prime Minister.

The minister also played down reports of Indigenous communities reacting negatively to a visit from Abbott and said he had not had any complaints about the appointment.

Aboriginal gathering places as a cultural determinant of health

I found this very interesting paper by Jonathan Kingsley and colleagues recently via Twitter and wanted to share it further. Entitled “Here we are part of a living culture”: Understanding the cultural determinants of health in Aboriginal gathering places in Victoria, Australia (published in Health & Place, 54: 210-220 November 2018), it explores how gathering places in Victoria provide safe places to practice and learn Aboriginal culture.

It finds that such gathering places are inclusive and empowering, encourage healing and wellbeing, especially for people who have been marginalised. They are places for intergenerational and cross-cultural relationships, learning, and reconciliation. Such cultural determinants of health enhance community identity, wellbeing and resilience.

It is to be hoped that these findings inform the use/s to which the Redfern Post Office building, recently purchased by the City of Sydney to be a cultural hub for the Aboriginal people, will be put.

In 2018, 7 million people around the world will die prematurely due to air pollution. This week saw the launch of a new global clean air campaign called Every Breath Matters, spearheaded by a group of clean air champions that includes Christiana Figueres, former Executive Secretary of the United Nations Framework Convention on Climate Change, actor and activist Leonardo DiCaprio and Tedros Adhanom, Director-General of the World Health Organization.

The campaign was launched at the WHO ‘s first Global Conference on Health and Air Pollution in Geneva, along with a new WHO report, entitled Air Pollution and Child Health, Prescribing Clean Air . The report finds that over 600,000 children under the age of 15 are dying prematurely each year because they are breathing unsafe air.

Every Breath Matters will focus on addressing the impacts of:

The Director General of WHO sees air pollution as the new tobacco. The Global Conference issued a Call for Urgent Action to reduce deaths by air pollution as part of achieving the Sustainable Development Goals. You can watch the conference sessions on the WHO website.

There is – thank goodness – a lot happening in this space. There needs to be; some cities like Delhi and Beijing will soon be unliveable unless there are changes. There are strong links between air pollution and global warming which in turn affect health, ecosystems and food production.

This article Climate change, air pollution and human health in Sydney, Australia: A review of the literature brings the issues right home to Sydney. Air pollution in Sydney already has an adverse impact on cardiorespiratory mortality and morbidity. A conservative estimate is that the health costs of air pollution in the Sydney Greater Metropolitan Region are between $700 million and $6 billion annually.

According to the report, effectively implementing these 25 measures would result in a 20 percent reduction in carbon dioxide and a 45 percent reduction in methane emissions, preventing up to a third of a degree Celsius in global warming. The resulting reductions in ground-level ozone would reduce crop losses by 45 percent for maize, rice, soy and wheat combined. The measures would also result in reductions in outdoor air pollution (that could reduce premature mortality in the region by one third), and indoor pollution (that could help avoid about 2 million premature deaths).

I was unable to establish whether Australia was officially represented at the WHO conference. Somehow I don’t think it was a priority for the Morrison Government. 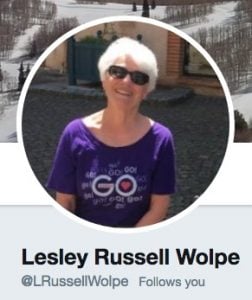