The latest news from the world of food policy and regulation

The debate over food regulation is set to escalate.  Governments across Australia are readying to respond to Labelling Logic, the Hon Dr Neal Blewett’s report on labelling of foods.  On the issue of front of pack labelling, health and consumer groups have narrowed the focus to the issue of front of pack traffic light labelling while the industry is vigorously lobbying for percentage daily intake (%DI) – the series of thumbnails on some manufactured foods.

Throw into this mix the pending release of the Draft Revised Australian Dietary Guidelines by the NHMRC.  Prior to engorging ourselves at Christmas, we will witness a struggle between an industry working hard to protect the profits of its multinational interests and the public health advocates who are watching the escalating epidemic of obesity and diabetes and cardiovascular disease. In the middle are governments around Australia caught between arguments about freedom of choice and the economic realities of escalating costs of chronic disease.

Lobbying of food ministers at federal, state and territory levels has been vigorous.  In a nutshell the choice boils down to a priority for business and profits on the one hand or a healthy future for Australians on the other hand.  The taxpayer will wind up paying to repair the damage resulting from the profits of the food industry if governments do not take appropriate action now.

The Preventative Health Taskforce suggested the “overall cost of obesity to Australian society and governments was $58.2 billion in 2008 alone”.  And the costs of treating chronic disease such a diabetes and cardiovascular disease associated with poor nutrition are likely to swamp the health portfolios of all governments by 2050 unless action is taken now.  The report, Health expenditure Australia 2009–10 which was released at the end of October, revealed that total health expenditure was $121.4 billion in 2009-10—up by $7.9 billion since 2008–09.

Industry argues the supremacy of consumer choice.  Real choice takes into account the external influencers as well as the need to understand options and ramifications.  However, in the current system healthy choices are much more difficult than unhealthy choices.  People have to make an effort to opt in and often pay more for the healthier choices.  Energy dense food is cheaper per kilogram because it is easier to produce and prepare and uses cheap ingredients rather than whole foods.  Further, the impact such foods are having on health it is not immediately clear to consumers and seemingly to industry and governments.  And as a nation we continue to put on weight.

But it is not all dark news!  Industry groups are participating with health organisations to reformulate for healthier food on the Food and Health Dialogue  managed by Parliamentary Secretary Hon Catherine King MP.  Already achieved is a remarkable reduction in the amount of salt in major brands of bread.  But much more is needed.  It is not hard to foresee the circumstances where reformulation of this kind will be mandated across all foods because of the public health crisis.

The Dietary Guidelines are important in providing the evidence-based dietary advice to improve nutrition and with it improved health outcomes into the future.  These guidelines will assist health professionals, industry and consumers to make good dietary decisions against a relentless barrage of inaccurate advice.

Those attending the Public Health Association of Australia’s Food Futures Conference in Hobart last week were informed by the NHMRC that there has been a comprehensive review of the available literature to strengthen the Australia’s guidelines.  Health and consumer groups accept that the guidelines must be written in the context of the real world, and understand they will take into account social and environmental considerations as well as economic imperatives.

The Government will take this a step further when it releases its draft National Food Plan that has also been the subject of intense consultation over the last six months.

The Preventative Health Taskforce provided a blueprint for action on obesity.  With regard to labelling, the Taskforce recommended “introducing a national system of food labelling to support healthier choices, with simple and comprehensible information on trans fats and saturated fats as well as sugar and salt and standardised serve sizes”.  This was followed by Labelling Logic recognising multiple traffic labelling as the simplest and most easily understood system of labelling food.

Governments around the country can have the wool pulled over their eyes by industry – or they can take the next step in dealing with the growing incidence of chronic disease and support the introduction of a mandatory multiple traffic light system so that consumers can make genuinely informed choices about what they are eating. 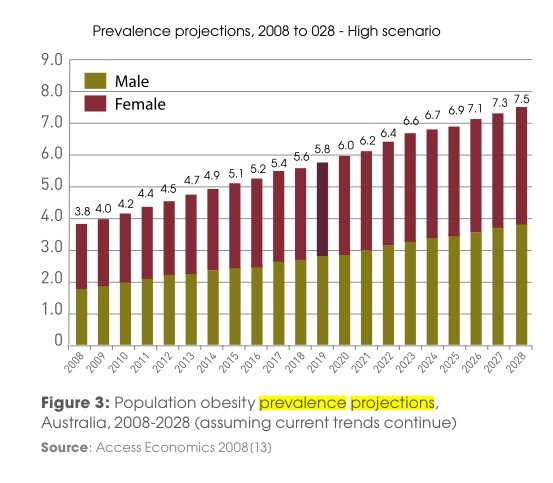 • Michael Moore is CEO of the Public Health Association of Australia.  He is a member of the Food and Health Dialogue.