Home Public health and population health environmental health The path ahead for preventive health: lessons from the UK’s Green Paper 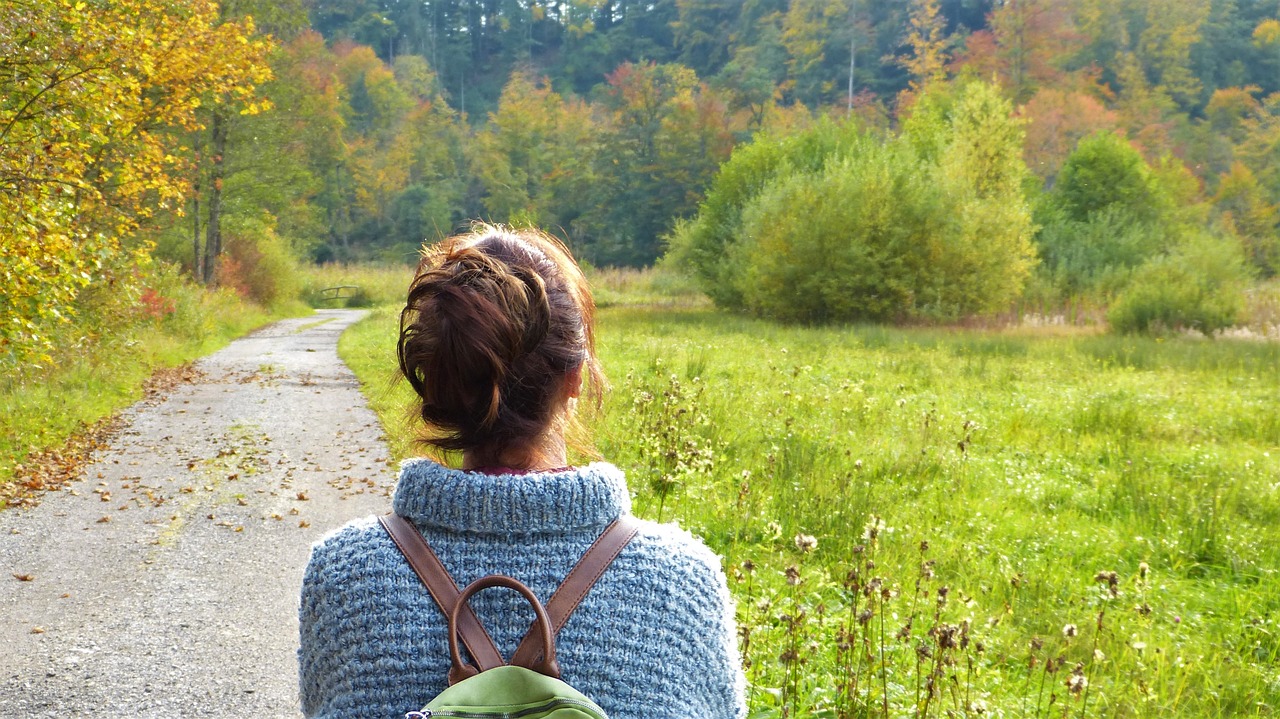 The path ahead for preventive health: lessons from the UK’s Green Paper

This announcement responded to longstanding calls from health and community sector groups for a nationally coordinated approach to prevention, in order to address major threats to our future well-being, such as obesity, climate change and growing income inequality.

Since this announcement was made, the UK Government has released a Green Paper (an official government consultation document) on Prevention. This document sets out the British Government’s position on preventive health and seeks input from the community and stakeholder groups on its proposed approach.

While the Australian health and community sector waits for further details from the Minister on the development of the Australian strategy, it’s worth asking what we can learn from the approach taken by the UK (and from other countries with nationally coordinated approaches to prevention).

Jennifer Doggett identifies some positives and negatives of the UK Green Paper in the post below.

The Green Paper has received a largely positive response from stakeholders in the UK, although there have been some consistent criticisms of its gaps and lack of practical strategies (see below).  Some of the positives of the paper are outlined below.

Equity is a strong focus and a consistent theme throughout the paper.  There is also an explicit recognition of the compounding impact of inequities across different areas.  For example, the Introduction to the paper states:

There is also a clear social gradient to healthy life expectancy. That is, people in deprived areas tend not only to live shorter lives, but they also spend more of those years in poor health.

Inequalities also exist across a range of other dimensions, including ethnicity, gender, sexuality and having a disability. The underlying causes of these inequalities often cluster together, with people experiencing ‘multiple disadvantage’.

There are also certain groups who experience poorer health outcomes than the wider population, such as people sleeping rough, leaving care, and offenders in prison or in the community.”

While the paper does not explicitly use the language of ‘social determinants’, it does address the importance of a number of social and environmental factors which influence health, including the following references to the role of green spaces, loneliness and cold homes:

We…..know that in the most deprived areas of England, people tend to have the poorest health and significantly less green space than wealthier areas.

Supporting people to avoid or move out of loneliness before it becomes entrenched can help prevent the adverse health conditions associated with frequent loneliness. The loneliness strategy is an important first step but government is committed to long-lasting action to tackle the problem of loneliness. As set out in the strategy, we will publish annual reports on the loneliness agenda, with the first report planned for late 2019.

There is a clear link between cold homes and ill-health, where existing conditions such as respiratory illnesses or mental health conditions are exacerbated. The government wants all fuel poor homes to be upgraded to Energy Performance Certificate (EPC) Band C by 2030 and our aspiration is for as many homes as possible to be EPC Band C by 2035 where practical, cost-effective and affordable.”

The Green Paper does not include detailed plans or individual strategies to address the issues it raises. However, it does include a number of specific and measurable goals which suggests a genuine commitment from the government to these issues.

For example, the paper explicitly supports an over-arching goal (set previously by the UK Government) of ‘5 more years of healthy, independent life by 2035 while reducing the gap between richest and poorest’.

What’s important about this goal is that it focuses both on quantity and quality of life and also includes an equity measure. This means that the goal cannot be achieved by lifting average life expectancy and quality of life unless, by doing so, those worse off improve relatively more than those best off.

Other specific goals include:

We are setting an ambition to go ‘smoke-free’ in England by 2030. This includes an ultimatum for industry to make smoked tobacco obsolete by 2030, with smokers quitting or moving to reduced risk products like e-cigarettes. Further proposals for moving towards a smoke-free 2030 will be set out at a later date.

…we can now announce that the government will end the sale of energy drinks to children under the age of 16.

We will publish revised salt reduction targets in 2020 for industry to achieve by mid-2023 and we will report on industry’s progress in 2024. Influencing consumer behaviour through marketing and providing advice, including within the NHS, will also help.

We will keep all options open if a voluntary approach does not demonstrate enough progress by 2024. We will commission a urinary sodium survey in 2023 to measure progress towards the ambition and understand how much salt individuals are consuming.”

The Green Paper acknowledges the potential of using health data to achieve benefits at both the individual and population levels but also addresses the need to progress these activities in consultation with consumers.  The paper states:

Phase one of the programme includes building trust with the public about how data can be used to improve their experience, and the benefits of participating.

They [health authorities] will work closely with the public, privacy organisations and other relevant bodies … to understand what we consider to be acceptable use of our data. They will also explore developing models of dynamic, informed consent, so we can choose how and when we want to share our personal data for this purpose.

The impact achieved will be constantly evaluated in the open, with regular and transparent engagement with the health sector and the public – ensuring that individual interventions are having a positive impact overall, and that we are narrowing the gap between richest and poorest.”

Despite the largely positive response from stakeholders, there has also been some criticism of the Green paper from some health and community groups, including that there is no clearly defined role for local government.

For example, Councillor Ian Hudspeth, chairman of the Local Government Association’s Community Wellbeing Board, described the paper as ‘a missed opportunity to make the most of councils’ role and expertise’. He also said:

Everyone agrees that prevention is better than cure, but councils also need adequate funding for their public health services to help achieve the stated aims of this approach.

Only this, alongside a joined-up prevention approach across Government, can help councils tackle persistent problems like obesity, mental illness, substance misuse, sexually transmitted infections and the health impact of loneliness, as well as addressing some of the serious health inequalities that still exist across the country.”

Effective local government will be key to realising the aims and ambitions of the prevention green paper.

With adequate resources and devolved powers, we are ready as leaders in our places to drive this agenda forward, secure the best outcomes for our residents, and enable them to live a full and larger life.”

Spending commitments do not match rhetoric

The Government attracted some criticism for not making an explicit funding commitment to preventive health in the paper, particularly in the context of recent cuts to public health services.

Unfortunately, we have seen a systematic pattern in the past decade of all parts of the public health sector being subjected to a funding squeeze that has left preventive health care in crisis. A lack of joined up thinking and national standards has led to widening health inequalities.

These cuts come at a time when inequalities in life expectancy are widening. In England males living in the most deprived areas are now expected to die ten years earlier than those living in the least deprived, while for females the gap is seven and a half years.

We need to see the upcoming Green Paper as an opportunity to address these failures and put in place a well-funded, coordinated plan that provides patients with a preventive health system that meets their needs.”

The prevention green paper includes a number of promising initiatives to improve the health of the nation and prevent avoidable ill health, reiterating and building on the prevention efforts in the Long Term Plan.

We particularly welcome efforts to achieve parity of esteem for mental health and tackling social factors, such as poverty, debt worries, and poor housing, that are often associated with mental ill health.

But without addressing key issues such as insufficient funding and staff shortages within the public health system, it remains to be seen whether this will make the UK a healthier country.”

Inconsistent approach to alcohol vs tobacco

Ian Gilmore, chair of the Alcohol Health Alliance, criticised the green paper for being ‘inconsistent’ in its approach to minimising the harms of alcohol use, compared with those targeting tobacco use.

It’s strange that the prevention green paper is so inconsistent: the Government wants the UK to lead the world in tobacco control but won’t apply pressures to alcohol harms.

The green paper even states that ‘the harm caused by problem drinking is rising’. So it’s shocking that the only proposal in the paper is to relax the rules on what constitutes an alcohol-free drink. Once again, the Government puts the alcohol industry first and consumers last.”

Some stakeholders criticised the paper for lacking detail on proposed solutions to preventive health challenges. For example, George McNamara, director of policy and influencing at the charity Independent Age, described the green paper as ‘a shopping list of half-complete ideas’.

Preventing ill-health is absolutely vital for us as a country to ensure our wellbeing and prosperity – not least to ensure that all of us have the opportunity to age well and enjoy later life.

Yet these proposals from the Government represent a shopping list of half-complete ideas, many of which still require further detail and development, rather than an ambitious programme to improve the health of our nation.”

In relation to mental health, Centre for Mental Health chief executive Sarah Hughes said that the paper needs to be more specific about how it will address social determinants. She said:

So we need a whole government approach to tackling every aspect of health inequality.

The green paper makes a tentative step in that direction but it must go much further to put health in all policies across government: including in education, social security, justice and housing. It must produce a whole government mental health strategy.

And it must embed the public’s mental health in all decisions to promote and protect our wellbeing for generations to come.”