The pharma industry is also distributing The Australian’s health series…

Further to the recent discussions about the Medicines Australia sponsorship of The Australian’s series, the Health of the Nation…

Medicines Australia has now confirmed that as part of the arrangements with News Ltd, they have 20,000 copies of the Health of the Nation magazine to distribute.

A spokesman said: “We are distributing them among our 50 member companies, and have given about 750 to the Consumers Health Forum”.

This reinforces what a tremendous marketing coup the arrangement has been for Medicines Australia (as argued in comments at the bottom of this post).

Update, 2 Nov: I asked Clive Mathieson, editor of The Australian:

Q: Did you know that this was part of the deal with Medicines Australia? If so, did you have any concerns about how this would look for editorial independence (ie the sponsor of the series also being part of its distribution – an arrangement more common to advertising supplements).

Clive Mathieson: I was aware of that arrangement. It’s not uncommon for us – or other newspapers – to print extra copies of publications for commercial partners to distribute. The magazine was identical to the one that appeared in The Australian. And, as I have said before, Medicines Australia had zero input into the editorial direction of the magazine or its content.

For those fresh to this issue, these are some previous relevant posts

• Concerns raised about pharma-sponsored health journalism and the Crikey story

• This is no small matter

• Meanwhile, this post from last year has some other relevant background regarding media and medical conflicts of interest.

And for those who haven’t seen The Health of the Nation magazine, here are some grabs of the front and back covers, and of inside pages showing advertorials alongside editorial copy. 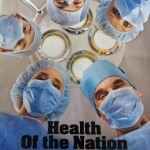 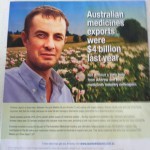 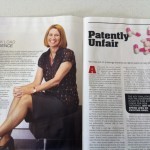 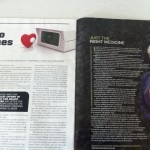