Home Public health and population health air pollution The planet’s health is no place for politics, and new laws for Australia might just make it so 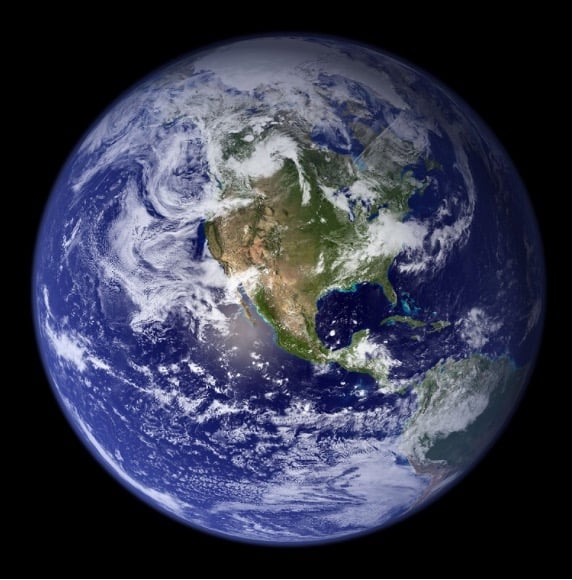 The planet’s health is no place for politics, and new laws for Australia might just make it so

In news you might have missed, there are moves afoot to change the way decisions about environmental issues are made in Australia.

For some time, an alliance of Australian environmental organisations has been working with a panel of environmental law experts to develop a new set of laws, and a regulatory framework that will provide environmental advice and decision-making that is free from the “political deals and ideology that threaten the environment and therefore the health of communities”.

Both groups presented their conclusions in Canberra last week.

In an article at the Conversation, Honorary Secretary and co-founder of Doctors for the Environment Australia, Professor David Shearman, described the proposed new framework thus:

“In very broad terms, the new agencies would do for environmental policy what the Reserve Bank currently does for economic decisions. That is, they would have the power to make calls on crucial issues (whether they be interest rates or air pollution limits) that cannot be vetoed by the government.”

These ideas will require grass roots and political support to be enacted, and are likely to be an issue at the next federal election. Below, Professor Shearman reminds us that we can no longer consider health and the environment separately, and encourages all those who work in health to engage with and support the new initiatives.

Last week, in a move welcomed by eminent immunologist and Nobel prize winner, Peter Doherty, the Australian Panel of Experts on Environmental Law (APEEL) put forward a proposal for the formation of new environmental laws for Australia, and an independent advisory body (the Commonwealth Environmental Commission) to be delivered by a newly created National Environmental Protection Authority (NEPA).

This legal expertise has been harnessed by an Alliance of 40 environmental groups, named “Places You Love” in a proposal for a new generation of national environment laws.

This initiative, outlined  in the article Why Australians need a national environment protection agency to safeguard their health, deserves detailed analysis by the public health community and indeed by all doctors concerned about the health and survival of humanity. The practice of medicine tends to be divided into silos of interest and the thoughts and ideas of other professions, in the present case those of our legal colleagues, rarely cross our paths.

Quarantining the environment from politics

The Australian Panel of Expert Environmental Lawyers (APEEL), in a commission from a national environmental Alliance, has produced a series of papers on legal mechanisms that might be used to provide security from political deals and ideology that threaten the environment and therefore the health of communities.

Understandably some initial reactions to these proposals relate to the demolition of US Environmental Protection Agency public health measures by the Trump administration; however Scott Pruitt’s anti environment crusade as head of the US EPA should only confirm that environment and health are indivisible, and any Australian solution must be even more secure and encourage us to recognise that we must strive for maximum security for necessary reform within the existing Constitution.

No health without environment

Recognising the parlous condition of biodiversity in the world and in Australia, the Environmental Alliance Places You Love (PYL) initiative has focussed on creating a secure institution to address this problem, with a Commonwealth Sustainability Commission to provide the necessary strategic decisions and linked to a National Environmental Authority (NEPA), to deliver them in concert with appropriate Ministers.

However the APEEL papers and PYL proposals have recognised that health must be part of the reform. It is the task of our health organisations to develop the input. This is a preventative health issue above all, and needs recognition of common cause between doctors and the environmental movement.

I urge all doctors to read the APEEL papers, and consider the solutions offered for secure action on climate change and the other environmental pillars of human health under threat: fresh water supplies, integrity of land for food production and biodiversity, all of which are interdependent

A tool to combat climate change

To consider just one of these pillars of health, if we accept the view of the World Health Organization that climate change is the greatest health threat of the 21st century, then current trends are serious. Already, it is responsible for thousands of deaths worldwide, and that figure is projected to rise to 250,000 to 250,000 by 2030.

Global energy-related CO2 emissions rose by 1.4% in 2017, an increase of 460 million tonnes (Mt), and reached an historic high of 32.5 Gt. Last year’s growth in emissions came after three years of flat emissions, and contrasts with the sharp reduction needed to meet the goals of the Paris Agreement on climate change.

Australia is participating in this rise in emissions and meanwhile extreme weather events, which already affect our emergency and health services have increased.

Both APEEL and the Places You Love (PYL) offer a way ahead to address climate change commensurate with international needs. They also offer legal options to curb air pollution, estimated to cause 3000 pollution related deaths per year.

We have grown accustomed to the glacial speed of reform in the face of standards inferior to World Health Organisation standards. At the APEEL meeting, DEA and Environmental Justice Australia presented evidence and solutions.

Having a national system of enforceable standards would impact favourably on health, when replacing the criteria currently accepted in many state approvals for development. For example, excessive air and noise pollution had been documented for years and accepted by governments before the rejection of the expansion of Stage 3 of the Acland coal mine in the Land Court.

The judge in that case turned the proposal for expansion down on the basis of a range of health and environmental transgressions, yet it is currently common for states to approve rather than reject this type of polluting development.

Beyond business as usual

One of our leading scientific figures Peter Doherty, having read the APEEL proposals for reform, writes:

“business as usual” is not a viable option for the future economy, defence and health of Australia.

Nor should it be business as usual for the medical profession, which must provide governments with a united and powerful voice for action and with input into the establishment of a Commonwealth Sustainability Commission and National Environmental Protection Authority, which will be an issue at the next Federal election.

*David Shearman, is Emeritus Professor of Medicine, University of Adelaide. He is Honorary Secretary, Doctors for the Environment Australia Inc. He has served as; an Assessor on the Health Aspects of Climate Change for two successive reports of Intergovernmental Panel on Climate Change (IPCC);  a Board member of the International Society of Doctors for the Environment;  President of the Conservation Council of South Australia.