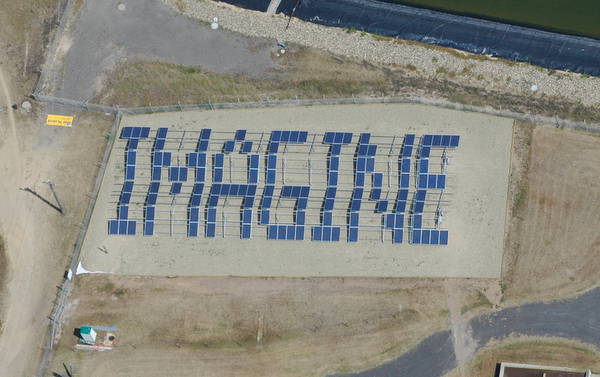 “The situation is catastrophic”: Time to prioritise the planet’s health? 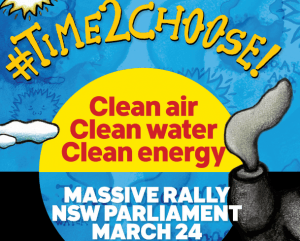 A big crowd is expected to gather this Saturday 24 March to Parliament House in Sydney for the #Time2Choose rally organised by 350.org Australia to call for clean, renewable energy, and for the protection of water, land and communities from coal seam gas and coal mining.

No doubt many of those marching will be thinking of those who have lost homes and suffered other losses and disruptions during a catastrophic week or so for many Australian communities.

Bushfires, so late in the season, have left a trail of devastation in the New South Wales coastal town of Tathra – destroying nearly 70 houses and 30 caravans or cabins, while 18 homes were lost to fires in southwest Victoria.

The World Bank says it’s a taste of things to come across the globe unless governments take strong action.

Its new report – Groundswell: Preparing for Internal Climate Migration warns that the  worsening impacts of climate change could force over 140 million people to move within their countries by 2050.

But it offers hope too that this worst-case scenario could be dramatically reduced, by as much as 80 percent, or 100 million people – with concerted action, including global efforts to reduce greenhouse gas emissions. World Bank CEO Kristalina Georgieva said:

“Internal climate migration is a development issue. Unless we act it will become the human face of climate change.”

The report is focused on the nexus between climate change, migration and development in three regions: Sub-Saharan Africa, South Asia and Latin America, because of growing recognition that more people will move within national borders to escape the effects of slow-onset climate change, such as droughts, crop failure, and rising seas, she said.

“Every day, climate change becomes a more urgent economic, social, and existential threat to countries and their people. We see this in cities facing unprecedented water crises, in coastal areas experiencing destructive storm surges, and in once vibrant agricultural areas no longer able to sustain essential food crops.”

(See a video from the report below).

“If we don’t talk now about climate change, then when?”

Yet still Prime Minister Malcolm Turnbull opted to express his “disappointment” that the Greens would try to “politicise” Australia’s recent weather disasters by linking this week’s bushfires and cyclone activity to climate change.

Turnbull, the once champion of climate change action, told reporters in fire-ravaged Tathra:

“You can’t attribute any particular event, whether it’s a flood or fire or a drought, to — or a storm — to climate change. We are the land of droughts and flooding rains, we’re the land of bushfires. Nature hurls her worst at Australians and has — for always and always will and always has. Often unpredictably.”

That’s been the classic fallback line since climate change policy (or lack thereof) in Australia became so politicised, though not in the way Turnbull means.

It’s also why we still don’t have a climate health strategy, despite the urging of the Lancet Countdown on Health and Climate Change Australia Policy Brief.

But it contradicts the trend and the science, as Fay Johnston from the Menzies Institute for Medical Research in Tasmania wrote this week at The Conversation, in an article looking at the health implications of returning to a bushfire zone “after the firestorm”.

Yes, Australia has a long history of bushfire disasters, but Johnston said “the risk is increasing as fires the world over are expanding in every dimension – in their timing, with extended seasons of favourable fire weather, frequency and severity.”

Raising the issue of the role of climate change in extreme weather events is always a delicate matter for families battling grief over lost homes and emergency service teams managing the aftermath, the Canberra Times wrote this week.

“But that doesn’t mean the rest of us can’t have a discussion about the issues,” it said. “If not now, when?”

In fact some of those families in Tathra are having that discussion and having it right now.

The town has been a hub of climate change action, with a goal of reaching 50 per cent renewable energy sources of electricity and cutting energy use by half from 2006 levels by 2020, led by the Clean Energy For Eternity (CEFE) group.

Until Sunday’s bushfire, CEFE had been planning to host a ‘Hub in the Pub’ talk this week on the science of climate change, the latest in a long list of initiatives, which include the acclaimed Tathra Community Solar Farm project – a 30 kilowatts ground-mounted solar installation, arranged to form the word ‘IMAGINE’ (see feature image).

Expressing relief the Solar Farm has emerged unscathed from the bushfire, the CEFE said in a post on its blog:

“Up until Sunday’s devastating fires the news out of Tathra has always been good – a tight knit supportive community acutely aware of the risks of climate change and working together for a low carbon future, as epitomised in CEFE’s slogan ’50/50 by 2020′, proudly displayed on the water tower as you enter town.

From all of us in the wider CEFE community our hearts go out to those who have their homes and now have to start the process of rebuilding their lives. At least no lives were lost. Tathra will recover, and what we need now is to IMAGINE that future. 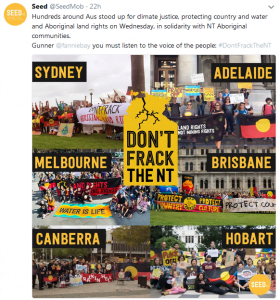 Imagining the future is also what Seed, Australia’s first Indigenous youth­led climate network, were doing this week with a national day of action to support its #DontFrackTheNT campaign.

You can watch a preview video about Seed’s Water is Life film, a documentary about the Aboriginal communities fighting against fracking plans in the NT.

Farewell to a species?

But there was also grim news elsewhere this week, including shock and dismay globally at the announcement that the last male northern white rhinoceros has died, leaving only two females with which conservationists hope to save the species from extinction.

Sudan, the “gentle giant” who lived in the Ol Pejeta conservancy in Kenya, was put down on Monday after the pain from a degenerative illness became too great, the Guardian reported. 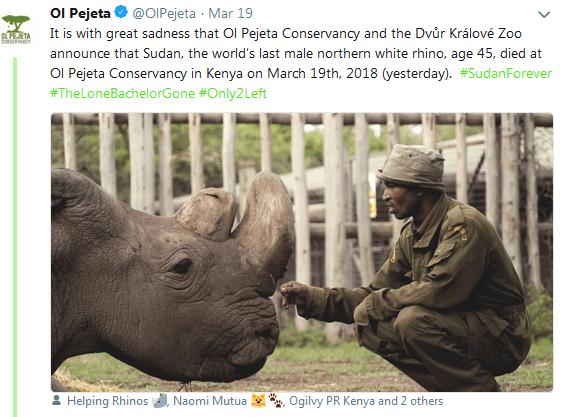 Meanwhile bird populations are collapsing in rural France, according to two studies which drew a link to the intense use of pesticides in farming.

In a communique released by the National Centre for Scientific Research (CNRS), which also contributed to the findings, Benoit Fontaine, a conservation biologist at France’s National Museum of Natural History and co-author of one of the studies said:

“The situation is catastrophic. Our countryside is in the process of becoming a veritable desert.”