Home Healthcare and health reform Tick a box – For the good of whom? 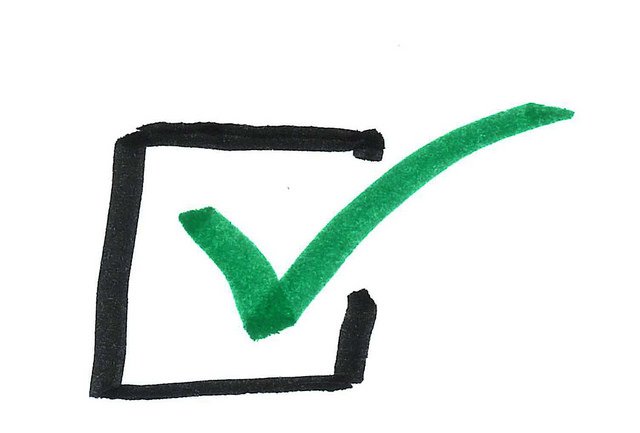 Tick a box – For the good of whom?

Earlier this week a post from Croakey’s Marie McInerney looked at the concept of implicit bias. This is bias that results from attitudes and stereotypes that are present subconsciously, causing unintended profiling and discrimination.

Marie was reporting from the World Indigenous Cancer Conference in Brisbane where the speakers from Australia and overseas agreed that implicit racial bias was a real threat to quality in healthcare. Encouragingly they also highlighted research showing it’s something that can be addressed.

The problem with implicit bias is that it can be very difficult to see from the inside of the health system, which is why the perspective below, from an Aboriginal doctor who has recent experience as a patient is so important.

Sydney-based intern Dr Talila Milroy points out that overcoming implicit bias is a requisite for good practice. After all, she writes,

“We are taught to approach each patient with an aim to understand their current complaint in the context of the multitude of factors that individually contribute to that person’s health, including their past medical, familial, social and racial characteristics.  Viewing every Aboriginal patient as a representation of statistics that are drawn from national data means that patient centered care is erroneously replaced with pattern centered care.”

This blog was originally posted on medical education website for junior doctors and students, onthewards. It is reposted here with thanks.

As a new intern, I am an infant in medicine and Indigenous medicine. I chose to study medicine because I wanted to work in the area of Indigenous social justice, with a particular interest in research and mental health. Seeing the medical world from a professional perspective has informally and formally educated me about Indigenous health, but also highlighted the ways that the health system can disempower and discriminate against Indigenous people.

Although I currently have limited clinical experience in Indigenous health, I have a breadth of personal experience that I would like to share.

I identify with two Aboriginal communities from the north of Western Australia. On my father’s side the Palku people and on my mother’s side the Yindjibarndi people, who are both situated in the Pilbara region of Western Australia. Although I identify with both these communities, I have never lived in them, and grew up in Perth until high school, when I moved to Sydney.

I have always been proud of my heritage, keen to learn about it and tell others about it. Growing up in a Perth suburb where you and your brother are the only Indigenous students in your primary school, however, means I have always felt somewhat different. Despite this, being judged for being Indigenous and being a victim of racism has been a relatively uncommon experience in my life.

This has been due to the fact that I do not fit the stereotype.  I don’t look, speak and act as people expect of an Indigenous person.  I have never thought of myself as, nor have been, disadvantaged: I went to a great school, my parents and family are all successful in their chosen careers and I have never gone without.

Throughout my life I have found that many in Australian society equate being Indigenous with poverty and disadvantage, and therefore I do not fit the common stereotype of Aboriginality. Not being perceived as Aboriginal has been a challenge in medicine and my personal life because it means that people speak freely about Indigenous people in front of me, and say things they probably would not, if they knew I was Indigenous. I feel like a spy: secretly gathering racial intelligence in the medical world. This is equally true for my experience of seeing how doctors treat their Indigenous patients and my own experiences as an Indigenous patient.

Three years ago I took my nine-month-old daughter to the emergency department with a broken arm after she fell from a trampoline. It was one of those injuries every parent has a story about – one second of lapsed supervision leading to disaster. While in the waiting room I filled out the generic admission form and ticked the ‘Yes Aboriginal’ box.

I did not hesitate. After all, why should it matter? There are posters everywhere about how knowing this information helps the hospital to treat you better and helps the health system by contributing to public health data. And I am proud to be Aboriginal.  There is no reason to be ashamed.

However during our admission my partner and I were interrogated multiple times about the circumstances of the injury, my GP to whom I had first presented was called to ask what kind of people we were and we were reported to the Department of Family and Community Services with a concern of child abuse. I felt my morals and parenting were judged. I felt that all my interactions with my daughter thereafter were being scrutinised. There was no single moment or comment that made me think the way we were treated was related to our Indigenous status but somehow I felt like it contributed.

She had to have a cast which meant a lot of sleepless nights with a very annoyed child, but she recovered well. As for the report, I assume it has been filed in a database, as we never had any other contact regarding the situation. I do not blame the doctor who was managing us. I know they were doing their job and in matters of child abuse nobody wants to miss something by under-calling a situation. But I did feel as if my, and my daughter’s Aboriginality, rather than our individual clinical picture, played too much into the decision to take that pathway, and I can’t help but wonder if things may have turned out differently if I hadn’t ticked that box.

Other members of my family and friends have had similar experiences: where they have felt their identification as Aboriginal impacted negatively on the perceptions of the professionals treating them or their children. Where parenting integrity has been called into question or our children are seen to be automatically disadvantaged because of their heritage. Where we are guilty until proven innocent. The overwhelming experience is one where we are left feeling either degraded and judged or pitied and patronised.

This encounter made me reluctant to take my children to the emergency department for any reason after that, despite the fact that I have a positive view of the healthcare system. So I can easily see how someone who has been disenfranchised or experienced racism in other areas of their life, could easily become distrusting of health care institutions. In addition, when someone is encountering a system they do not know particularly well, it would be easy to attribute how you have been treated to your race, rather than thinking that this is just how everyone is treated in a similar situation.

National health guideline recommendations clearly encourage the use of standardised identification of Aboriginal and Torres Strait Islander clients in order to maximise the ability to collect reliable data about service delivery, service effectiveness and inform policies on healthcare strategy (Australian Institute of Health and Welfare, 2010). Nowhere in the recommendations is it suggested that a client’s identification as Indigenous should have a bearing on the treatment they are given and more specifically

Additionally, failure to ask about Indigenous status has been identified as a barrier in the uptake and application of Indigenous specific services.  Knowing if someone is Indigenous can improve management by allowing them to maximise the in-hospital and community services that might be available. It allows us as providers to think holistically about our patient and what we as a service can offer to benefit them moving forward.

However, it is not the asking of the question that is the issue. While tick box systems and asking patients outright should be standard practice, it is the response to the answer that becomes a more important outcome of the interaction due to the potential for discrimination or scrutiny based on Indigenous status alone.

Presuming Aboriginality is associated with poverty and disadvantage is a flawed and disempowering stereotype.  Although, disappointingly Aboriginality and poverty are often interconnected, they are not interchangeable. It seems there is a pervading discourse within the health care system, structures and policies that frame Indigenous people with the assumption of deficit and inferiority.

We are taught to approach each patient with an aim to understand their current complaint in the context of the multitude of factors that individually contribute to that person’s health, including their past medical, familial, social and racial characteristics.  Viewing every Aboriginal patient as a representation of statistics that are drawn from national data means that patient centered care is erroneously replaced with pattern centered care.

The key to understanding Aboriginal patients, I believe, is not presuming to know them; by not presuming in either a good or bad way to know their story, their history or their health concerns.  Be open-minded. If we believe we know, then we stop trying to learn.

I never claim to know medicine despite having a wealth of information at the end of a gruelling medical degree. Because if I think I know medicine I will stop trying to learn it. Not knowing medicine is what makes it exciting and challenging and it is why, for the rest of my working life, I will have the privilege of being a student.

The medical profession has a lot more learning to do about the best way to manage Indigenous health care needs and delivery of effective services. In addition, it is important to change the discourse surrounding Indigenous people to one where patients can feel empowered by their Indigenous status rather than inadequate2. Research into Indigenous health is a great place to begin, but allowing Indigenous patients to tell their stories and feel safe doing so is something that each clinician should strive for.

I cannot know with certainty how ticking the box that day in the ED impacted my treatment. But I still regret it. I felt for the rest of my time in that emergency department I was treated, not with less care, but differently. If a patient has a pre-conception of how they will be treated, our actions can be misinterpreted as racially driven, rather than standard practice.

Nevertheless, there are innumerable encounters between health professionals and Indigenous and non-Indigenous people everyday. If every encounter became an opportunity to educate, reassure, or reassess our own perspectives the medical community would become a force for change for the better.

Talila Milroy is an Intern at Royal Prince Alfred Hospital.  She has a Bachelor degree in Medicine and Surgery from the University of Sydney in addition to a Bachelor of Science in which she majored in psychology.  Talila has two children and was the only Indigenous graduate in the class of 2015 in the Sydney Medical Program.  During her undergraduate years Talila worked in the Faculty of Economics and Business at Sydney University, The Garvan Institute and Moreton Consulting.  Talila is passionate about Indigenous social justice, health care education, being a mum and cooking.

This blog was first published for onthewards on 12 March 2016 and can be read at its original location at Tick a box – For the good of whom?.  onthewards.org is a free open access medical education website and app that aims to improve the availability of resources for medical students and junior doctors.